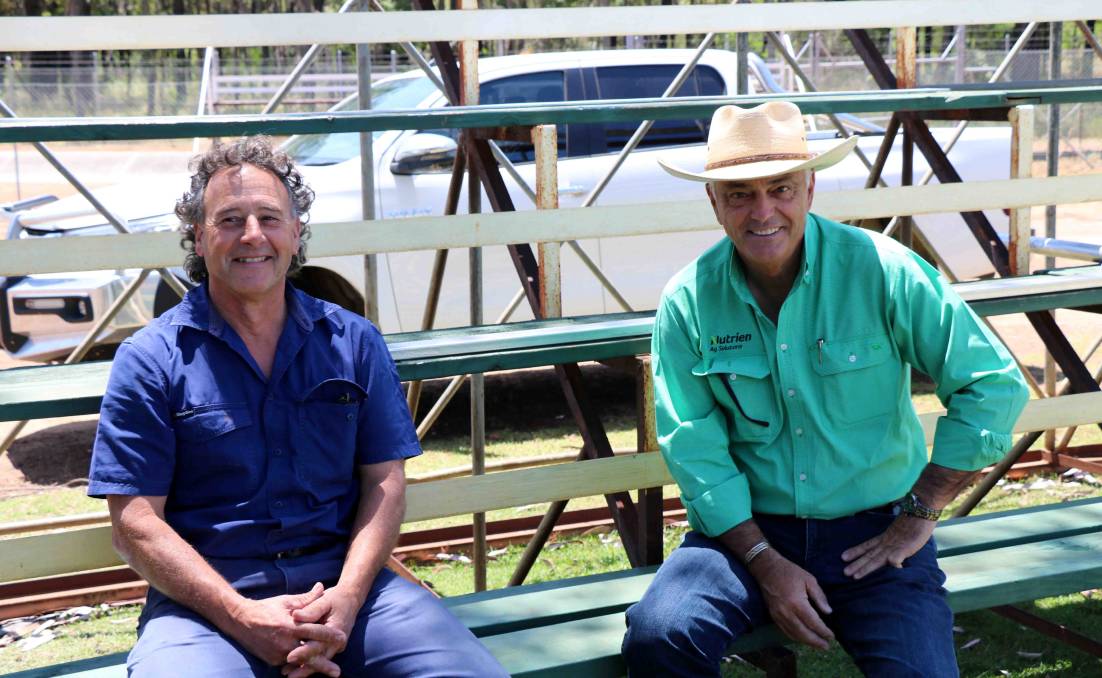 "All classes of cattle offered were very heavily sought after..."

NUTRIEN Livestock agents and staff were justifiably proud at the completion of last week's Boyanup store sale where more than 1500 cattle were penned to rewrite the record books on all classes.

The additional work of adding AuctionsPlus to the system paid dividends in spades with nearly 250 cattle bought by AuctionsPlus to continue the exodus of cattle from the State.

There were 30 registered bidders logged in on AuctionsPlus from New South Wales, Victoria, South Australia, Queensland and WA for the sale and 24 lots sold online after the catalogue had received 764 views.

Some regular buyers did not get a look in with support from all sectors of the beef industry.

Beef steers sold to a top of $2065 and 484c/kg which was a lift of 40c/kg on the last Nutrien Livestock sale at Boyanup.

Friesian steers also enjoyed a great result by selling to $1756 with the top of 368c/kg being an increase of 38c/kg.

Friesian poddie buyers have taken a little time to adapt to buying in c/kg but that did not hold back when the top calves sold for $835 to see a lift of 76c/kg over the top last sale.

Nutrien Livestock, Waroona agent Richard Pollock (left) was an active bidder once again and was pictured before the sale with client Keith Jefferys, North Dandalup.

Possibly the result of just over $2 million gross was the thing that caused the greatest smiles.

The sale commenced with a single Angus steer weighing 675kg from Kelly-Brae, Gelorup, that topped the steers at $2065 when bought for Kookabrook at 306c/kg.

Melrose Enterprises then added five in the next pen for $1709 when the steers from Robandy Trust weighing 518kg made 330c/kg.

Among the across border buyers included Princess Royal Traders with three Charolais steers weighing 486kg from Burradale costing $1800 at 370c/kg.

Another seven grey steers from JB Phillips joined them for $1724 when the 416kg steers sold at 414c/kg.

John Gallop collated a number of pens for a southern feedlot, paying $1646 at 400c/kg for nine Red Angus weighing 411kg, with these trucked from Williams by RG Major & Co.

The top of 484c/kg was paid by Ransom Family Trust for four Murray Grey weighing 220kg with these returning $1064 for Bergsma Trust.

Close behind were nine Charolais from Frank Ferraro when the 257kg steers were snapped up by Nutrien Livestock, Waroona agent Richard Pollock for $1239 and 482c/kg.

Eight Angus heifers in the first pen offered topped the section at $1636 when Delaney Livestock Services, Busselton, bid to 334c/kg for the Sargeant Family Trust females. 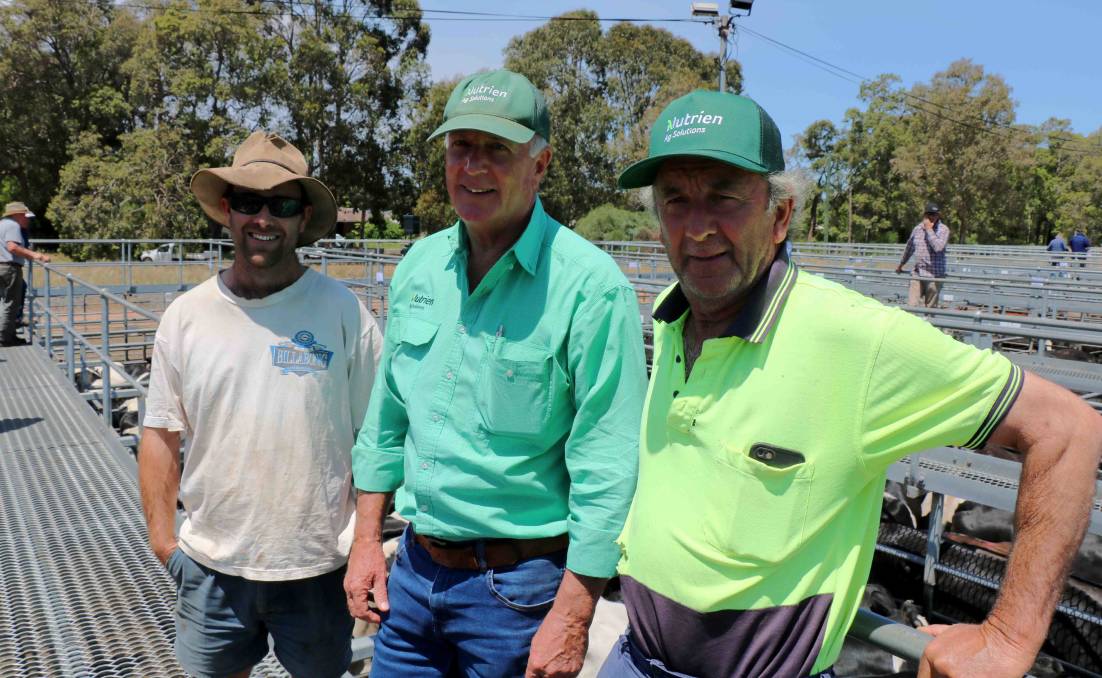 A single grey heifer from JB Phillips sold for $1649 going to Delaney Livestock Services, while seven lighter females in the pen made $1533, going to Greg Jones at 380c/kg.

Frank Ferraro took out the top of 424c/kg when the nine heifers weighing 279kg returned him $1184.

NJ & SM Tichmarsh, Boyup Brook, had a great day, topping the beef cross steers at $1934 when the 586kg steers went to Kookabrook at 330c/kg.

Nutrien Livestock, Brunswick/Harvey agent Errol Gardiner paid the top of $1756 for eight Friesian steers from Mathew Gardiner with another nine going to Melrose Enterprises at $1657 for 276c/kg. 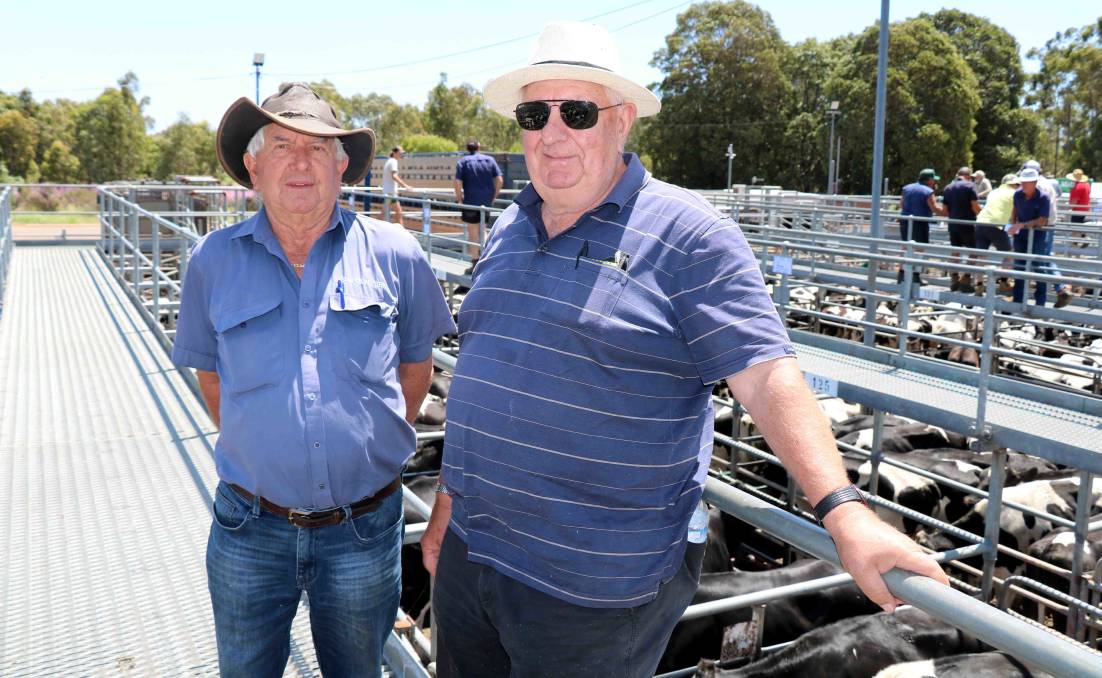 A line of three cows and calves from Riverton Farms made $2200 when bought by Mr Pollock, while a single unit went to Willowbank for $2150.

Nutrien Livestock, Boyanup agent Chris Waddingham said the sale offering with the exception of the heavy Friesian steers in store condition and not suitable to slaughter met with strong competition from start to finish.

"All classes of cattle offered were very heavily sought after and values rose 15-30c/kg and in some cases 50c/kg above the previous market at this venue," Mr Waddingham said.

"Pleasingly, buyers appreciated the young cattle being offered on a liveweight basis, thus eliminating the guesswork from their buying activities.

"Additionally, the AuctionsPlus platform also added significant competition to the market place on the day."