"Usually when women decide to run they have thought about it for a long time..."

DISILLUSIONED by the lack of female representation in Western Australian politics, Martina Ucnikova and Jessica Short founded the not for profit organisation She Runs in March this year, just prior to COVID-19 restrictions taking hold in WA.

Focussed on supporting women's political, economic and civic participation, the organisation had to wait until restrictions eased to launch its inaugural Campaign School, changing the dates and shortening it to run over four Saturdays in October and November.

"We had a large number of applications but we decided to put together a group of women that have great potential in politics and are already working for the good of the WA community," co-founder and chairwoman Ms Ucnikova told Farm Weekly.

Made up of women from various backgrounds and at different stages of life, the 23 member cohort includes students, women who are already members of local government and in executive roles.

Free to participants, the program was successful in securing funding from the United States Department of State Alumni Engagement Innovation Fund.

"Being able to offer the Campaign School free to our participants is something that is very important to us, as it levels out the playing field so that everyone, regardless of their standing in society is able to attend," Ms Ucnikova said.

The group heard from about 25 speakers that included politicians, policy makers and media representatives who shared their own experiences and gave advice on how to navigate the political landscape.

Embracing the co-operative spirit of the program, the speakers agreed to share their contact details with the participants so they could help them if they had any further questions.

"Usually when women decide to run they have thought about it for a long time, whereas research shows blokes just tend to put their hand up and give it a crack," Ms Ucnikova said.

"A lot of women need that extra encouragement to enter into politics because of the amount of scrutiny politicians are under and the added pressure in terms of the media and social media as well, which I don't think you can ever be 100 per cent prepared for.

"One of the things we're trying to show is that a lot of the time all you have to do is just put your hand up and everything else will work itself out."

Ms Ucnikova said there needed to be better representation of communities and women in all areas of government. 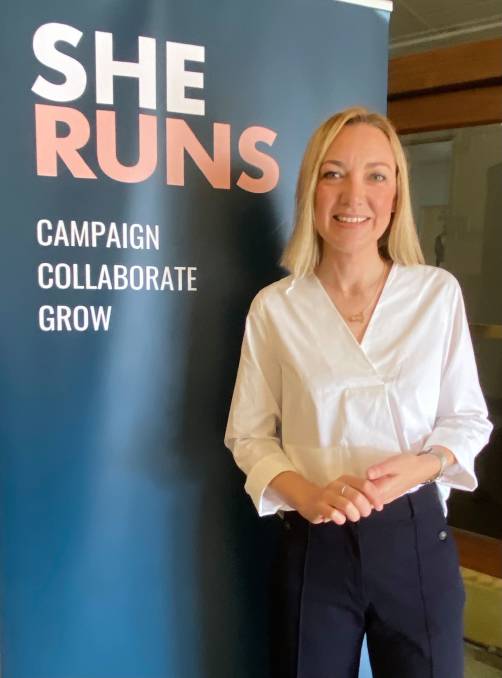 Mr Holt said the majority of the State's political parties didn't have a designated structure in how they recruited their members and future political leaders.

"I think initiatives like She Runs are critical because a lot of people don't understand how to go about getting into politics," Mr Holt said.

"This Campaign School partly opens the door for its participants and highlights the fact that you can make a difference in the world, no matter where you come from or what you do.

"You need little sparks of interaction in a fairly structured format to give people that opportunity.

"Really what they're promoting is a leadership development program but with the aim of having that leadership enter into politics."

Mr Holt said he was extremely proud for The Nationals WA to have a female leader in Ms Davies.

Next year, She Runs plans to take its Campaign School to the regions with dates expected to be released soon.