The Nutrien Livestock team, led by sale co-ordinator and local agent Ashley Lock, presented a quality yarding of 6264 ewes and lambs, made up predominantly of spring shorn maiden green tag and mature blue tag ewes and wether lambs from the local and surrounding areas.

Like recent sales, local WA buyers battled it out with a number of Eastern States orders to maintain a strong market across the fixture.

And while most of the mature ewes and slightly more than half the young ewes went to new homes in South Australia, Victoria and New South Wales, the balance of the ewes (including ewe lambs) and wether lambs all remained in WA.

A big crowd attended the saleyards with a strong representation from Nutrien Livestock and at the completion of selling, auctioneer Mark Warren, Nutrien Livestock, Katanning, had notched up a gross of $1,120,289 at an overall average of $179 across all descriptions.

Values peaked from the outset with the opening line of 333 October shorn Strath-Haddon blood 2.5 and 3.5-year-old ewes offered by K & J Price, Wandering, attracting plenty of prospective buyers who got amongst the bidding before being knocked down to Ben Kealy, Nutrien Livestock, Williams, representing a Williams grazier, for the sale's $232 top price. 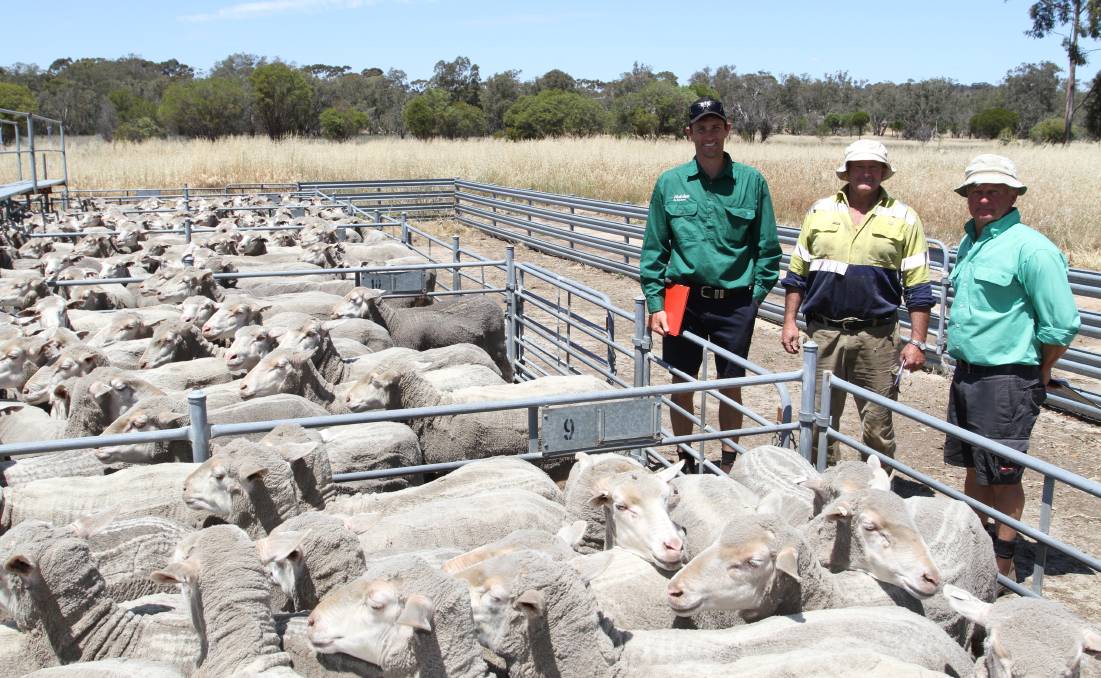 The big framed, well bred, grown and presented ewes were part of the flock dispersal of Kel Price who is moving towards retirement and believes it was the first time in his farming career he sold stock at auction.

The genuine line of ewes remained unjoined this year and the family's flock averaged 6.5kg and 95 per cent lambing over the past 10 years.

The following pen of 205 October shorn Nepowie blood 3.5yo ewes offered by SP & PA Kain, Narrogin, were only a few bids short of top dollar when they were sold for $229 to Ty Miller, Nutrien Livestock, Wickepin and Kulin, representing a Kulin client.

Armed with an interstate order from Narrandera, New South Wales and a few local orders to fill, Mr Miller remained busy throughout the sale.

He collected three lines of 1.5yo ewes for the NSW order and paid the $228 top price for the age group for 392 October shorn Fern Park blood ewes offered by KM Pauley & Co, Fern Park stud, Wickepin.

The quality ewes recorded a 10-year flock average of 21 micron and 95pc lambing.

Also going to the NSW order were 98 Darijon blood October shorn 1.5yo ewes offered by R & R Stott, Narrogin, costing $206 and 114 Nepowie and Eastville blood 1.5yo ewes trucked in by Taarblin Farms, Nomans Lake, for $193.

Mr Miller also secured 297 October shorn Centre Plus and Anderson Poll blood 1.5yo ewes offered by RL & CM Wiese, Highbury, for $205 which are heading to a Wickepin client and finished the sale with 291 September shorn Collinsville blood wether lambs offered by DW & RJ Thompson, Tincurrin, purchased for a Dudinin client for $110. 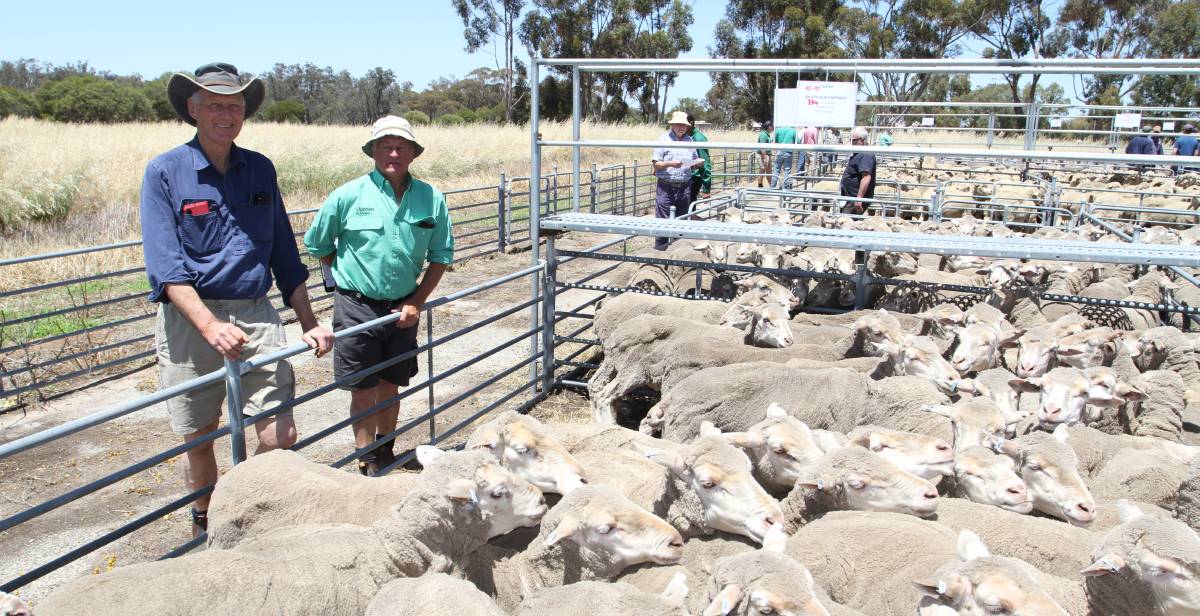 Vendor Gary Lorrimar (left), BH Styles & Partners, Highbury and sale co-ordinator Ashley Lock, Nutrien Livestock, Narrogin, look over the 333 October shorn Darijon blood 5.5yo ewes that sold to the Eastern States for $177. Mr Lorrimar also sold 308 August shorn 1.5yo ewes of the same breeding to Mr Lock for $206 who was buying for an Victorian order.

His first purchase was the Wiese family's first draft of 401 1.5yo ewes with the same shearing and breeding as their second draft for $222.

Jay MacDonald, AWN Livestock, dominated the mature ewe section of the sale, securing four of the five lines of 5.5yo ewes offered at the sale for a mid-northern South Australian order.

The other line of mature ewes was snapped up by Alex Camp Family Trust, Kojonup, at $180 for 281 March shorn Darijon blood ewes trucked in by BE & RD Hardie, Narrogin.

The sale swung on to the line-up of ewe and wether lambs with the section's opening and only draft of 319 October shorn Eastville blood ewe lambs offered by Brialee Farms, East Wickepin, knocked down to Murray Blight, Highbury, for $155.

An undisclosed buyer collected the next three lines of wether lambs operating at the top of the market.

Nutrien Livestock, Narrogin agent and sale co-ordinator Ashley Lock said he was pleased for the sale's vendors and the prices they received and appreciated the efforts of everyone involved in making a successful sale.

"I'm happy for all the vendors, it rewards all their hard work and for staying in sheep," Mr Lock said.

"There aren't many opportunities remaining to buy good ewes with a lot now gone to the east.

"It was a handy line-up of sheep with enough weight and condition to mate and I thank the vendors for the presentation of their stock and sticking with us to keep the yards rolling along.

"It was a great effort by the truckies to have everything in by 10.30am and a big thank you to the Nutrien Livestock team."