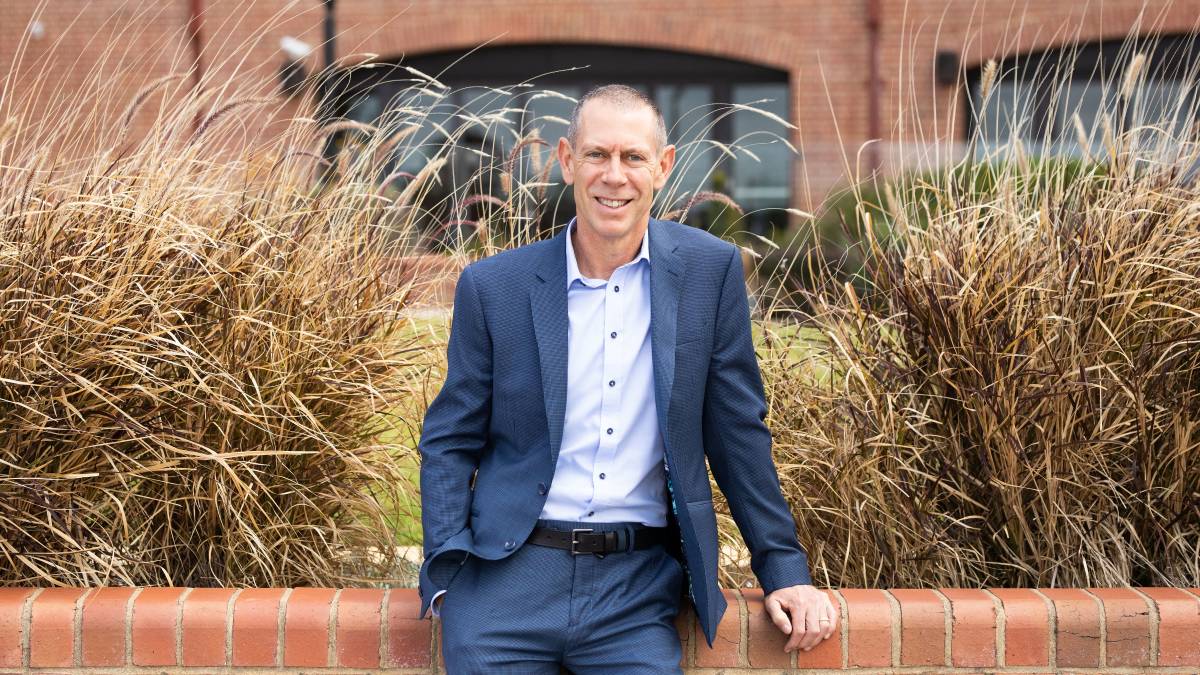 He was CEO for Mrs Mac's & has worked in wholesale, retail & food services

The appointment of a new chief executive officer (CEO) has signalled a new phase of domestic and international growth for Harvest Road Group.

So far 2020 has been a big year for Harvest Road investment wise, purchasing its first cattle station in the Kimberley and two properties at Hill River, launching its new aquaculture brand Leeuwin Coast, which includes Akoya oysters and mussels in the Albany region, along with continuing to establish its major Koojan feedlot and processing facility, near Moora.

Paul Slaughter will steer the company through this next stage of growth, replacing the inaugural CEO Greg Harvey who stepped down from the role a few weeks ago.

"We look forward to working with Paul to seize further opportunities to share the best of our local produce with the rest of the world."

Mr Slaughter said it was a privilege to join the group.

"It is a great opportunity to build on its incredible legacy and commitment to showcasing Western Australia's exceptional produce to the rest of the country and the world," Mr Slaughter said.

"We have an opportunity now to expand Harvest Road's place at the heart of WA's growing international food reputation."

It's been six-and-a-half years since the Forrest family purchased Harvey Beef and Mr Hartman said there were three key industry challenges the group faced at the time and has been working through.

"WA needed a modern, efficient processing business and we needed to invest into Harvey Beef to make sure that happened," he said.

"Farmers needed an efficient processor to maximise the value of their cattle to access both the domestic and export markets.

"That led to us improving the management at Harvey Beef and investing a significant amount of capital into the processing facilities."

Seasonality of the cattle supply chain has been another challenge, which Mr Hartman said the Koojan facility would help to address.

He said the facility would also benefit the WA beef industry in "providing another avenue for producers to send their cattle to, while also creating a new source of domestic demand for WA grain".

Koojan is set to accommodate 40,000 cattle at any one time in the first phase, which Mr Hartman said was expected to commence in July 2021 and WA Governor Kim Beazley visited the facility last week to see its progress.

Once operational, Koojan will be WA's largest feedlot, reportedly worth about $51.9 million.

Koojan's manager is Sean McGee, who is highly regarded in the Australian cattle industry, having previously been the feedlot manager of Rangers Valley, near New England, New South Wales.

Mr McGee has been working on the site for some time, as it is currently being utilised as a cattle depot for Harvest Road's station cattle.

Addressing sales channels, marketing strategies and value adding was a third area that Harvest Road has been targeting since it acquired Harvey Beef and Mr Hartman said Mr Slaughter's appointment would be key in this area.

"While we will always keep trying to improve efficiency at Harvey Beef and keep seeking to optimise the cattle supply chain, I see so much opportunity to optimise the sales channels for our products - beef or aquaculture - and also to make sure that we're telling the strong story about the WA provenance, both domestically and internationally," Mr Hartman said.

Harvest Road's beef is about a 50:50 split between domestic and export markets, with its export products being chilled and frozen meat only, no live cattle.

Looking at the growth of Harvest Road's beef business in the past six years, Mr Hartman sees the company's venture into aquaculture taking a similar business direction.

"We have grown the beef business very strongly in the past six years and in the past 18 months, the growth that we are now seeing in aquaculture I see in a similar way to where we were for Harvest Road beef six years ago," he said.

"We are at the start of something very exciting on our aquaculture journey."

While Tattarang and Harvest Road has been an active buyer so far this year, Mr Hartman said the company was not actively looking to purchase more land in the near future, however "we are always on the lookout for a good deal".

"Whilst we continue to keep an eye out, we are not actively pursuing any additional opportunities at the moment," he said.

The group also has no plans to venture into grain production or acquire cropping properties to supply its own feed.

"We look forward to creating some great relationships with grain producers to help supply the Koojan facility," Mr Hartman said.

The future of the agricultural industry looks very positive, according to Mr Hartman, as he sees demand for Harvest Road's agri-food products to continue into the long-term future.

Mr Hartman said the company viewed animal welfare as a priority as it was a major factor looked upon by its consumers, coupled with sustainability.

"We are very conscious of sustainability in all parts of the operation - whether that's greenhouse gas emissions, water usage etc," Mr Hartman said.

"The way that our agricultural products are produced and the desire for transparency from consumers in how they are produced is a dynamic that will continue to increase.

"For us, that is at the forefront of our mind - in the investments we make and the businesses that we operate and how they operate."

Harvest Road's sustainability commitment is evident through its research that is occurring over the next 18 months to map carbon emissions across its entire supply chain, with a covered anaerobic lagoon underway at its Harvey Beef site in the South West.

Harvest Road has also made an investment into the business FutureFeed, a livestock feed supplement which utilises a specific type of seaweed to increase production while simultaneously reducing methane emissions.

Sponsored by
A male patient with head injuries was one of three people treated by RACQ Capricorn Rescue and the Queensland Ambulance Service on Sunday evening following a quad bike accident in the Byfields National Park north of Rockhampton.
Test
There was a larger yarding of 1226 head at Nebo on Friday.
Test
Not too many businesses have handled the global pandemic that still has its grip upon the world like the red meat industry, according to Australian Country Choice CEO Anthony Lee.
Test
Why beef needs to know the history of veganism: surgeon Gary Fettke at Beef Australia
Test
The ADPF's attempt to block the Fair Go Dairy Scheme is a disgraceful and contemptuous move.
Test
Running performance against genetic potential underpins Wagyu growth
Test
A national survey aimed at improving the lot of home tutors is about to close and is seeking urgent responses.
Test
OPINION: Is there any stopping the city sprawl, this sign says it all.
Test