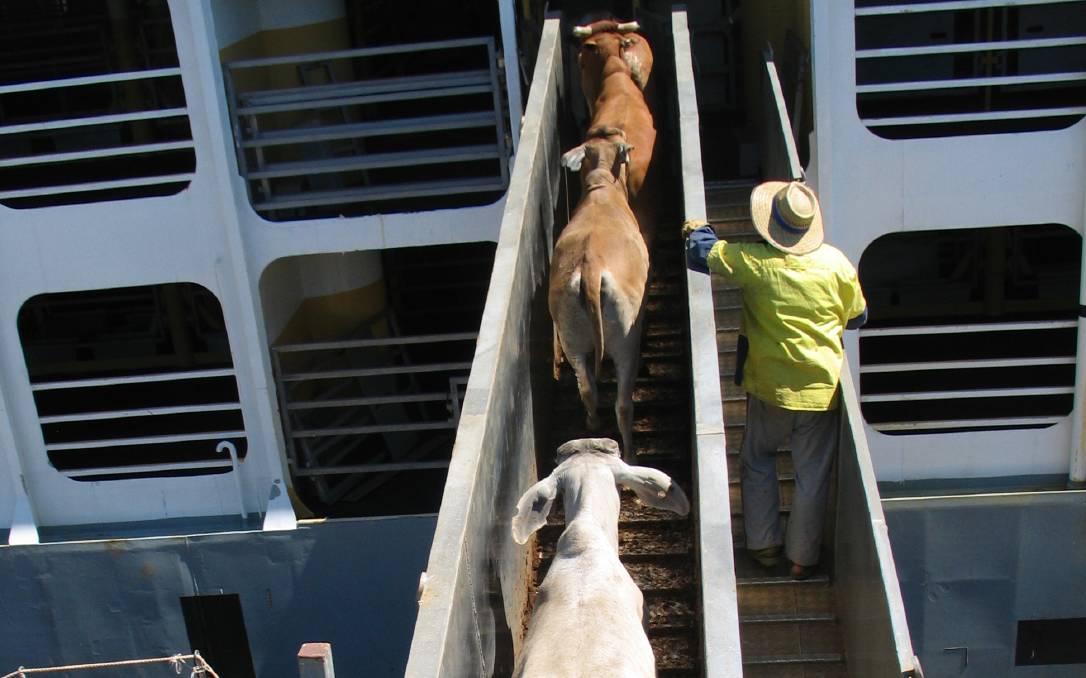 "Expectations are that cattle exports will contract further..."

October saw the highest monthly total for the year with 32,615 head sent to various trading markets as the season winds up in the North West.

The Department of Agriculture, Water and the Environment reports that 3999 head of feeders were shipped from Wyndham to Indonesia and 1705 head were sent to Vietnam last month.

Three vessels left Broome with 1992 breeder cattle and 1038 feeder cattle to Vietnam and 10,159 head of feeders to Indonesia.

Fremantle was also busy with four vessels taking 2311 slaughter cattle to Vietnam, 3498 to China, 2339 to Malaysia and 5574 feeder cattle to Israel.

In September just 17,532 head were exported - including four shipments from Broome.

Vietnam took 1924 head of breeder cattle and 3724 heads of feeders.

Malaysia took 2601 slaughter cattle, while Indonesia received 3269 head of feeders from Broome and 5589 head from Wyndham.

One small consignment of 160 slaughter cattle went to the United Arab Emirates and 199 to Kuwait from Fremantle, accompanying a sheep consignment to the Gulf.

June recorded the second highest number for a month this year at 31,662 head due to a 15,752 head consignment of feeder cattle to Indonesia from Broome.

The total figure this year is impressive considering that Australia has the highest price in the world for cattle at $3.80 a kilogram for Brahman feeder steers, 280-380 kilogram, ex-Queensland.

Meat & Livestock Australia (MLA) said demand for Australian cattle through South East Asia was expected to remain robust, however, cattle exports were anticipated to remain below one million head over the next few years due to a severely depleted northern herd.

"Live cattle export shipments remain reasonably stable and are expected to return close to 2018 levels, though down 16 per cent on 2019," MLA said in its Industry Projections - October Update.

"While shipments remained similar to 2019 levels for the first half of the year, particularly tight cattle supply has resulted in major trade declines in July and August.

"Expectations are that cattle exports will contract further, with forecasts not changing since the July update, which stated 2020 total exports would reach 1.1 million head, representing a decline of 16pc on 2019 levels."

To October 31, all live cattle exports from Australia reached a total of 898,646.

WA pastoralists have finished mustering in preparation for the wet season which is expected to start in coming weeks.

Kimberley Pilbara Cattlemens' Association chairman David Stoate said this week that the live export trade had "gone quiet" as preparations were underway for the wet season.

The Bureau of Meteorology has forecast possible storms from the northern Kimberley region to as far south as the Interior region for most of the week.

Isolated thunderstorms and lightning are also forecast for some parts of the Goldfields on Friday and Saturday.