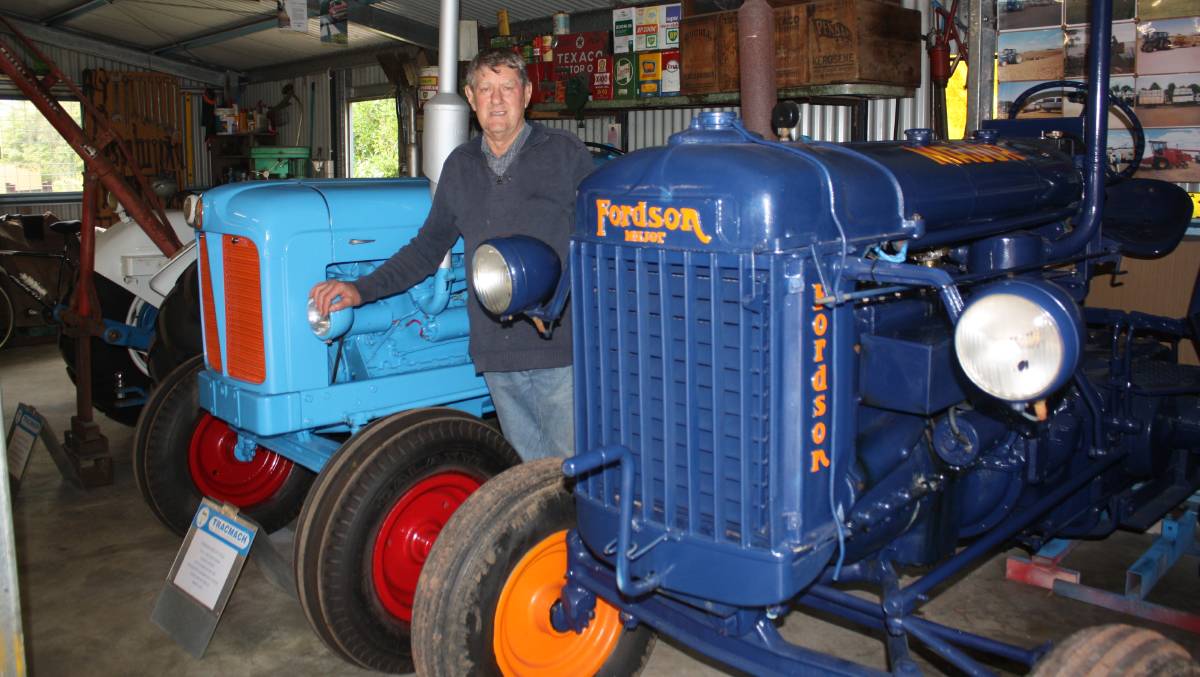 RETIRED farmer and Vintage Tractor & Machinery Association of WA (Trachmach) member Robert Cook got right to the point when Farm Weekly paid him a visit at his Busselton property recently.

"This is our flyer for next week's Lights (Lights on the Hill field day at Brunswick next year)," he said.

Having gratefully accepted the scoop, I then sat down to come up to speed with an enthusiastic tractor restorer and vintage car collector (one Holden EH and numerous scale models of cars and trucks).

Formerly a third-generation farmer from Dumbleyung, who left school in 1961 after "second year high", Robert retired from farming in 2007 and bought a property at Busselton to continue his passion of restoring tractors.

He started the hobby in the mid-90s, honing his skills as a panel beater and painter.

He joined Trachmach in 1995 and used to be a regular volunteer at the annual Kukerin Trachmach Show also displaying his first tractor, a BTD International crawler which was used for ploughing.

This of course triggered a memory.

"While I was at school dad bought a Fordson P6 (tractor) and when I got home I put my first crop in driving it and pulling a Sunduke bridle draft 18 tyne scarifier, working alongside our MH 744D tractor which pulled a 19 tyne Horwood Bagshaw scarifier," Robert said. 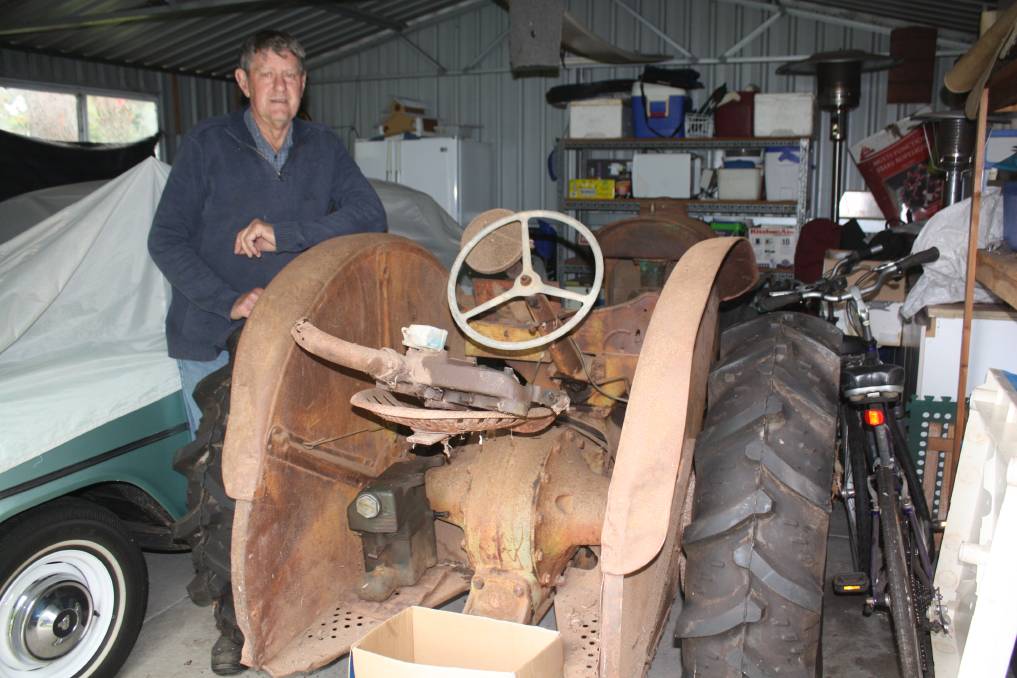 This is my next project," Robert said. "Hopefully I'll be starting on it over the next few years." Tractor aficionados may recognise this as a 1939 Fordson Model N, which was probably the most important tractor in the United Kingdom during World War II. The Fordson heritage started in 1916 and this particular model replaced the Fordson F. Like this Model N, it is powered by a 20 kiloWatt (27 horsepower) engine, sporting rear mudguards as standard, a higher voltage ignition system and optional pneumatic tyres. In 1935 power take-off (PTO) also was available as an option.

The Model N was probably the most important tractor in the United Kingdom during World War II.

It was powered by a 20 kiloWatt (27 horsepower) engine, sported rear mudguards as standard, was fitted with a higher voltage ignition system and you could get pneumatic tyres as an option.

In 1935 power take-off (PTO) also was available as an option.

The Fordson heritage started in 1916 and this particular model replaced the Fordson F.

Robert also has two rusted Fordson F tractors (1923 and 1927) outside the shed which he also is "looking at".

"I'll take bits off both to restore one," he said.

And when he gets around to it an unrestored International Harvester Super AWD6 is waiting.

This particular tractor was introduced to the Australian market in 1953 and sold until 1958.

It was the first diesel tractor manufactured in Australia for International Harvester, at the company's Australian factory in Geelong, Victoria.

"When I left farming, the plan was to restore a tractor a year but that never happened because of family commitments and holidays," Robert said.

"But I like to chip away and look for parts out of the UK and US, interstate and locally.

"It is getting a bit more costly these days sourcing parts locally and then there's overseas freight charges but sometimes it is cheaper to import say a new radiator rather than getting the old one fixed up here."

Robert also is a member of the Busselton Vintage Car Club and is the proud owner of a 1964 EH Premier Holden sedan housing the famous 179 'red' motor with a seven main-bearing crankshaft instead of four in the 'grey' engine.

"It was one of the best-selling Holdens of all time," Robert said.