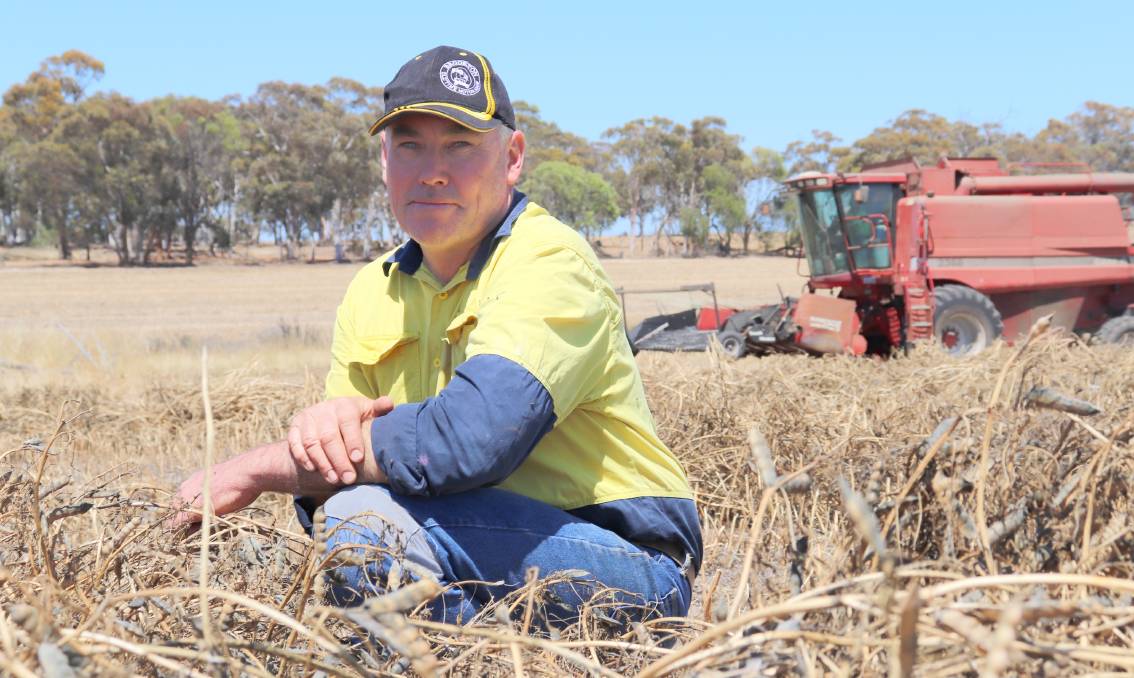 Harvest has begun on Murray Hall's 600 hectare farm in Brookton, but it has been a tedious affair due to the rain, with 42 millimetres falling in November.

"It's exceptional for the rain that we've had & goes to show the technology..."

FARMERS are increasingly able to do more with less rain, something that has been proven in Brookton this season with Murray Hall expecting to make at least average yields despite receiving 60 millimetres less rain than last year.

2019 was a very average season around WA and Brookton was no different - with only 280mm of rain received on Mr Hall's 6000 hectare mixed cropping and livestock farm.

No rain was received after August 30 last year and a hot blast around September 20 caused a lot of damage to crops.

With only 220mm of growing season rain this year, Mr Hall was expecting a similar, if not worse result, but favourable spring conditions, including no heat or wind events, have turned the tide.

"Last year was a disastrous year because our spring was so hot and we didn't get any rain after August," Mr Hall said.

"The conditions have been different this year, the quality seems OK and yield is back to average for what is quite a low growing season rainfall, so we'll get more grain from less rain.

"It was a very hand-to-mouth season in this part of the State and everyone was constantly looking skyward - while rain wasn't abundant and was always a day or two late to create some nerves, we got enough just when we needed it." 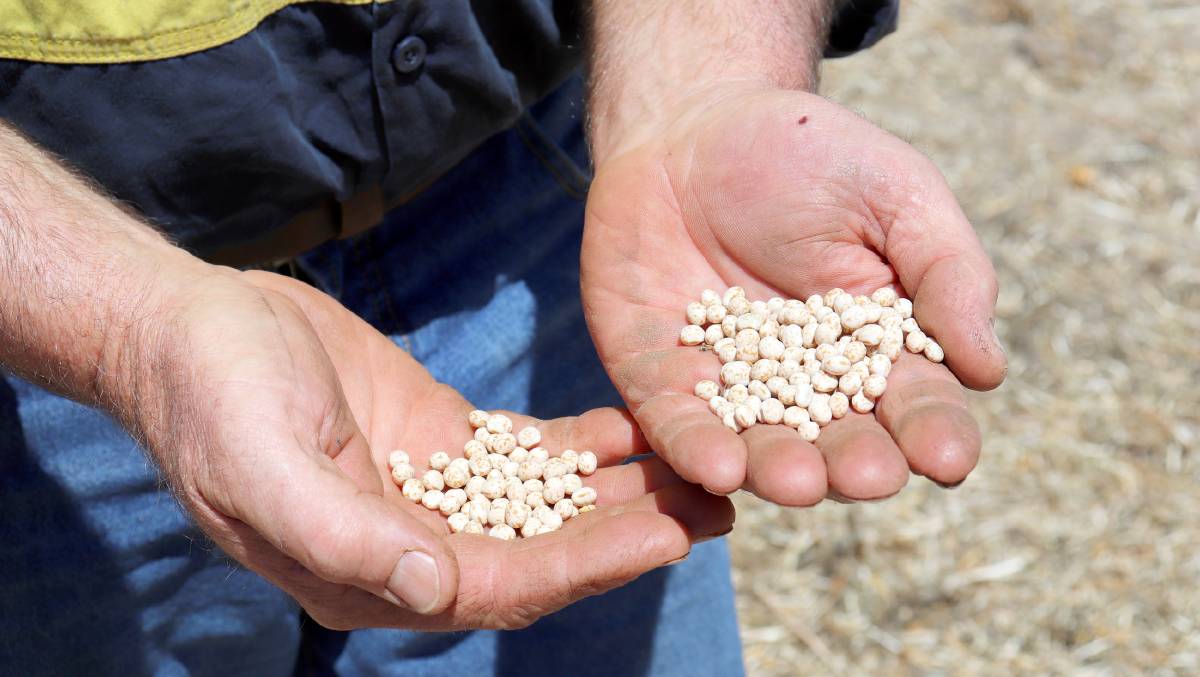 The rain hasn't caused too many quality issues, with these lupin seeds looking fine despite the casing appearing quite dark.

While the rain didn't come during the growing season, 42mm did fall during November, meaning the year's biggest rainfall was in the middle of harvest.

Mr Hall was able to fire up the header for one afternoon around November 2 before having to stop due to the moisture, with harvest not starting in earnest until the middle of the month.

"That's delayed things and will potentially cause some damage to the crops, but from what we've seen so far, it's been at least average yields and the quality has held up," he said.

"Looking at the crops, there is some colouring in the wheat but that's on the outside sheath, while the lupins are looking quite dark but the seed inside is fine at this stage.

"Some sprouting in the wheat is possible, as is some colour of mould issues in the barley, but canola and oats will be fine."

It's a similar story around the region, with a lot of growers pleasantly surprised at how the year is turning out.

Referencing last year's rainfall compared to this year's, farmers expected yields to be below average and while it's not going to be a bonanza year, it's definitely going to be better than anticipated.

On his property, which he farms alongside his brother and their respective families, Mr Hall planted oats, barley, canola and wheat, plus lupins, mainly for on-farm feed, and some pasture species. 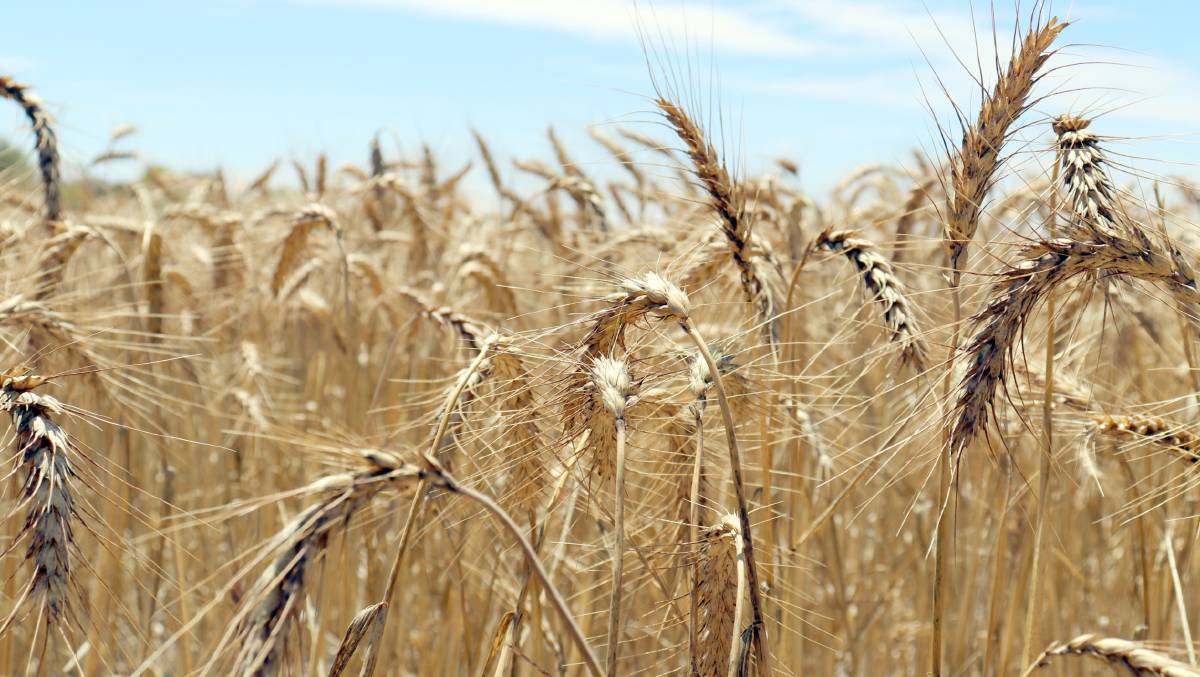 In the Brookton area, people strive to get 3t/ha and hope for at least 2.5t/ha, with Mr Hall definitely sitting in that range for wheat this year.

Barley plantings on the property were adjusted due to the Chinese tariffs announced earlier in the year, with the Halls choosing to swing back to wheat in some paddocks.

However, Bass barley was still sown for domestic use and it is expected that at least some of it will make malt grade, whereas last year there was nothing as proteins and screenings were too high

"In this area, people strive to get three tonnes per hectare and hope for at least 2.5t/ha, we're definitely sitting in that range for wheat and barley will hopefully be a little higher," Mr Hall said.

"It's exceptional for the rain that we've had and goes to show the technology and tools that we have around fertilisers and ag chemistry really are useful.

"Over the years, we've modified our seeding equipment, introduced liquid banding and wetting agents and are using more and more sophisticated machinery."

While the season has turned out better than expected for the cropping enterprise, the lack of rain over two dry years has caused surface water for the livestock program to become a problem.

The Halls have destocked to take some of the risk out, cutting down the flock by about 10 per cent which takes numbers to roughly 14,000 head.

"We stopped harvesting as soon as the rain came and went seeding to plant sorghum - it's our third time planting it at this time, we didn't do any last year because of the dry spring, but we're back on it this year," Mr Hall said.

"A shot of green feed is always welcome for the young sheep in terms of the minerals and vitamins they can pick up that they just don't get from supplementary feeding.

"Plus it's also a bit of a mental offset, when the rain comes during harvest we can go and look at something that's growing and is profitable."

There is no denying that it has been a strange and uncertain season, with the impacts of COVID-19 being felt from beginning to end.

The Hall's enterprise is balanced and diverse with both livestock and cropping, meaning the majority of their staff are full-time and they haven't been affected by the staffing shortages caused by the pandemic.

However they have heard some awful stories about people not being able to get trained staff or regular backpackers to come in.

"COVID has changed the way we're thinking in terms of our supply chain, we've taken on more and more of our inputs to have security of supply for fertilisers and agri-chem," Mr Hall said.

"The machinery dealers are having issues around parts supplies and I think that's going to get worse as we're hearing that the warehouses are emptying out overseas, which is concerning.

"The benefit of COVID, if there is any, is that it highlights what's important to people in terms of food and fibre, which has really put farming back on the map."

Overall, growers in the Brookton area seem to be feeling more optimistic.

"It certainly was a nervous season and farmers weren't so positive heading into harvest, but those in the area seem to have got the get out of jail card and they're pretty happy," Mr Hall said.