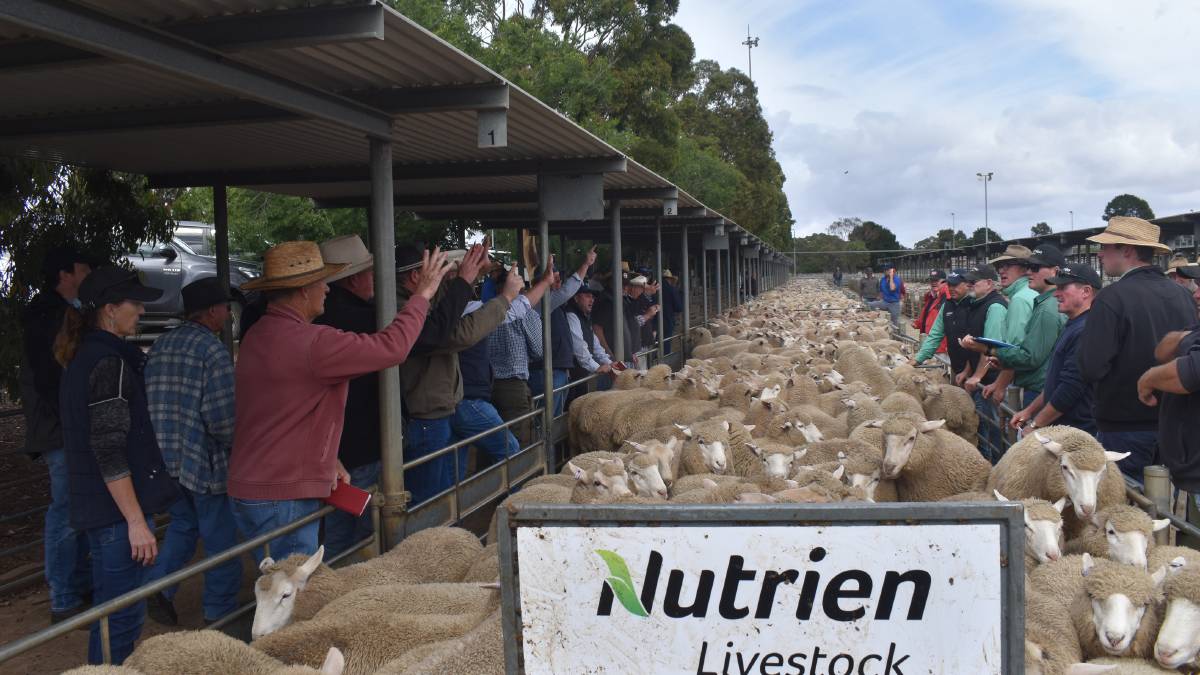 Sheepmeat markets have remained resilient during the year, buoyed along by a desperate demand from producers to rebuild flocks.

Unlike many agricultural markets, Australia's sheepmeat industry has remained resilient through a turbulent year, buoyed along by a desperate bid by producers to rebuild flocks whilst the season was on their side.

And although international demand continues to waver with recessions across a number of key export markets, confidence amongst sheep producers is currently at a high.

But rewind 12-months ago, things were looking vastly different, and the resilience of Australian sheep producers was in full view.

Drought, followed by the onset of widespread bushfires was finally topped off by a worldwide pandemic which led to a shift in consumer needs and purchasing behaviour throughout 2020.

Approximately 60 per cent of exported Australian lamb is channeled into the food service industry and given the impact of COVID-19 on dining out, this has had a significant impact on international demand.

Lamb exports for the year to November were down seven per cent on 2019 volumes while exports of mutton were back 23pc on last year.

"I think the entire industry was thinking that the lamb and sheepmeat market was going to come under more pressure because of COVID, but we actually came out okay," Mr Byrne said.

"When COVID first hit, there was a little bit of panic selling. We thought if we got $6 per kilo in this global economy that we were in back then, that may well be good money."

He said for those reasons, there were producers who offloaded stock early, but the number that had lambs ready at that time were few and far between.

"We were probably very fortunate that it hit when it did - in the depths of winter when there wasn't a lot of livestock to be marketed," he said.

"If you had a sliding doors moment and the initial outbreak of COVID was in the last two weeks, then I think it could have been a very different scenario.

"It stirred up the market for a couple of weeks in a significant way, but you have to bear in mind that sheep were at a record high regardless, so there was room for a correction.

Lamb and mutton are now both more expensive compared to this time last year, and slaughter rates are at a five year low, all due to a big push from producers to rebuild their diminished flocks.

Stronger demand from producers as opposed to processors is highlighted by the widening gap between trade lamb and restocker lamb prices.

Mr Byrne said a true indication of just how low the national flock is won't be properly known until we get a more measured season.

"NSW, and to a certain extent southern Queensland, they need a year or two of no drought to have the ability to replenish their flock to a decent degree," he said.

"During that period I think the rewards are going to be quite good, because the numbers just aren't there."

"COVID has given the sheep industry a small setback. We would have seen much higher lamb and mutton prices this year if COVID hadn't come along," Mr Dalgleish said.

"But the underlying fundamentals are still there and they are fairly strong and they are going to be strong for the next 10 years or more.

"Any sheep producer who has offered anything in that space would be taking a lot of confidence out of what they are doing."

And according to the recent Rabobank consumer confidence survey the high livestock prices are effectively outweighing concerns about the impact of COVID-19 and ongoing trade tensions with China.

Rabobank Australia CEO Peter Knoblanche said for farmers after years of drought and low or no returns for some, the tables have well and truly turned.

"Graziers who were able to hold on to sheep during the drought are now being well rewarded for it, with livestock prices reaching unprecedented levels during the spring and demand over the year ahead forecast to remain strong," Mr Knoblanche said.

Although export demand has begun to recover, the ongoing economic downturn will inhibit demand from reaching the pre-COVID-19 highs that saw the weighted average saleyard prices in 2019-20 for lamb reach 807 cents per kilogram and 584 cents per kilogram for sheep.

The average price of lamb exports is forecast to fall by 9pc to $8.76 per kilogram.

Similarly, the average price of mutton exports is forecast to fall by 6pc to $7.04 per kilogram.