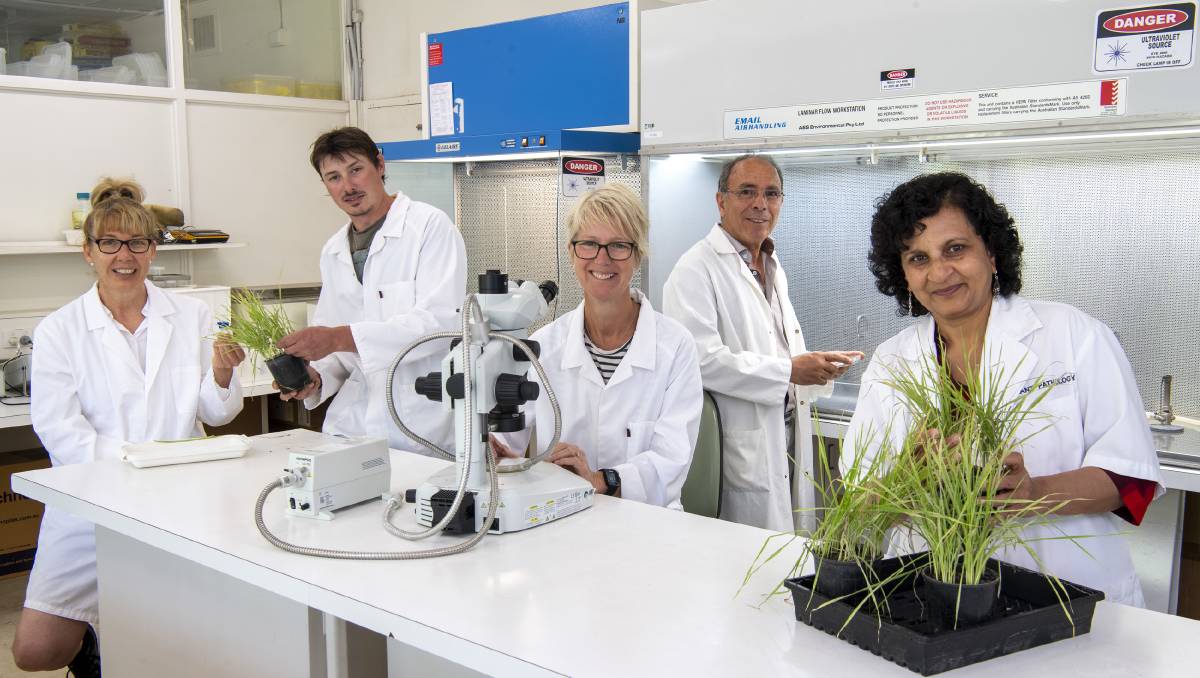 IMPROVED wheat varieties with triple resistance to some of the most significant fungal diseases are in development as a result of research being undertaken in Western Australia.

Research by the Department of Primary Industries and Regional Development (DPIRD) from a long running yellow spot project co-funded by the Grains Research and Development Corporation (GRDC) has identified the source of genes with the triple resistance.

Disease screening of 2445 wheat lines from around the world found seven lines with moderate to high levels of resistance to the three fungal diseases.

Five of the seven lines came from Mexico and Turkey, via the International Maize and Wheat Improvement Centre, while two lines originated from Syria, from the International Centre for Agricultural Research in Dry Areas.

DPIRD senior research scientist Manisha Shankar said it was quite rare to discover good levels of resistance to all three diseases in the same line.

Dr Shankar said doubled haploids were an important part of their research, because they produced fixed or 'true breeding' lines that can be multiplied and reproduced without genetic change occurring.

"This enables us to replicate trials across different locations and years, which is ideal for studying complex, inherited traits like disease resistance," Dr Shankar said.

"We are looking forward to the possibility of undertaking additional research to detect multiple disease resistance genes using these doubled haploid populations and identify resistant donor lines to breed against multiple diseases.

"This research will be critical to plant breeding companies, which will be able to use the resulting genetic resources to breed more resilient, high performance wheat varieties."

The project team used these resistance genes to develop 51 new wheat lines with yellow spot resistance, which have a combination of three, four and six genes 'stacked' into fixed lines that are adapted to western and southern production regions of Australia.

"Like all pathogens, yellow spot has the capacity to mutate and overcome a plant's genetic resistance," Dr Shankar said.

"While this has not yet happened with yellow spot in Australia, stacking several resistance genes together in the one breeding line makes it more difficult for the pathogen to breakdown the wheat crop's defences."

Eighteen of these lines have also been tested for yield and quality traits in western and southern production regions of Australia.

These lines have been provided to various breeding companies for resistance breeding to develop new, improved wheat varieties suited to Australian conditions.

In addition, 20 lines with three stacked genes that are adapted to the northern region of Australia have been developed and are currently being tested at various growth stages, environments and national sites in Western Australia, Victoria and Queensland.

The associated disease and quality data has already been made publically available and shared with commercial breeding companies, which take seven to 10 years to develop a new variety.