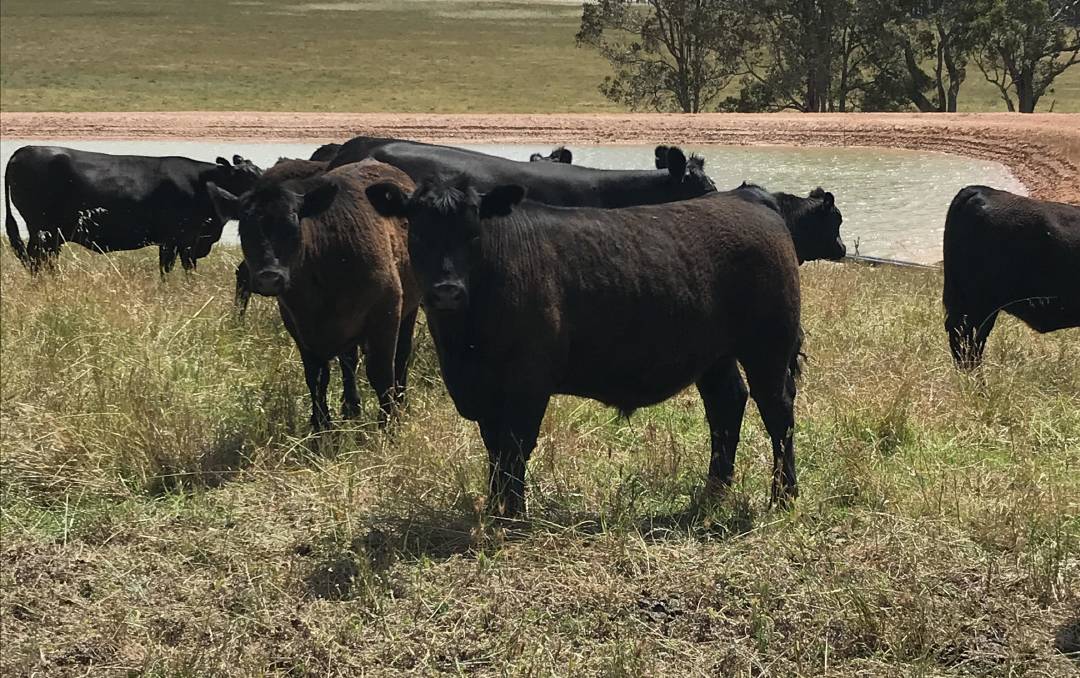 Manjimup producers GM & MA Kilrain will be the biggest vendors with an offering of 190 Angus calves, comprising 130 steers and 60 heifers.

"It will be the last store sale of 2020 & we will yard 1500 head which will include a good yarding of beef and dairy steers."

A TOP line-up of cattle ranging from this season's beef calves through to dairy steers and joined cows will greet buyers when they walk through the yards at this month's Elders Boyanup store sale.

In the sale on Friday, December 18, which will commence at the later time of 1.30pm, the Elders South West team will present a yarding of 1500 head.

The sale will kick off with a good run of beef steers and heifers, which will include some large drafts from vendors offering calves for the first time this season.

It will then move into a large offering of Friesian steers, as well as first-cross steers and heifers.

Elders, South West livestock manager Michael Carroll said if producers wanted to stock up the paddocks before Christmas and the new year then this sale would be the place to go.

"It will be the last store sale of 2020 and we will yard 1500 head which will include a good yarding of beef and dairy steers," Mr Carroll said.

"The beef yarding will be made up mainly of this year's drop calves suitable for feeders and graziers alike.

"In the dairy steers we will have a good range of heavyweights to top up and finish to the lighter appraisal steers being sold dollars per head to grow out." 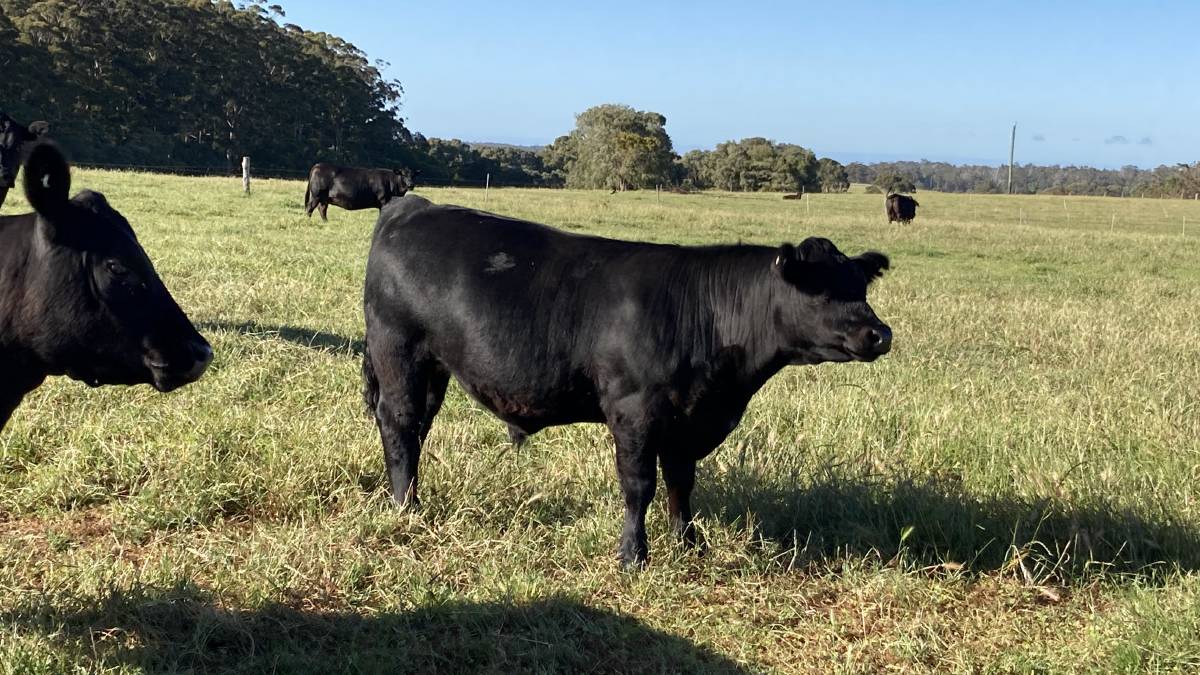 A top line of 70 Angus steers will be offered in the sale by the Fox family, JS Fox, Pemberton.

In the beef steer and heifer offering, Manjimup producers GM & MA Kilrain will be the biggest vendors with an offering of 190 Angus calves, comprising 130 steers and 60 heifers.

The eight to 10-month-old calves are based on Gandy Angus bloodlines and will be the operation's complete draft of steers and surplus to requirement heifers for the season.

"They are a quality line of Angus calves which will suit both lotfeeders and graziers," Mr Harris.

"In past years they have sold their calves through the weaner sales at Manjimup."

The Kilrain's steers will weigh from 260 to 400 kilograms, while their heifers will have a weight range of 260-320kg.

CA Panetta, Harvey, will be among the larger vendors in the Friesian pens with an offering of 50 Friesian steers aged six to eight months.

Also travelling from the south will be a top line of 70 Angus steers from the Fox family, JS Fox, Pemberton.

The 8-10mo steers are based on Gandy Angus and Mordallup Angus bloodlines and are expected to weigh from 320-410kg.

"They are a beautiful draft of high quality Angus steers, the heavier weights will be ideal for lotfeeders while the lighter weights will be suitable to go back to the paddock and grow out," Mr McDonnell said.

"It's the operation's entire steer drop for the year and their calves are always in demand, when they have been previously sold at the Manjimup weaner sales."

The draft of Angus and Angus-Murray Grey steers and heifers are March to April 2020-drop calves sired by Blackrock and Sheron Farms Angus bulls and are out of third calving Angus and Murray Grey cows. Another large line of beef weaners will be presented by WAL & MA East, Manjimup, which has nominated 36 Charolais cross (18 steers and 18 heifers) aged 8-10mo.

The calves are sired by Liberty Charolais bulls and out of Angus cows.

There will also be plenty of options and choice when the sale moves to the Friesian steer and first-cross steer and heifer offering.

In these pens Newbrook Investments will be the biggest vendor when it trucks in its annual turnoff that will be made up of 80 Friesian steers and 24 first-cross steers.

When it comes to the first-cross steers, the offering will be made up of 14 Angus-Friesian steers aged 22-24mo and 10 Angus-Friesians aged 18-20mo.

Elders, Nannup agent Terry Tarbotton said the steers were all purchased in as poddies by the operation and have grown out on its Alexandra Bridge and Metricup properties.

Boyanup-based operation Chara will also be among the bigger vendors with its annual offering of 65 owner-bred Friesian steers.

Elders, Margaret River agent Alec Williams said the steers were well-grown and in forward store condition making them ideal for a grass finishing or fattening program.

Other sizeable lines at the older end will come from regular suppliers Dudinalup Pastoral Co, Nannup and Fortuna Farms, Busselton, which will present 30 steers (22-24mo) and 34 steers (18-20mo) respectively.

Mr Tarbotton said both lines were purchased as poddies and grown out.

"They are in good, forward store condition, the Dudinalup Pastoral Co line will average 550kg while the Fortuna Farms draft will average more than 450kg," he said.

Cowaramup producers P & T Duggan will feature in the sale with 14 Angus-Friesian steers and 14 Friesian steers, which are all owner-bred and aged 16-18mo.

The Angus-Friesian steers are sired by Monterey Angus bulls and Mr Williams said both lines would be ideal for grass finishing or fattening.

The 6-8mo calves are predominantly naturally polled and are sourced direct from South West dairy breeding programs and have been meticulously raised since young calves by the Panetta family.

The steers were wormed with Moxximax and vaccinated with 5in1 in late August and deliced with Swish in late October.

The steers from the operation are 4-6mo and have been dehorned and had all the health treatments.

"They would be ideal for graziers to background and value add or retain longer term as slaughter propositions," Mr Williams said.

The Brennans will also feature in the first-cross heifer pens with a draft of 18 Angus-Friesian, owner-bred heifers aged 8-10mo.

Mr Williams said the heifers would be ideal to buy and grow out for future breeders.

Another larger vendor in the first-cross heifer pens will be Bernlor, Warner Glen, with 18 Angus-Friesian heifers in the 14-16mo age bracket.

Mr Williams said these heifers were purchased in as a resale proposition and were now in good advanced store condition, making them suitable for breeding programs.