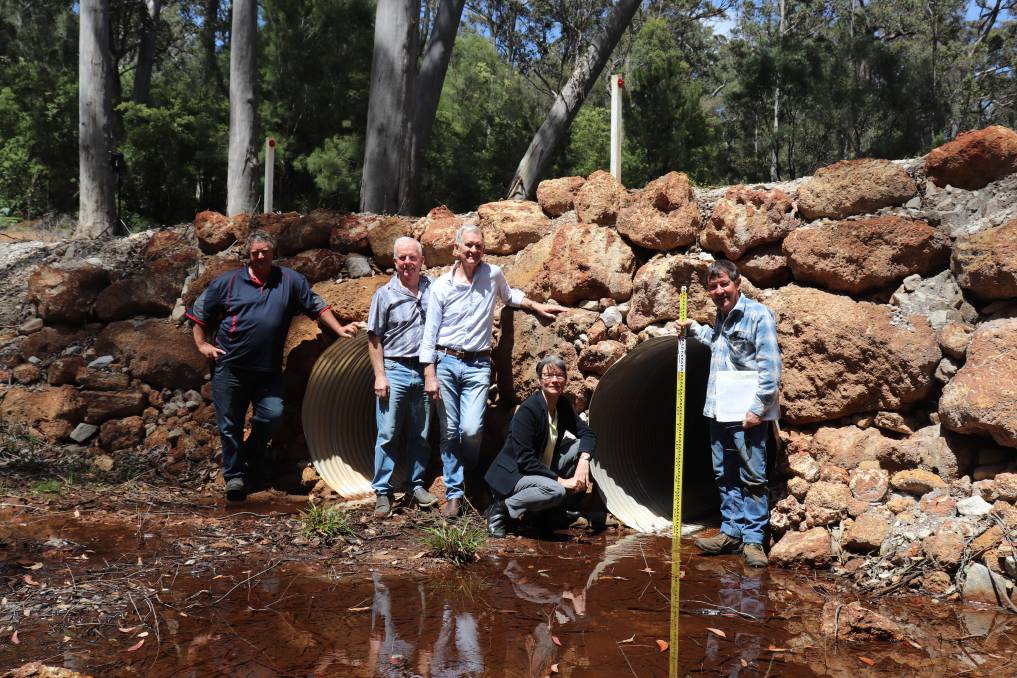 "Most of the expressions of interest we received were from new applicants..."

EXPRESSIONS of interest for more than double the amount of water available have been received by the Southern Forests Irrigation Co-operative (SFIC) in round two of its water sales.

Expressions of interest for round two sales closed on Friday, December 18.

"There has been an overwhelming response, with our recent expressions of interest application process being heavily oversubscribed (and) showing overwhelming support for the irrigation scheme," Mr Bower said.

"Most of the expressions of interest we received were from new applicants who were not already allocated water.

"The applications received demonstrate not only the support for the scheme, but the importance of additional water in this significant horticultural region, which produces greater than 20 per cent of Western Australia's irrigated agricultural produce," he said.

Mr Bower said the SFIC would work with the Department of Primary Industries and Regional Development (DPIRD) and the Department of Water and Environmental Regulation (DWER) to assess the applications and "look at options to satisfy as much of the demand as possible".

As previously reported in Farm Weekly, the $80 million SFIS proposes to make a total of 9.3GL of water a year available for 30 years and more to agriculture and horticulture subscribers along 250 kilometres of underground pipelines in the Manjimup region.

In late 2017 and early 2018 about 70 local landowners signed 90 contracts with the SFIC for a total allocation of just under 7.8GL of scheme water - some subscribers own multiple properties and have contracts for each.

Based on winter and summer irrigation season one-off 'subscriptions' of $1000 and $1400 per megalitre, they paid more than $200,000 as a 2pc refundable deposit on the contracts.

They are due to pay a further 8pc when a formal decision is taken to proceed with the SFIS and the balance of the contracted amount when water is first delivered to their property.

Since those initial water sales, a couple of applicants dropped out of the scheme and their allocations were added to water available for round two sales.

To be considered for SFIS water, applicants must be landowners within the Manjimup-Pemberton scheme area and members of the SFIC.

The SFIS is predicated on a 2016 economic analysis prediction which DWER catchment modelling confirmed in December 2018, that up to 9.3GL a year above environmental flows is available in the Donnelly River, east of Manjimup, from forest areas runoff that is not currently available to agriculture.

From the storage dam it is proposed to be pumped up to two header dams on ridgelines then gravity-fed via two pipelines to subscribers up to 40km away.

The SFIC is seeking Environmental Protection Authority (EPA) approval to clear a previously logged area of State forest for the storage dam, access roads and car parks associated with public use water recreation.

It is also seeking EPA approval for the delivery pipeline routes.

Last year the EPA determined the SFIS application will be considered by public environmental review (PER) - its highest level of scrutiny.

Mr Bower said the SFIC had submitted its final environmental review document to the EPA the same day as round two water sales expressions of interest closed.

Completing the required documentation submission for the EPA was a "significant milestone", he said.

"This submission has been collated using extensive scientific research from qualified professionals over the past four years and in some cases longer," Mr Bower said.

The PER process will involve a six-week public exhibition and comment period in the new year, before a recommendation is made to Environment Minister Stephen Dawson who has the final say on whether the SFIS goes ahead or not.

"The public review period will provide community members with the opportunity to read the submission covering the construction and operation of the scheme and the assessment of environmental impact and make any relevant comments on the proposal," Mr Bower said.

"The public review will be well advertised," he said.

The SFIC held an information day at Manjimup town hall on December 3 which Mr Bower said was "a great success" with community members and potential contractors calling in to find out more about the scheme.

He said SFIC staff and directors and DPIRD representatives attended to answer questions.

Over the past two years several Manjimup farmers have been taking their own regular local stream water measurements.

They, hydrologist and former Department of Water director general Kim Taylor and South West Greens MLC Diane Evers have questioned the accuracy of DWER water modelling that the SFIC has interpreted to indicate its 9.3GL of scheme water will be available out to 2030 with up to 95pc certainty sufficient water flows will exist for both annual SFIS extraction and the river environment.

"Based on stream flows actually gauged in the Donnelly River over the past 10 years, the scheme would only have been able to supply the required water in about 40pc of years - that's on DWER's own figures," Mr Taylor said.

"By 2030, the reliability would be much less due to rainfall reductions, it would probably be down to about 20pc or less in my view."