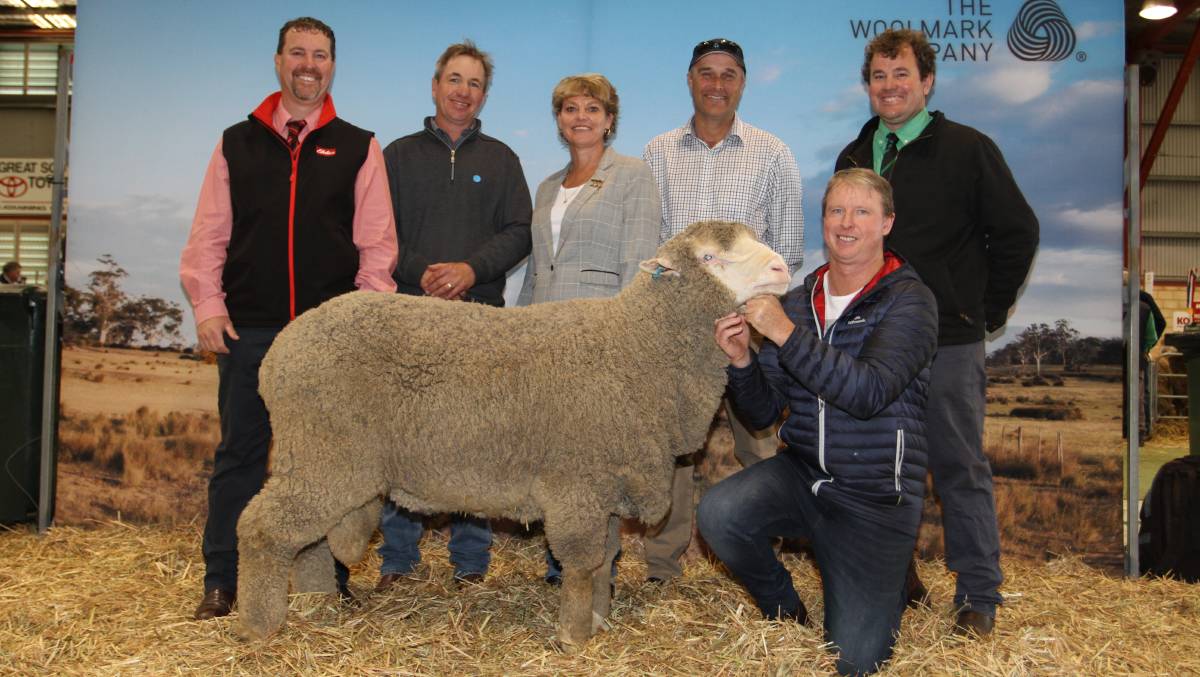 The WA sheep industry has had a fantastic year if we look at demand and associated prices.

THE WA sheep industry has had a fantastic year if we look at demand and associated prices.

During 2020 sheep producers have been lucky that demand from the Eastern States coincided with their need to offload due to water deficiencies and a lack of grazing pastures.

WA has seen the biggest exodus of lambs and adult sheep depart the State since 2010 - surpassing the record of 1.07 million head by nearly double.

While all the figures are yet to be finalised, as at the end of November a total of 1.8m passed through the Ceduna Checkpoint according to the Department of Primary Industries and Regional Development (DPIRD).

"It has been a record breaking year for the movement of WA sheep to the Eastern States," said DPIRD research officer Kate Pritchett.

"Between January and November 1.8m sheep and lambs have been transported east, almost double the prior record of 1m from 2010. 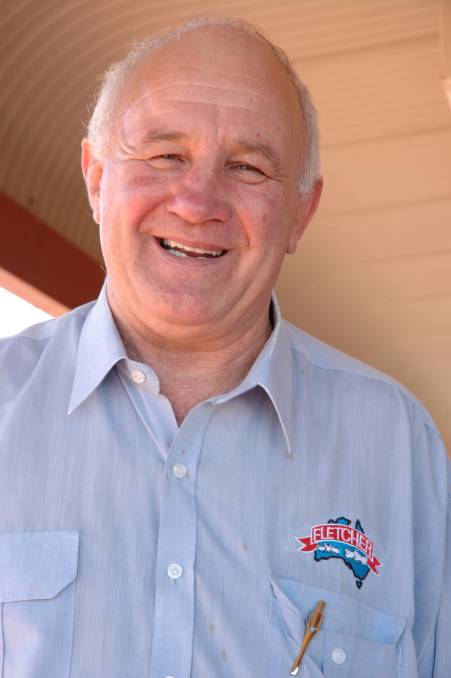 Fletchers International Exports owner Roger Fletcher was granted approval by the Woodanilling Shire to develop a 108 hectare sheep feedlot facility accommodating 90,000 head at Beaufort River. The feedlot is expected to cost about $1.9 million and employ up to 12 full-time staff. Mr Fletcher said the feedlot would help the business sure up a consistent supply in order to provide the cuts needed to meet the demand of his international clients.

Corrigin sheep producer Steven Bolt said he was surprised by the number of ewe lambs and adult ewes that had been loaded onto trucks.

He said a long-time sheep farmer in his district had just destocked this year to go full cropping - removing more than 2000 ewes out of the system.

Mr Bolt said the impact on the industry would be felt next year if numbers continued to be sent east.

Younger farmers in the Lakes District around Kukerin and Lake Grace also took the opportunity to cash in on the demand and sell out of sheep entirely to go full cropping - destocking thousands of sheep out of the area.

Agents and livestock transporters were concerned by the number that had gone out of the area and the affect this would have on the industry going forward, especially the effect on associated industries such as shearing and local transporters. 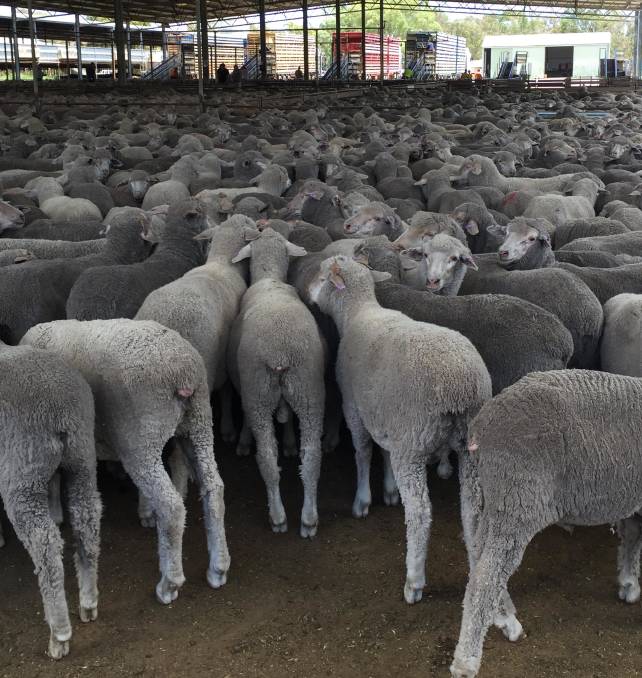 Thousands of sheep were delivered to the Peel Feedlot in early December in preparation for another voyage to the Middle East by Rural Export and Trading WA. This year has seen one of the lowest numbers of sheep exported at under 1 million head (official numbers are yet to be released). At the same time a record 1.8 million head of lambs and adult sheep were transferred to the Eastern States from January to November as restockers sought quality sheep they could make a profit on. The dry seasonal conditions for many WA sheep producers contributed to the massive sell off with some dispersing their flocks to focus on cropping operations. Concerns have been raised about the impact on the State's flock with many ewe hoggets and lambs sent east, as well as the pressure a declining flock will put on the processing industry in coming months.

"The breeding flock is in decline," Mr Giglia said.

"I would have thought this year would have been stable if not for the east coast restocking to the extent they did.

"With so many sheep sold off in the Eastern States due to the drought there was going to be a day when they did restock but I didn't expect them to be so aggressive.

"Next year we might see it come back to normality but there will always be regular purchases and repeat buyers still active in sourcing from WA."

Mr Giglia said sheep producers had been carting water for more than 12 months in some areas due to a lack of on-farm water but this year the storage capacity had been "completely exhausted".

"You can understand and accept complete destocking in some areas due to the lack of water," Mr Giglia said. 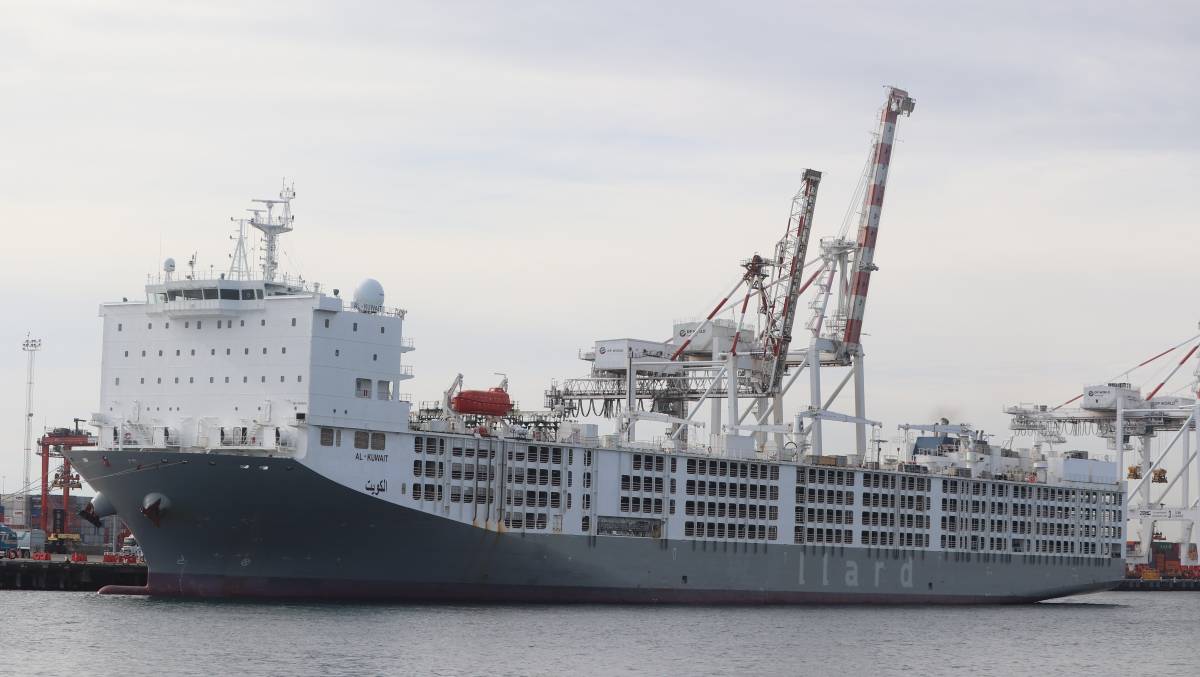 There has been some movement in the live sheep export industry's fleet operating out of Australia in 2020. This year Wellard sold its Ocean Shearer to Kuwait Livestock Trading and Transport (KLTT) for almost $90 million. KLTT recently sold off its twin tier vessel the Al Shuwaikh after not being able to secure permission to fill all its decks with livestock under the new Marine Order put in place to phase out twin tier vessels from Australia by January 2020. The Al Shuwaikh and the Maysora, a Livestock Shipping Services vessel, were operating under exemption to the order but have been expected to be replaced in the near future by single tier vessels with improved ventilation and other requirements. KLTT's WA business Rural Export and Trading WA and LSS are the only two WA based live sheep exporters still operating after recent regulatory changes impacted the industry with a three month moratorium from July-September. Wellard has also suspended exporting livestock in order to charter its remaining vessels to pay off debts and improve its bottom line. In the future it may enter trading again.

"The decisions were made to totally destock from a lack of water because they didn't want to go through another summer doing that."

Elders State livestock and wool manager Dean Hubbard said "price wise the year couldn't have been better" but it had been a "very disruptive year".

He said feed and water pressure the past few years had impacted livestock producers and it was still affecting decisions to hold on or sell off stock.

"We need to try and get some sheep back onto paddocks in WA."

Mr Hubbard said Statewide the numbers of sheep that had been exported, processed or sent east were 870,000 more than the same time last year, and in 2019 there were 600,000 head "oversold" on the previous year.

He said that meant the State's flock numbers were "about two million sheep down" on two years ago.

"One would think we are at critical mass at the moment for sheep," Mr Hubbard said.

"If prices maintain where they are it might encourage people to get back into livestock."

Mr Giglia said it would be interesting to see how the lamb market shapes up with changes in the market due to the Qatar government's announcement in early December to no longer subsidise imports, and what impact that would have on airfreight lamb.

"It's a 'watch this space' with the sheep market," Mr Giglia said.

Mr Hubbard said Elders had taken on using AuctionsPlus a lot more this year to attract a wider national clientele, which had worked well for the company.

"There's been a spike in demand from the Eastern States - but will that continue?" he said.

"It depends on the seasons in New South Wales and Victoria as well as in WA."

It made for a wait and see scenario.

Ms Pritchett said the total sheep and lamb slaughter for WA reached 2.8m head between January and September 2020, down 3pc compared to the same time in 2019.

"This was the highest seen since 2009 and a 2pc increase compared to the same time in 2019, which was also a strong year," Ms Pritchett said.

"Lamb slaughter, accounting for 61pc of the total, reached 1.7m and was down 6pc year on year.

"Despite the reduction in mutton exports by volume, the value increased 8pc year on year to $197m and the highest on record for this time of year.

"The value of lamb exports reached $249.9m, down 6pc year on year, but still the 2nd highest on record.

Qatar and the United States were the next largest markets for WA sheepmeat.

Mr Giglia said the sheep meat market had stabilised and was very "solid".

"I don't think we will see significant rises or dips in lamb and mutton," he said.

Mutton was sitting around 460c/kg-520c/kg, depending on weight and lamb was averaging 660c/kg over the hooks on December 11, according to Meat and Livestock Australia.

Last year those prices were at the high end of the scale and now they seem like the average.

In the lead up to Christmas, Katanning sheep producer Rod Bushell said he received 580c/kg for mutton over the hook and put it down to "a supply and demand thing".

He said there was "nothing worse than having to offload sheep and the money was terrible".

Mr Bushell said the saleyard market was still strong at Katanning and the processing industry was expecting things to tighten up around February/March because people had offloaded early due to the demand and prices.

"As long as the produce can be sold at supermarkets the prices should be able to be maintained," Mr Giglia said.

Mr Giglia wasn't too concerned about the viability of the processing industry because "processors adapt their businesses to suit - they'll work through it".

"If we have an average to better season next year I don't see much changing," Mr Giglia said.

Mr Hubbard said processors had had a difficult time through the COVID-19 period and had been under pressure to secure staff to fill positions and increase throughput.

"They have coped exceptionally well considering but the numbers are down," Mr Hubbard said.

On another positive note, the WA ram sale season was the third best on record despite the seasonal conditions and the impact of COVID-19.

She said the biggest market for live sheep remained Kuwait, which accounted for 45pc of the number of sheep and value of sheep exported live, followed by Qatar and Jordan.

These three markets accounted for 83pc of WA's live sheep exports in 2020 (so far).