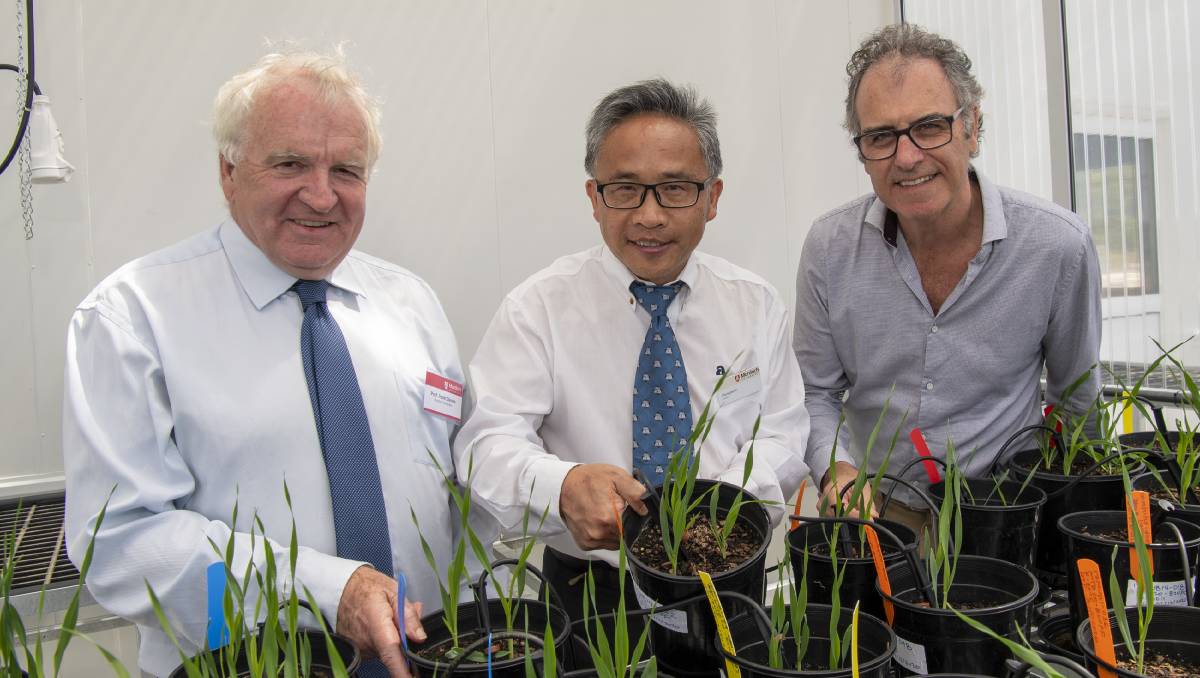 A KEY to unlocking the development of superior lupins has been discovered by local scientists, which should open the door to the creation of new high protein legume varieties for consumers around the globe seeking a more plant-based diet.

Lupins have been consumed by humans for many years, forming an important ingredient in the popular Mediterranean diet.

Containing higher protein and fibre than carbohydrate and fat content, the legume is quickly becoming a staple in superfood recipes to meet the needs of low glycemic index and gluten-free diets.

This is a partnership between the Department of Primary Industries and Regional Development (DPIRD) and Murdoch University, based at the recently opened Grains Research Precinct on the university's campus.

These breakthroughs provide new insights into the genetic diversity of the lupin species and opportunities to breed high performance varieties for both growers and consumers of the high protein grain.

WA is a pioneer of lupin breeding and is the world's biggest producer of the crop.

"Narrow-leafed lupins domesticated from a wild species to a cultivated crop in just 40 years - a very short space of time when compared with wheat and barley, which took thousands of years to evolve," professor Li said.

"A comparative analysis of genetic diversity - important for ongoing breeding advancement - between narrow-leafed lupin cultivars and wild species found it was significantly lacking in the domesticated lines.

"This limitation, known as a 'domestication bottleneck', is much narrower in lupins compared with wheat and barley."

The research team also identified about 1.7 million genetic variations in the lupin genome among the wild species and cultivars, known as genetic polymorphisms.

Some of these variations are potentially associated with desirable traits, such as yield, disease tolerance or drought resilience, which will provide valuable information to design a genomic breeding and selection strategy.

"With the use of the reference genome, the genetic bottleneck data and new technology, such as gene editing, plant breeders will have the information and tools to develop new species of high quality lupins directly from wild lines," professor Li said.

"Lupins provide rotation and diversification options to growers, are nitrogen fixing, reduce cereal pathogens and enhance soil structure, but ongoing yield and quality improvements are necessary to keep them a profitable part of our cropping system," Dr Sweetingham said.

"The research by the alliance is also increasing our understanding of the molecular variation in anthracnose resistance gene, which will help produce new varieties with the highest level of tolerance to the fungal disease in the field.

"Discovering more about the genetic code for lupin seed proteins may also pave the way to combat the allergen risk in lupin foods and improve protein functionality for food products."

"There has been a shift from a livestock based protein diet to a plant based diet to maintain global food sustainability," professor Davies said.

"Whole narrow-leafed lupin seeds contain 32 per cent protein and the kernel has greater than 40 pc, providing a sound base material to produce protein foods."