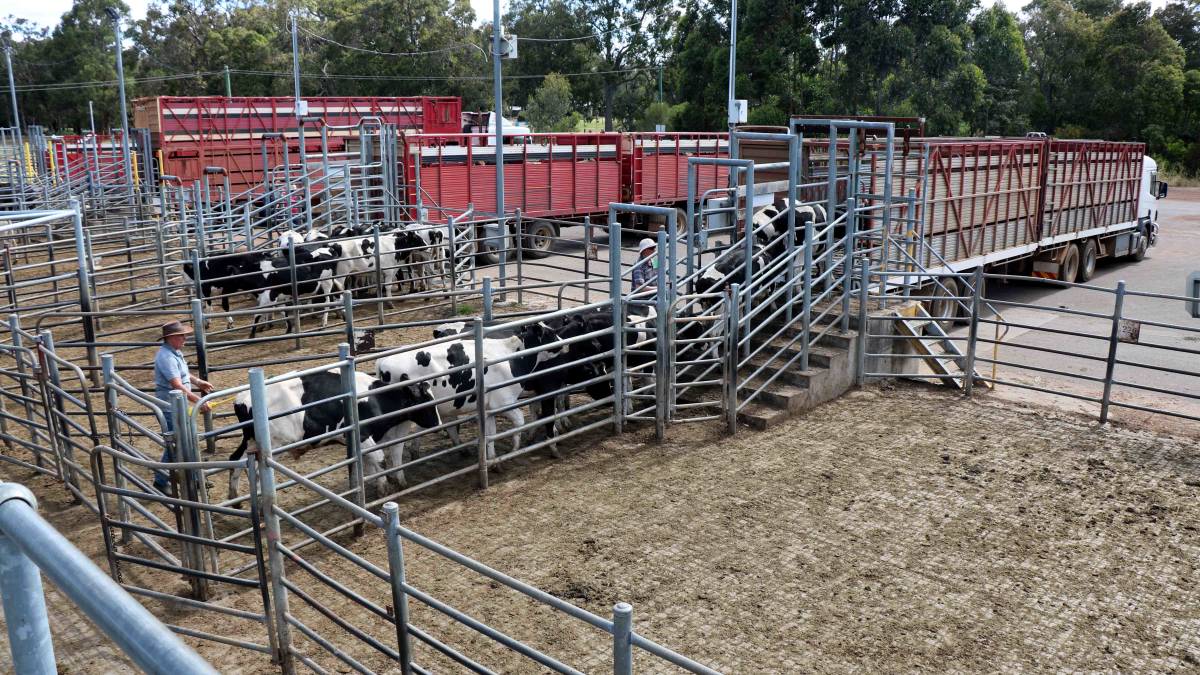 "I've been involved in the saleyard game all my life & it's never been better than it is now."

Mr Fraser called Farm Weekly this week after reading a report (DPIRD gets stern on stocking densities, Farm Weekly, December 10, 2020, page 12), that the Department of Primary Industries and Regional Development's (DPIRD) Livestock Compliance Unit had been busy at the State's saleyards enforcing new stocking density requirements during livestock sales and when the animals were transported on trucks.

He said DPIRD should be spending its time finding a solution to the issue of the Boyanup saleyards rather than "disrupting" the lives of agents, buyers and vendors who were busy going about their lawful business.

"I've been involved in the saleyard game all my life and it's never been better than it is now.

"The way it's functioning now is pretty good compared to when I started."

Mr Fraser found himself working in the yards for Wesfarmers at the age of 17 and at 29 was the branch manager at Busselton.

At 88 he may be retired but he still runs 40 head of Friesian steers on his 80 acre block "for something to do".

He buys from the Boyanup saleyards and sells direct to an abattoir when they are the right weight.

He said in his experience vendors and buyers would be quick to point out if they were not happy with the way the cattle were yarded for a sale and if agents didn't correct things they would lose clients.

"Agents are very weary how they put the animals up for the vendor," Mr Fraser said.

"Livestock agents know how to pen up cattle, otherwise buyers won't buy them and butchers would be complaining about the bruising.

"Presentation of the cattle is very important and if the agent has to move some there's no hassle in that.

"These compliance officers should turn up in their work clothes and come and talk to vendors and buyers and see what they have to say about the stocking densities.

"It's ludicrous what they are talking about doing.

"It's upsetting people and not necessary."

In defence of the DPIRD inspectors Nutrien Livestock agent Charlie Staite said in his experience at Mt Barker the inspectors were always visible and easy to work with and some of the comments made by other livestock agents, that they were focusing on Muchea rather than other yards and bad at communicating, could be misleading.

Mr Staite said the inspectors had always been professional and would work with the agents to ensure the best outcomes for the sales and all those in attendance.

"They were here today (Tuesday), where we had 1700 cattle for sale and I spoke to them on a number of matters related to the industry," Mr Staite said.

"They are at every sale.

"They are highly visible and represent the department, checking all the standards are met.

"If there's an issue they raise it with us, if we haven't sorted it out already and they're quite happy to talk to us about it."

Mr Staite said as far as he was aware inspectors hadn't used "the heavy handed approach" and issued a fine at Mt Barker.

In December a livestock agent at the Muchea Livestock Centre was issued a fine of $7500 for non-compliance with the pen density standards.

The standards were recently updated and have agents and producers scratching their heads as to the need for change and just what the requirements were that they needed to comply with.

DPIRD said it was working with agents to ensure the standards and requirements were understood and were being adhered to.