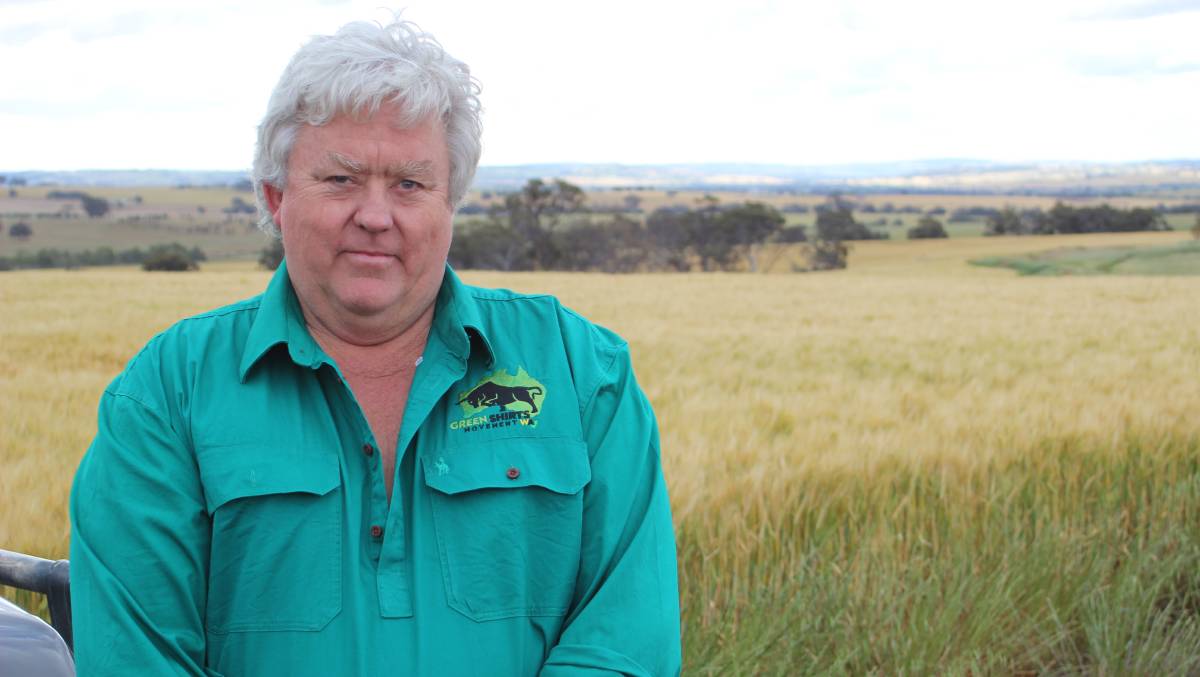 Central Wheatbelt Wreckers owner Alan Sattler, Beverley, said he and his son Josh fell into the business last year while they were looking for parts for their header. Mr Sattler said the wrecking business would focus on Case IH and John Deere headers.

"We just focus on the 'red and green' headers."

BEVERLEY cropper and GreenShirts WA spokesman Alan Sattler has fallen into another role, this time to do with machinery.

Mr Sattler said with the help of his son Josh he started Central Wheatbelt Wrecking - a side business that would focus on providing parts for Case IH and John Deere headers.

He said the closest alternative wreckers that service the industry were in Geraldton or Esperance.

"We needed parts for our old headers and we kind of fell into the business accidentally," Mr Sattler said.

"We just focus on the 'red and green' headers."

They will mainly focus on Case IH 66 to 88 header series and John Deere 50 to 70 series, as well as the new S series.

Mr Sattler said the business had been operating since November and while he had received "lots of enquiries from as far south as Manypeaks" things had "died off due to harvest finishing".

So far most of the enquiries have come from word of mouth or via social media, due to a simple Central Wheatbelt Wreckers Facebook and Twitter page.

Located on his farm at Beverley, the wrecking yard won't take up too much space because once the headers are stripped of parts a friend who works at a scrap yard in Perth will gladly remove the shells.

"We are ideally located where we are," he said.

"We are not in it to make lots of money - mainly to help fellas out along the way.

"We aren't concerned about competition or the industry, we are just doing our own thing and keeping our heads down and working."

Work on the wrecking business is done when there's not any farm work left to do or when there's an urgent order.