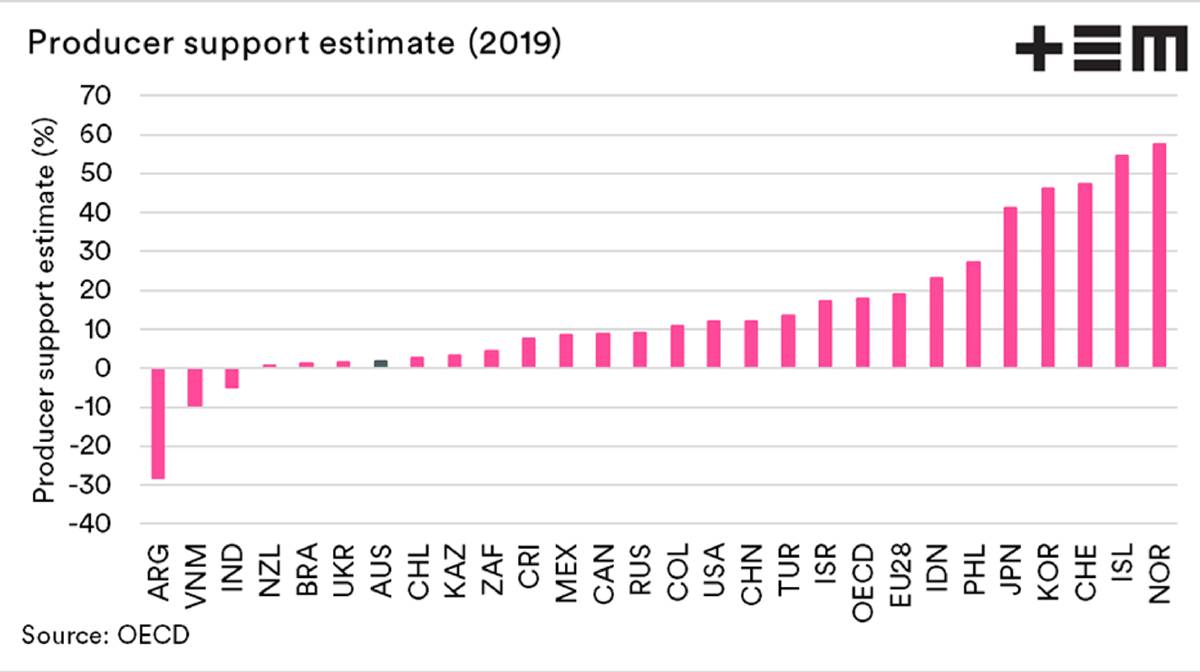 I spend plenty of time on social media - probably too much - and I regularly see comments like the one below, which generally come from faceless and nameless trolls.

"You farmers are kept in flash LandCruisers and RM Willams because you feed off the teet of government subsidies."

The above type of statement grates at me and I thought it was worthwhile dispelling these types of statements, as they couldn't be further from the truth.

How much is Australian agriculture subsidised?

This analysis uses data collected from the Organisation for Economic Co-operation and Development (OECD), which calculates the value transferred from taxpayers to farmers.

Australia has gradually reduced its producer supports since the mid-1980s.

At the moment, Australia has one of the lowest rates of subsidy in the developed world.

The most recent update (2019) has Australian producer support at 1.8 per cent.

It might be enough to cover a pair of RM Williams, but might only go far enough for some LandCruiser mud flaps.

Where is my subsidy cheque?

I, like many other farmers, am still waiting for my subsidy cheque.

The small subsidy that Australian farmers receive is made up of both direct and indirect benefits:

Direct: this is subsidies such as the drought payments for infrastructure investment, but also tax benefits.

For example, farm management deposits and income tax averaging are considered a form of support.

Indirect: one of the significant sources of support is R&D.

This is a form of subsidy, albeit an important one.

The R&D in Australia has allowed our farmers to be efficient enough not to need subsidies.

How do we compare?

Like any competition, it's always good to make a comparison.

This data can then be used to feel hard done by due to lack of support, or more aptly as a badge of honour to show that Australian farmers stand on their own two feet.

The OECD collects data on a raft of countries, using the same methodology.

While some may dispute whether the factors they choose are actually subsidies, it is an apples for apples comparison.

Chart 2 displays a selection of countries and shows, we are well below these other nations, especially the European Union.

Chart 2: Then US president Donald Trump increased support for US farmers.

Interestingly, the United States is at 12pc for 2019, but in the past year or two, former president Donal Trump provided some massive subsidies to farmers due to the US-China trade scuffle.

We may see extensive revisions upwards in the updated OECD data.

The main takeaway: we are substantially less subsidised than the other major economies.

Please spare a thought for our antipodean cousins.

You'd think that we are close to the floor when it comes to producer support.

In the past, negative interest rates were a fantasy and now they are relatively common around the world.

The same is possible with producer support; they can go negative.

Our antipodean cousins in Brazil have agricultural support at similar levels to Australia.

It is Argentina which receives the shellacking from their government. 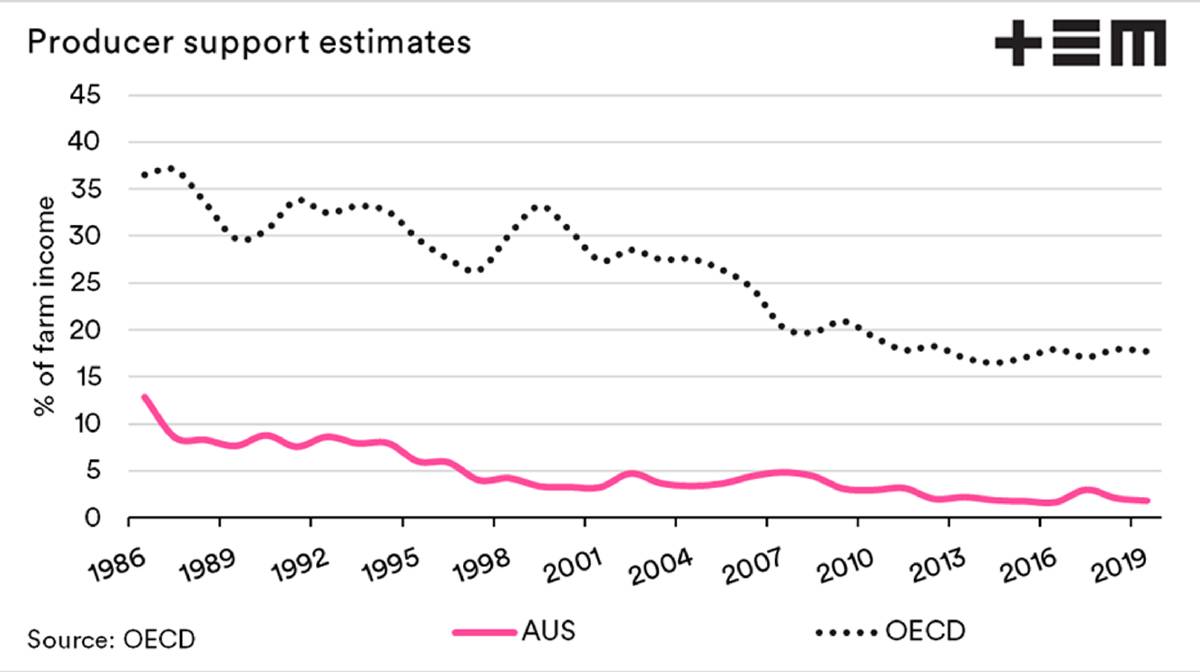 Chart 3: Farmer subsidies across the OECD is trending down.

And Russia's export taxes are having an impact on producers to assist consumers.

Is the playing field evening?

Subsidies promote inefficiency and our lack of support has required Australian farmers to become the kings and queens of efficiency.

This is a good thing, as farmers are not reliant on handouts.

There has been a movement around the world to reduce subsidies.

Government support to agriculture within the OECD countries is declining.

The past decade has seen produce support reductions stagnate.

As protectionism increases, I wouldn't be surprised to see government support around the world continue at similar levels or even increase in the coming years.