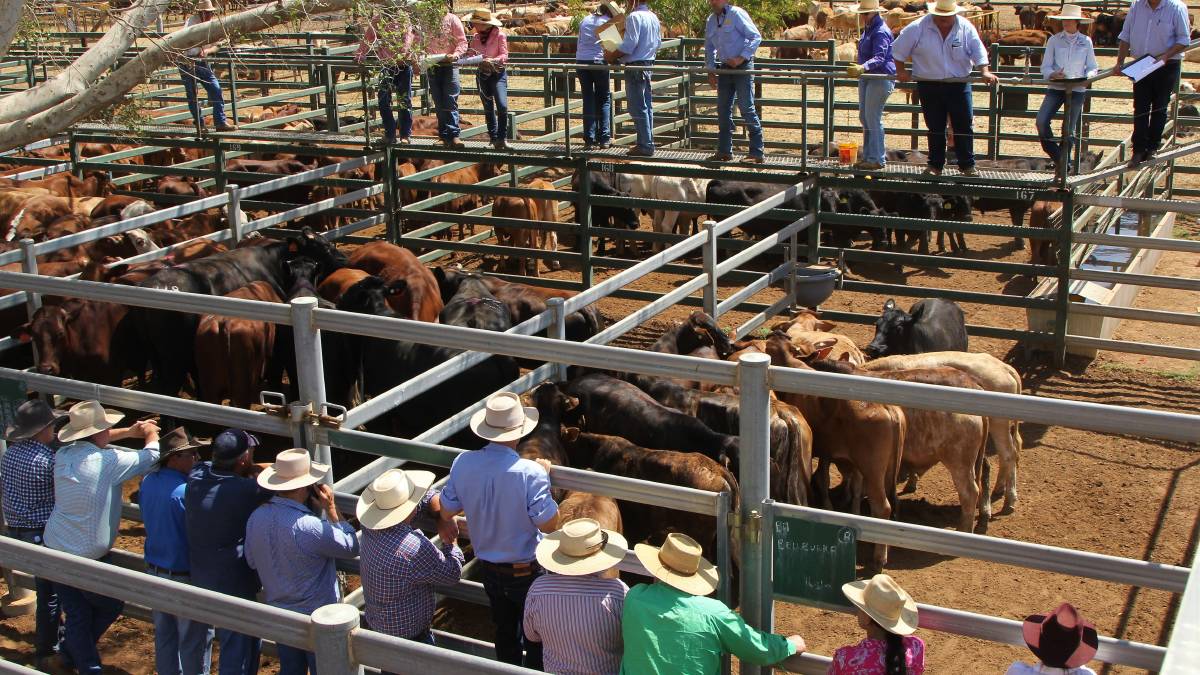 Yardings lift, but so far that hasn't dampened the market greatly.

STRATOSPHERIC cattle prices are enticing producers to sell even where there is excess capacity in their paddocks.

However, the big jumps in yarding sizes is having little dampening effect on the market so far.

The Eastern Young Cattle Indicator shot up to 888 cents a kilogram carcase weight this week, before easing back to 882c by end-of-business yesterday. It has risen by 123c in four weeks and is sitting just under $3 above year-ago levels.

Numbers across all major saleyards, and online, have lifted significantly despite ongoing rain this week and on the near horizon.

Mecardo's Adrian Ladaniwskyj reported an 86 per cent lift in numbers on offer, with Queensland recording a whopping 350pc increase, albeit off a very low base.

Queensland supply is still extremely tight for this time of year, with yardings at half the level of 2020, and the five-year average, he said.

On the other hand, Victorian and South Australian supply is flowing, on par with the five-year average.

Producers in the south are more stocked up and willing to let go of some numbers in order to capitalise on the extraordinary market situation unfolding, agents said.

Online, cattle numbers offered through AuctionsPlus also lifted, to the tune of 4,500 head, but clearance rates took only a slight hit as a result, down just 5pc.

The market also held up online, with pregnancy-tested-in-calf heifers averaging $2,385 a head and light steers, under 200kg, averaging 538c/kg liveweight.

With online sales now accounting for more than 6pc of the country's livestock transactions, the National Livestock Reporting Service has announced it will start reporting on AuctionsPlus' Friday sales, along with Tuesday's sheep sales.

MLA said it had become an increasingly high priority that online transactions were reported for producers to better understand market movements.

The favourable seasonal conditions across many cattle-producing regions, combined with the likelihood that many drought-ravaged producers now have a trade under their belt and a bit more cash flow, has prompted many analysts to label 2021 'the year of the rebuild'.

Rabobank modelling puts the increase in the breeding herd this year at 9pc.

Although stock numbers would build through this year, cattle inventory remained at a 25-year low, he said.

That, combined with ongoing grass-fueled domestic producer demand, would keep prices strong, although they will likely ease in the second half of the year as numbers rebuild, he said.

Rabobank is expecting the EYCI to average just over 600c/kg for the year.

The story Producers jump on the skyrocketing EYCI first appeared on Farm Online.