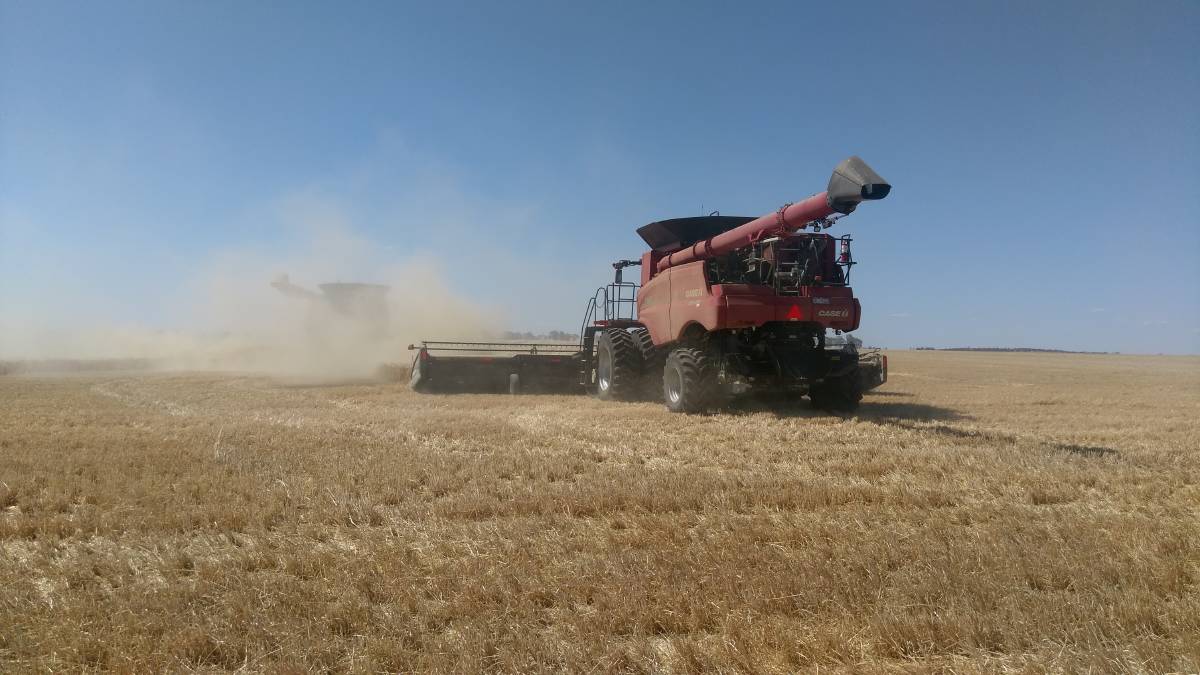 The Seed Terminator kills weed seeds, including those that have escaped or resisted the various stages of herbicide spraying.

AFTER a year of unusual weather, the Western Australian grain harvest has wrapped up for most.

While many farmers managed to have a Christmas holiday, a few isolated harvesters are still running in the south, hampered by unpredictable weather in both the growing season and during harvest.

Seed Terminator's Brett Asphar said it was difficult to prepare because of the patchiness of rainfall.

"We normally get one or two small rain events during harvest," Mr Asphar said.

"But we had areas across the State that had unseasonal thunderstorm rain, or rainfall events that came down from the north.

"It meant that a lot of people didn't get rain for the growing season, like in the central eastern region.

"It was an interesting harvest where some areas didn't get any early growing season rainfall at all and then got a deluge basically on their healthy crops and destroyed them.

"We had one with a bad hailstorm and one farm completely wiped out with a hundred percent loss."

The Seed Terminator effectively kills weed seeds, including those that have escaped or resisted the various stages of herbicide spraying.

It is an Australian designed and made unit that attaches to headers, for use at harvest.

Testing at the University of Adelaide, South Australia, has proved the effectiveness of the Seed Terminator.

It found the units can kill 99 per cent of the notoriously tough ryegrass seeds.

"We're running around 150 units in WA at the moment and have had some terrific feedback," Mr Asphar said.

"Farmers are saying they are doing one less spray a year because the Seed Harvester does such a good clean up during the harvest itself."

Crop yields have been highly variable across the State, though most have come back above predictions.

"It wasn't a bumper crop by any means, but their yield expectation was probably lower than what they actually got," Mr Asphar said.

"Every harvest, we learn more about our mills, their performance and the way they interact with the combine.

"Setup is crucial but harvest weed seed management through the combine is a tricky business.

"The weed seed must get on the sieve, and then it must be ejected into the MOG stream to enter the mill and be processed.

"More fine adjustment is needed to ensure we get the weed seed, but not the viable grain.

After a lifetime in the cropping machinery industry, Mr Asphar said it was one of the more hands-on harvests he had done for a long time, testament to the commitment Seed Terminator makes to their quality performance of their product.

"I spent 18 weeks on the road, travelled 60,000 kilometres and did more machine adjustment, setup and testing than in any of the 30 previous harvests that I have been involved in," he said.

"I likely learned more too and look forward to sharing what I have learned with the farmers we support."