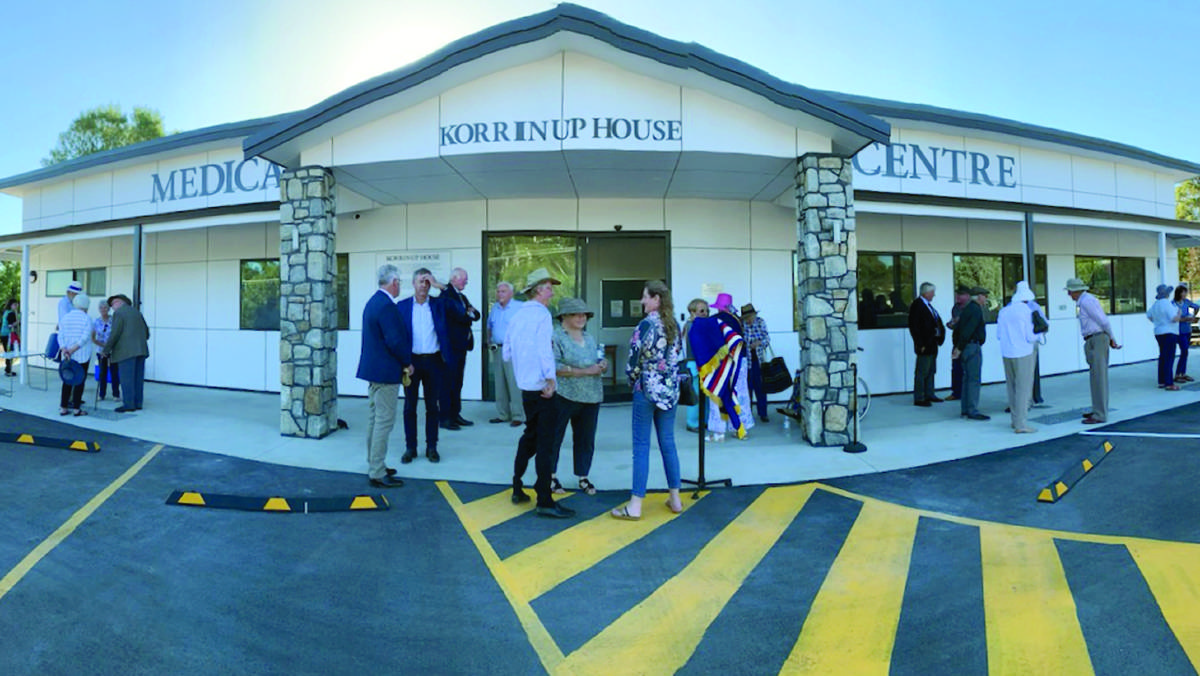 A new medical centre has opened in Kojonup.

A NEW medical centre has opened in Kojonup and serves as the lasting legacy of a farmer who dedicated his life to the town he lived in and whose generous donation made the project possible.

The George Church Community Medical Centre (GCCMC), named in honour of its benefactor, was officially opened last Friday and is a fitting tribute to the entire Church family that has had a long association with medical services in Kojonup.

The centre was given the name Korrinup House - the same name as Mr Church's family farm where he lived and worked for most of his long life.

The idea of a standalone medical centre had been brandished about in Kojonup since 2012, but a lack of adequate funding and flawed models being promoted meant the project couldn't get off the ground.

GCCMC chairman Robert Sexton said it was not until George Church gifted Kojonup $500,000, specifically to build a new medical centre, that a real chance to achieve the facility was in sight.

"The timely intervention of the Member for O'Connor (Rick Wilson) in securing a $750,000 grant from the Commonwealth government and the gift of $140,000 cash from the Kojonup Shire made the project financially viable," Mr Sexton said.

"The securing of this block of land from the Kojonup Shire Council and generous donations from the Kojonup people coupled with volunteer labour and expertise, all freely given and the formation of an incorporated body to control the project made success a certainty."

George Church's family is the model of public service that the board adopted in it's endeavour to provide a place from where medical help could be sought for the wider Kojonup area. 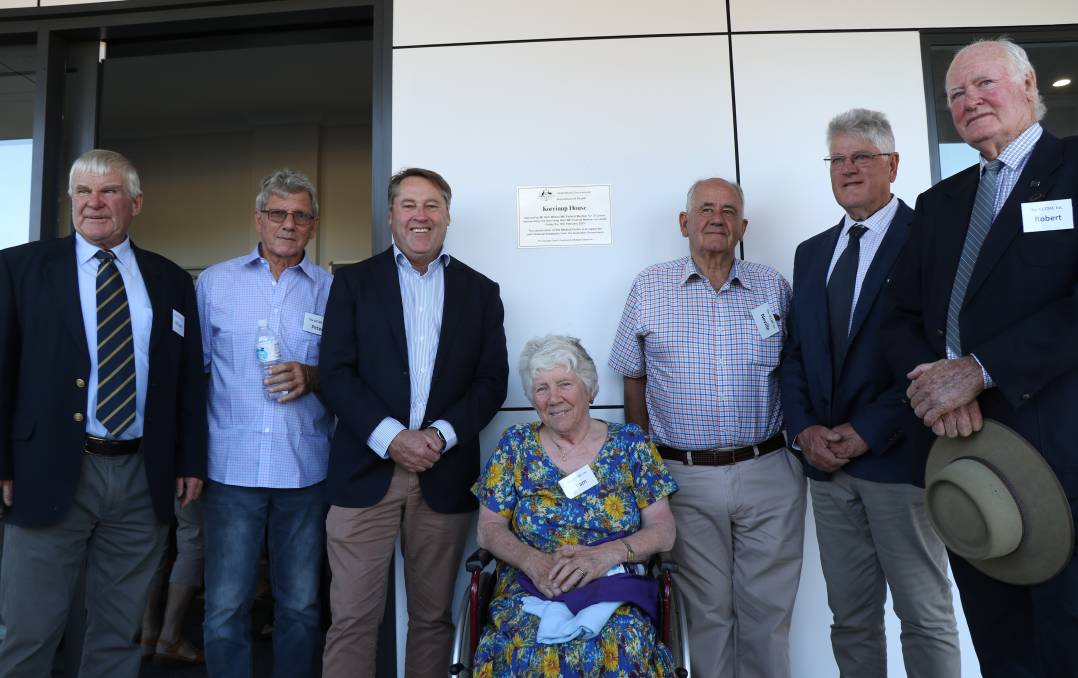 Emily Church, George's mother, was at the forefront of the push to create the District Hospital in Kojonup, cutting the opening ribbon in 1922, and she served on the first hospital board.

In later years, George served on the hospital board as a member and chairman.

That is how he met his future wife, Patricia, who was a nursing sister at the hospital at the time.

George's elder sister, Gwen Cornwell, practiced as a nurse and hospital matron for her entire working life and when retiring to Kojonup, she also served as a hospital board member.

Mr Sexton said the governing board of the facility drew inspiration from the Church family's unstinting and dedicated free service in this area of medicine.

"The board of management adopted the ethos of obtaining 'value for dollar' that permeated the Church's family approach to life," he said.

"One of the key criteria adopted by the board was that this facility would open with a credit balance or not open at all."

Mr Wilson was at the centre's opening ceremony last Friday and said employment opportunities would be generated for Kojonup and the wider Great Southern region due to the attraction and retention of quality health services.

"Families need reliable and sustainable access to quality health care for all stages of family life.

"GPs and young health professionals will also gain a fantastic opportunity to live and work in a thriving regional community."

The GCCMC is managed by a board of members directly elected from Kojonup residents, who come from different backgrounds both by profession and life experience.

The group was under no illusion how difficult it would be to achieve something of a high standard that would meet the expectations of the district.

They even had repeated advice that they did not have the necessary expertise or sufficient funds to take on such a task, however in the grand Kojonup tradition of making it happen, they put their collective shoulder to the wheel to achieve this result.

Mr Sexton said the board determined that they would manage the project from start to finish, using the offered free expertise and help from the people of Kojonup.

"After a lengthy and involved process of evaluating prospective health professionals who would be able to engage GPs and Allied Health providers, St Luke's Family Practice has been contracted to lease the building and provide such medical services," he said.

"The current and subsequent governing boards of GCCMC will be required to pay close attention to the ongoing financial viability and provision of medical services from this facility.

"The present GCCMC board has a high degree of expectation that St Luke's will be successful in their management of this facility providing GP and Allied Health services, we have a good working relationship and have agreed on regular lines of communication."

The George Church Community Medical Centre belongs to the people of Kojonup and is the culmination of the idea of the local community to have a permanent place from where medical professionals could operate.

"We were advised, by several consultants in this field of medical facility, not to attempt the project unless we had at least close to $3 million of funds available," Mr Sexton said.

"However with help, encouragement and expertise from the people of Kojonup, we have built this facility for $1.3m debt free."

At 96 years of age, in an interview just prior to his death, George was asked: "you were a bright school student and had a successful army career, did you not consider another career in another field other than farming in Kojonup?"

He replied: 'Oh no, I only ever wanted to be a part of Kojonup.'

"Rest assured George, you'll always be part of Kojonup - your legacy will be etched into the hearts of all those that enter Korrinup House," Mr Sexton said.