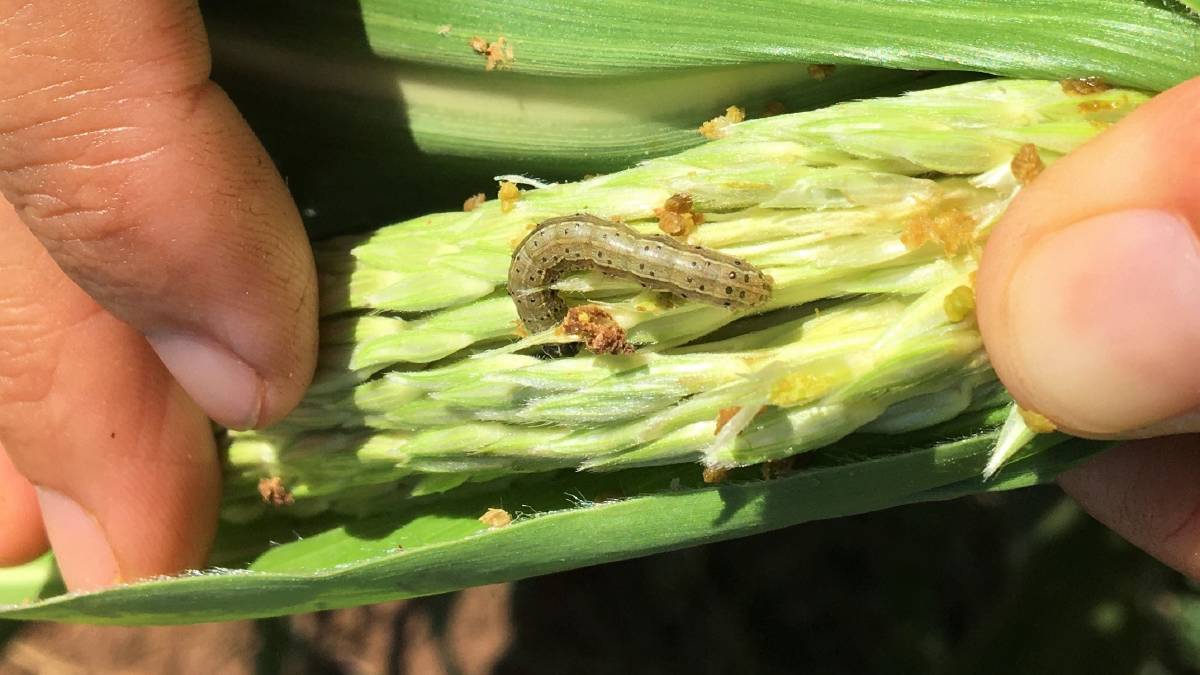 Horticulture growers in the Gingin area and surrounds have been urged to monitor crops for the new crop pest, fall armyworm.

Detection of fall armyworm larvae has sparked a call to monitor crops for the plant pest.

A RECENT detection of fall armyworm larvae in a local crop has sparked a call for horticulture and turf growers in the Gingin and north Wanneroo production areas to monitor crops for the plant pest.

While moths have been found in traps in the area before, as part of Department of Primary Industries and Regional Development (DPIRD) surveillance, this is the first time fall armyworm larvae have been confirmed in a horticulture crop near Gingin.

DPIRD senior research scientist Helen Spafford said it was important for growers to monitor their crops carefully for larvae, or caterpillars, to confirm presence of the pest and to make informed management decisions.

"Young fall armyworm larvae could be difficult to identify, as they looked similar and caused the same damage as related pests," Dr Spafford said.

"As fall armyworm grow their characteristics become much easier to distinguish, as they develop white, lengthwise stripes and dark spots - the pattern of which is important for identification.

"If growers are uncertain, the best way to confirm the pest is to report it to the department for scientific identification, then growers will know what they are dealing with."

Dr Spafford said controlling fall armyworm could be a challenge, as they were prone to developing resistance.

"In Australia, the pest carries the genes that confer resistance to Group 1 insecticides," she said.

"It is important to apply controls for fall armyworm and other pests judiciously to manage the risk of potential treatment issues with fall armyworm."

Fall armyworm is a moth that is native to the American tropics, which has a wide range of host plants, including corn and grass crops, turf grass, brassicas, beans, melons and tomatoes.

The pest was first confirmed in the Torres Strait islands in January 2020 and has since spread to Queensland, the Northern Territory, New South Wales, Victoria and Western Australia, including detections at Kununurra, Broome, the Pilbara, Carnarvon and Geraldton.

The Consultative Committee on Emergency Plant Pests concluded it is not technically feasible to eradicate fall armyworm from Australia.

DPIRD maintains a surveillance trapping network and undertakes field scouting for the presence of eggs or larvae to confirm establishment and provide early warning advice to industry as the pest migrates further south.

"While the pest has been detected in grains, fodder and horticulture crops north of the grainbelt to date, southern growers should remain observant and report any suspect caterpillars to the department and seek control advice," she said.

Observations and photographs of suspect fall armyworm larvae and crop damage can be sent to DPIRD via its MyPestGuide Reporter app or its Pest and Disease Information Service on 9368 3080 or email padis@dpird.wa.gov.au