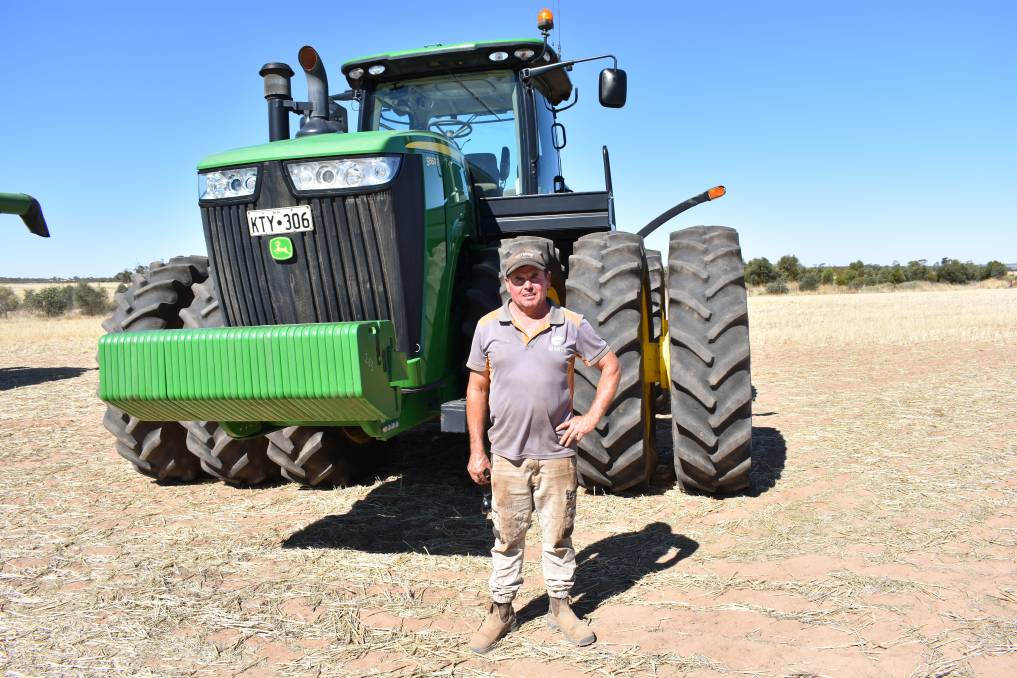 Mark Sutton, Mollerin, attended the sale for this John Deere 9560R tractor and left having bought it for $230,000.

THERE was a massive show of community support for a stalwart farming family in North Trayning on February 11.

A huge total of 301 buyers registered for the sale at Hazeldean Farms, where the Smeeton family has continuously farmed for 110 years.

For Colin and Deborah Smeeton, the clearing sale was the last step to their retirement, with the farm already sold previously to two other farming families from the district.

Mr Smeeton said it was great to see so many people at the sale and he was very happy with the results of the day. 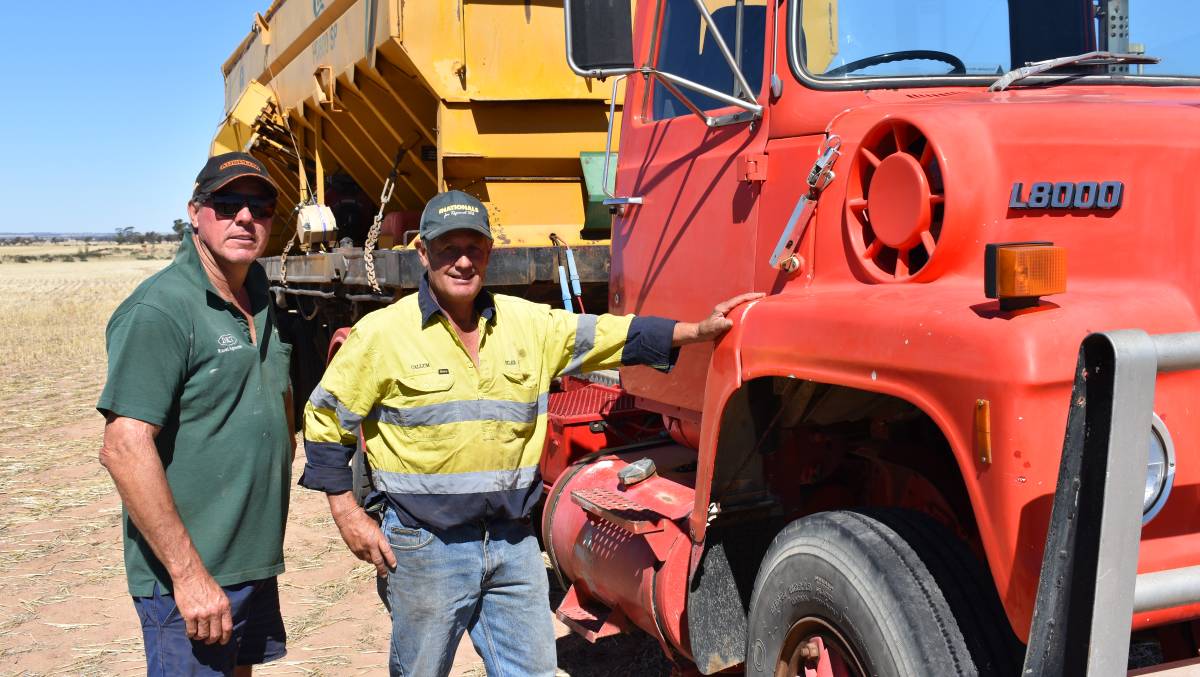 "It was more than we expected overall, with some things getting less than we thought and others more."

There were 265 lots put up for sale, with the final total reaching above $1.3 million including GST.

Westcoast Wool & Livestock presided over the sale with auctioneer Chris Hartley at the helm.

"The presentation of the items for sale today was exceptional," Mr Hartley said.

"Coupled with the great weather, it made for ideal conditions and an almost full clearance.

"It was a very big crowd to send the vendor's off, which shows the respect they had in the area.

"We wish the Smeetons all the very best for the future." 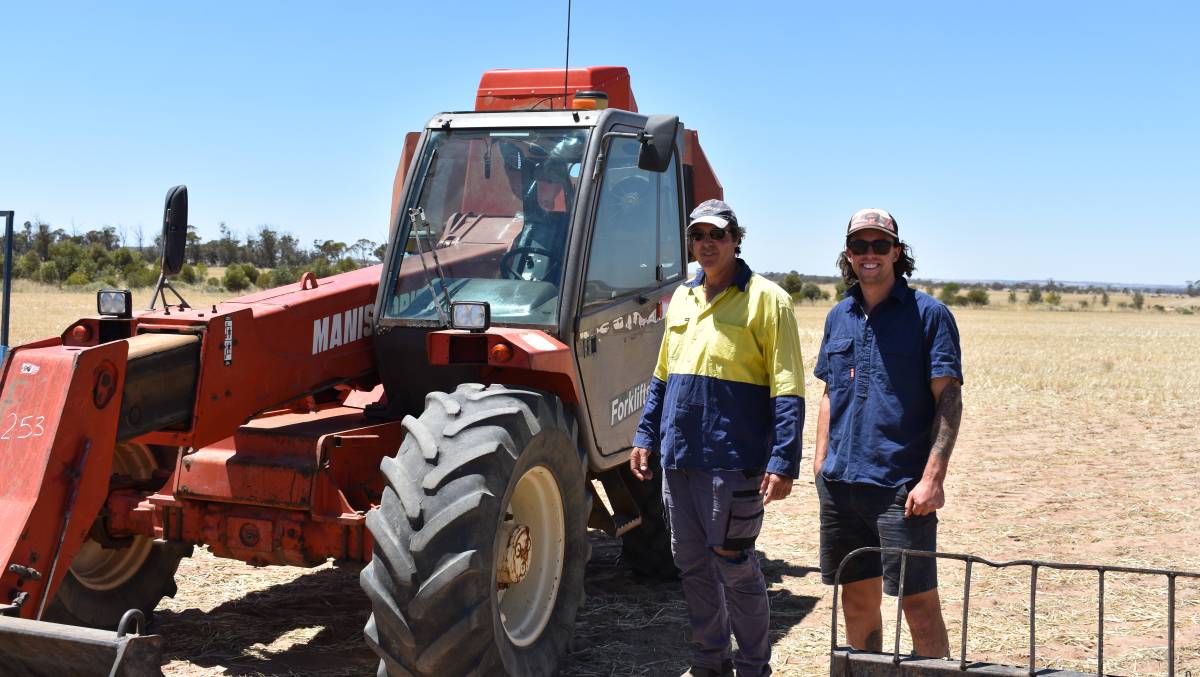 Commenting on the weather is a common farmer thing, with many noticing that the strong easterly wind conditions of the previous days had let up, allowing for pleasant conditions at the sale.

A light breeze kept the sunny conditions bearable for the entire day, with the sale taking over three hours.

The neatly-presented and well-catalogued sundries kicked off the day's proceedings at a cracking pace.

Some of the items to attract particular attention were an Oversize sign, achieving $160 and sold to MW Grant, Korrelocking, while a hydraulic oil drum sold to Nethinim Pty Ltd, Trayning, for $680, who also purchased a 50 tonne hydraulic jack later for $2700.

Four lots of John Deere fingers, some with sieves, guards and pulleys went for between $240 and $580. 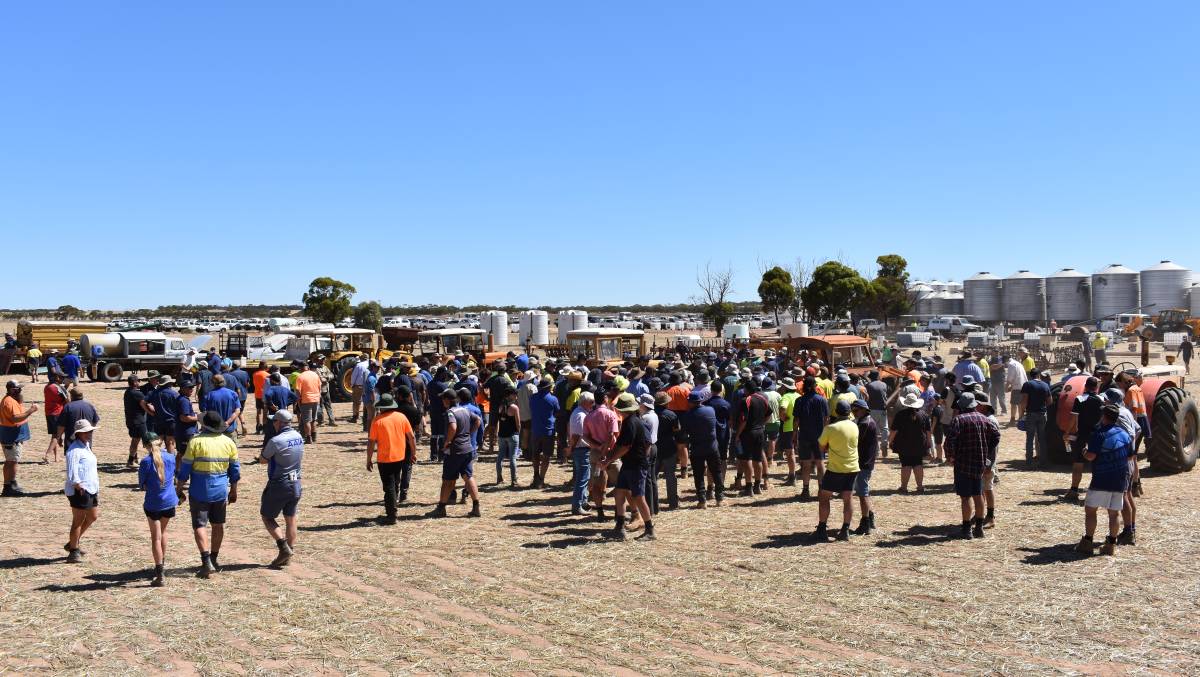 A huge total of 301 buyers registered for the sale at Hazeldean Farms, where the Smeeton family has continuously farmed for 110 years.

Moving into the bigger plant and equipment the crowd became more engaged and there was a definite interest in some of the big ticket items that had been inspected thoroughly throughout the day.

Perhaps one of the most-talked about items listed on the day was a Toyota personnel carrier, or troopie as many refer to them, that had been converted to a roo shooting wagon, selling to CW & JA Jenkin, Wialki, for $1800.

Mr White said he attended the sale to look at the Toyota and a field bin.

"I came specifically to see the LandCruiser," Mr White said.

"I am really happy with the price, very happy."

Mr White went on to secure a 32T Brereton field bin for $6250, filling his sale list for the day. 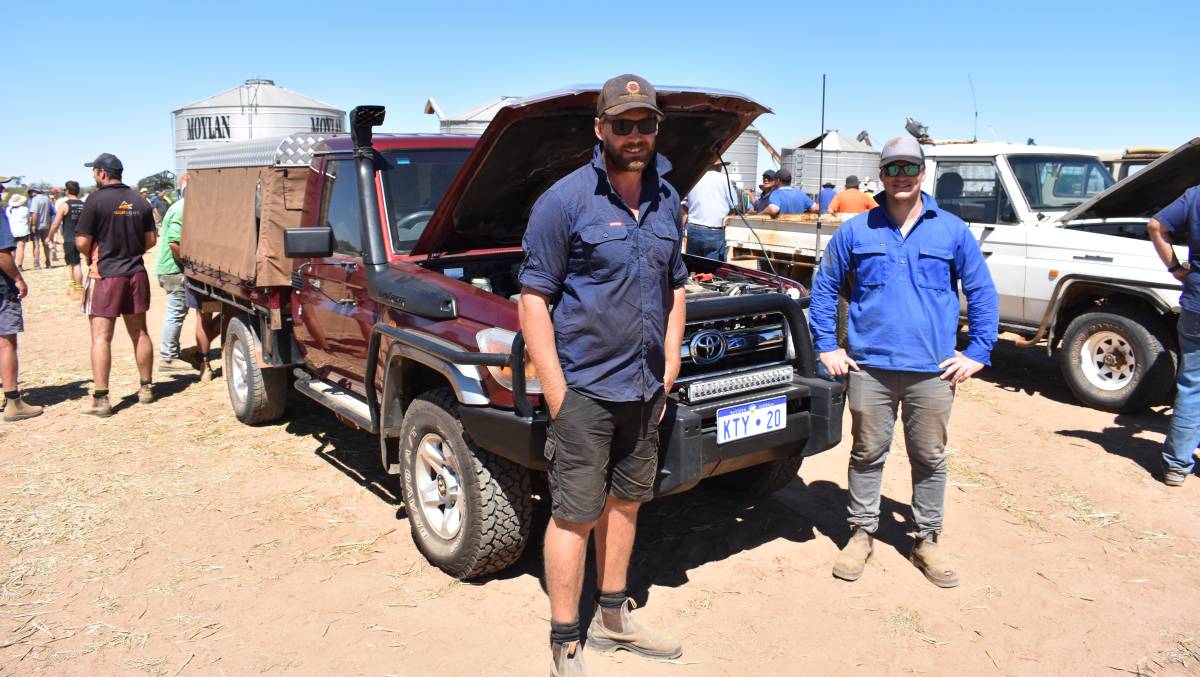 Vintage equipment is always popular at sales, with many collectors attending to purchase for parts or restoration projects, so it was no surprise that the four Chamberlain loaders listed were all sold.

What is surprising however, is that the top selling one was a Chamberlain C6100, topping the bunch at $10,500.

It was not the price tag but the reason for purchase which was the surprise, with Dale Naughton, Trayning, buying the loader with bucket on-behalf of Brendan White, Kondinin.

"He is not a collector, he wants it for the farm to use," Mr Naughton said.

Curtis Mackin, Tammin, purchased a 75Ft Brandt auger for $26,500, after discussing the purchase with his brother Ashley over the phone.

"We have been looking for an auger for a while," Mr Mackin said.

"This one will make life a lot easier and we will be able to use it for fertiliser as well."

David Leake, Kellerberrin, purchased the truck on behalf of Kinjarling and said the owner had no use for the seed and super bin.

"If anyone wanted to buy the seed and super bin let me know," Mr Leake said.

"The truck is going to be used for other things."

Anthony Ryab and son Leigh, Wyalkatchem, were successful in securing the Manitou telehandler that a brought them to the sale, for $28,000.

"It is in such good condition and I expected it to go higher, but it worked out well for me."

Mr Sutton intends to use it as part of his 5500 hectare cropping program.