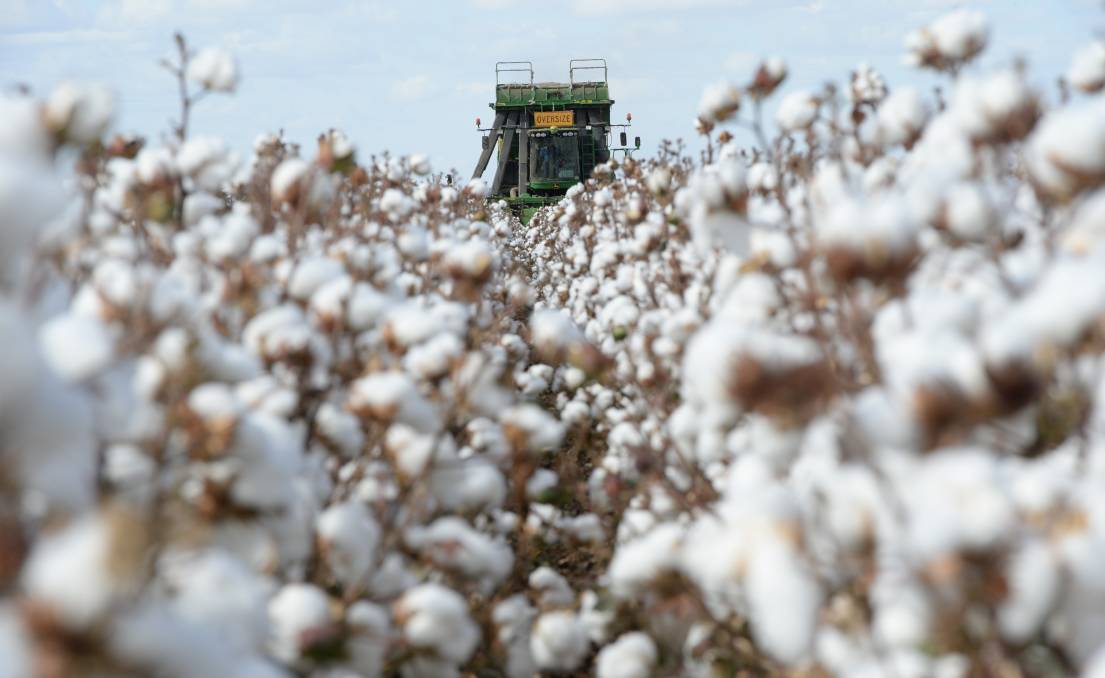 Australian cotton production with more water being available to farmers following a series of droughts, but it will still be below the ten year average.

Cotton prices should firm in the medium term on the back of a post-COVID-19 increase in demand, but synthetics will take market share.

WITH the COVID-19 pandemic hitting demand for cotton hard, Australian Bureau of Agricultural and Resource Economics and Sciences analysts are predicting sales to rise as the globe slowly returns to normal.

He said strong import demand from China and recovering global demand more generally are forecast to support prices throughout 2021.

However, he cautioned that high stock levels and competition from synthetics are expected to keep cotton prices near current levels in real terms over the outlook period.

While textile demand is expected to pick up in the wake of the COVID-19 vaccine, Mr Mornement said much of that demand would be taken up by synthetic fibres.

However, he forecast global consumption of cotton to increase by an average of 2pc per year from 2021 to 2026, to reach 26.9 million tonnes.

"This is largely driven by reduced area planted in most producing countries, and below average yields in the United States and Pakistan," Mr Mornement said.

In terms of prospects for the upcoming Aussie cotton crop, Mr Mornement said there had been a strong rise in import demand throughout 2020-21 by major world processors China and Pakistan. "Both countries are importing to fill deficits in useable supply, for Pakistan, stronger import demand is the result of two consecutive poor crop seasons," he said.

"For China, import demand stems from the combined impact of the phase one (trade) agreement with the United States and bans on cotton exports from the Xinjiang region."

Major processed cotton buyers such as the US, Canada and the UK imposed a ban on cotton from Xinjiang in western China due to concerns over potential labour exploitation.

In terms of demand, Mr Mornement said there was a gradual shift from China, where mill use has dropped since a peak in 2007, to lower cost centres such as Bangladesh and Vietnam.

The Aussie crop is expected to be larger both this season, on the back of better seasonal conditions in the summer cropping heartland of NSW and Queensland, but also into the medium term, given normal weather conditions.

He said there was a reasonable prospect of a sizable Australian plant in 2021-22 based on increased water allocations due to significant water carryout in NSW and assumed improvements in water storage levels in NSW and Queensland.

The story Cotton to benefit from return to normality first appeared on Farm Online.