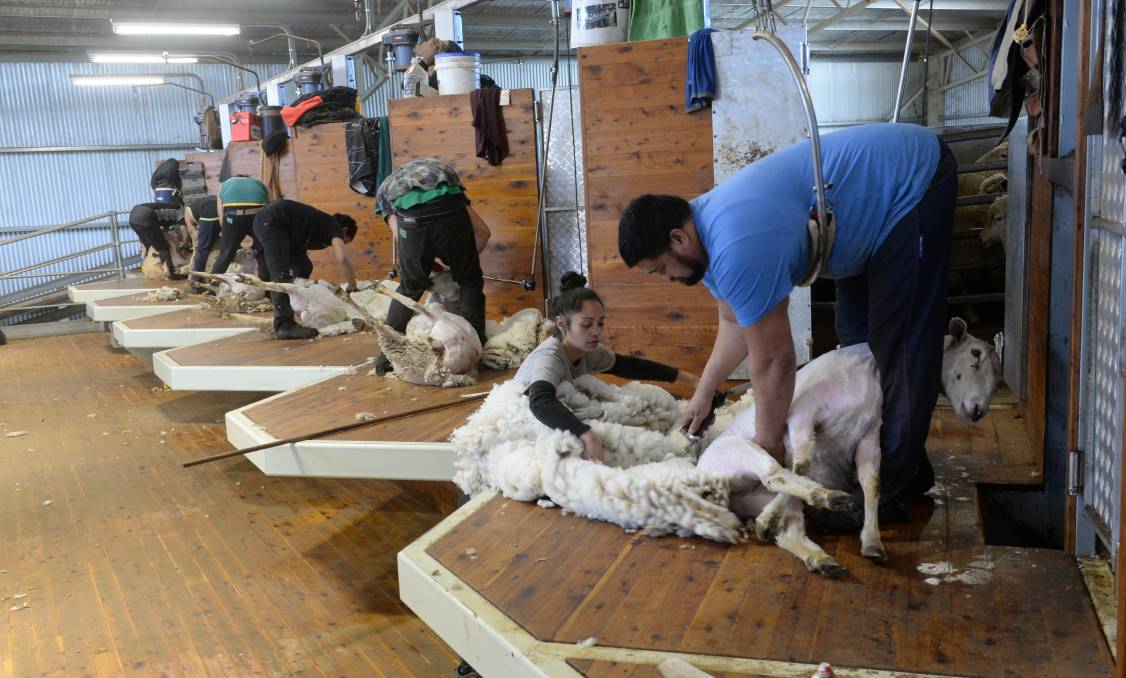 New woolsheds, dairy barns and upgraded water infrastructure are among the most popular business investments on farmers' priority lists according to Rabobank.

More than 40 per cent of farmers tip their incomes will keep lifting in the next 12 months and many will boost on-farm investment.

Farmers are making the most of a big harvest, heady livestock prices and a generally bullish mood across the sector by planning for a big year of spending on new gear, buildings and extra farmland.

With seasonal expectations still generally upbeat after last year's rebound from crippling drought across much of Australia, 41 per cent of producers are tipping their farm incomes will keep lifting in the next 12 months.

A further 46pc expect incomes to be similar to 2020's rewarding results, according to the latest quarterly Rabobank Rural Confidence Survey.

The bank said about 36pc of farmers were planning increased investment in their farm businesses in the coming year, compared with just 5pc likely to cut spending.

The confidence survey showed almost two thirds of those looking to invest intended to spend on infrastructure such as sheds, fences and silos, while 46pc identified new machinery and equipment.

Just over a quarter wanted to buy more property to expand their enterprises.

It's an exciting period for many farmers who are very much looking forward to the year ahead - Peter Knoblanche, Rabobank

"It's an exciting period for many farmers who are very much looking forward to the year ahead.

"They are making the most of good seasonal conditions, commodity price strength and favourable business incentives to help strengthen and grow their businesses."

Tasmanians had the strongest appetite for on-farm investment, while Queensland indicators were for near-record levels of farm investments, despite seasonal conditions still proving difficult in some areas.

That level of sentiment was down only a few points from three months ago, and complemented by more than half of survey respondents believing the sector's prospects would remain stable.

Rising commodity prices and strong demand were primary drivers behind the current confident mood among the 68pc of farmers who felt business conditions would improve.

The much improved season, aided by relatively consistent summer rain and mild temperatures in many regions was keeping confidence high, too.

In fact, 62pc of farmers cited the good season as likely to improve their prospects in 2021.

The survey, completed last month, found just 7pc were pessimistic, while sentiment was most positive among grain and cotton producers.

NSW had the highest levels of rural sentiment, with 52pc of farmers surveyed expecting improved business conditions and 40pc expecting the outlook to be much the same as the pleasing past year.

"After a near-record winter grain harvest last season, there are promising early signs as farmers start making plans to plant this year's crop," he said.

"Livestock prices are breaking all sorts of records because the demand for sheep and cattle is so strong and there just aren't the numbers to meet that demand.

"Combined with low interest rates and a number of government incentives, farmers are generally speaking in a good place right now."

One of the most exciting developments unfolding in the sector was the way farmers were capitalising on good returns, good seasons and favourable business conditions to build greater productivity and profitability into their enterprises.

"Increasing productivity is vital to ensuring business strength and boosting profits during good years and we are seeing a big focus on this in the investment plans of Australia's farmers," Mr Knoblanche said.

In Victoria, where more than half the state's farmers foresaw very good conditions enjoyed at the end of last year continuing, a third of those surveyed expected incomes to rise, in turn, fuelling strong investment plans on dairy farms, and for water infrastructure upgrades across all sectors.

Mr Knoblanceh acknowledged, however, parts of WA and Queensland had continued enduring tough seasonal conditions during summer, while market conditions were challenging for any farmers trying to rebuild herd and flock numbers after the drought.

Coronavirus-related workforce constraints, especially in the wool and horticulture sectors, were also a concern for some farmers, while market volatility, particularly in export markets dependent on China, were making some sectors nervous.