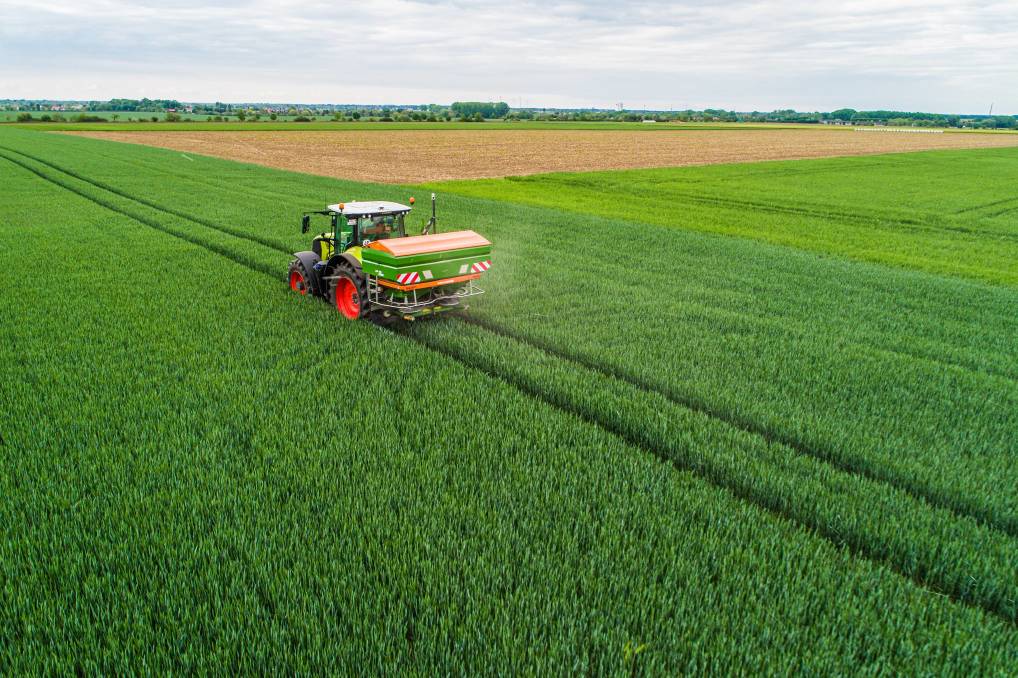 AMAZING ACCURACY: Amazone claims its new AutoTS spreading system can increase yields along the borders of a field by up to 17 per cent.

Amazone claims its new AutoTS spreading system can increase yields along the borders of a field by up to 17 per cent.

"Settings can be adjusted to the specific spreading situation - side, boundary or water course spreading - from the comfort of the tractor cab," he said.

"For example, if the paddock borders onto land with a similar crop, 100 per cent of the application rate can be spread right up to the edge of the field using the side spreading function.

"If the paddock borders a road, the boundary spreading function reduces the maximum throwing distance and prevents fertiliser from being thrown across the border.

"The water course spreading function ensures the maximum spreading pattern is kept within the confines of the field."

"The average yield of the five-metre border treated with a conventional border spreading system was just 68pc of the full field," he said.

"This increased to 85pc when using Amazone AutoTS. This improvement can really add up in small or irregular-shaped fields because they have a higher proportion of border area.

"The added value generated by AutoTS compared to conventional border spreading systems can be estimated using an online calculator (amazone.net/border-spreading-calculator).

"This calculator is based on paddock size and shape, crop type and crop value."

Amazone is produced by a family-owned German company which specialises in spreading, seeding, spraying and cultivation equipment.