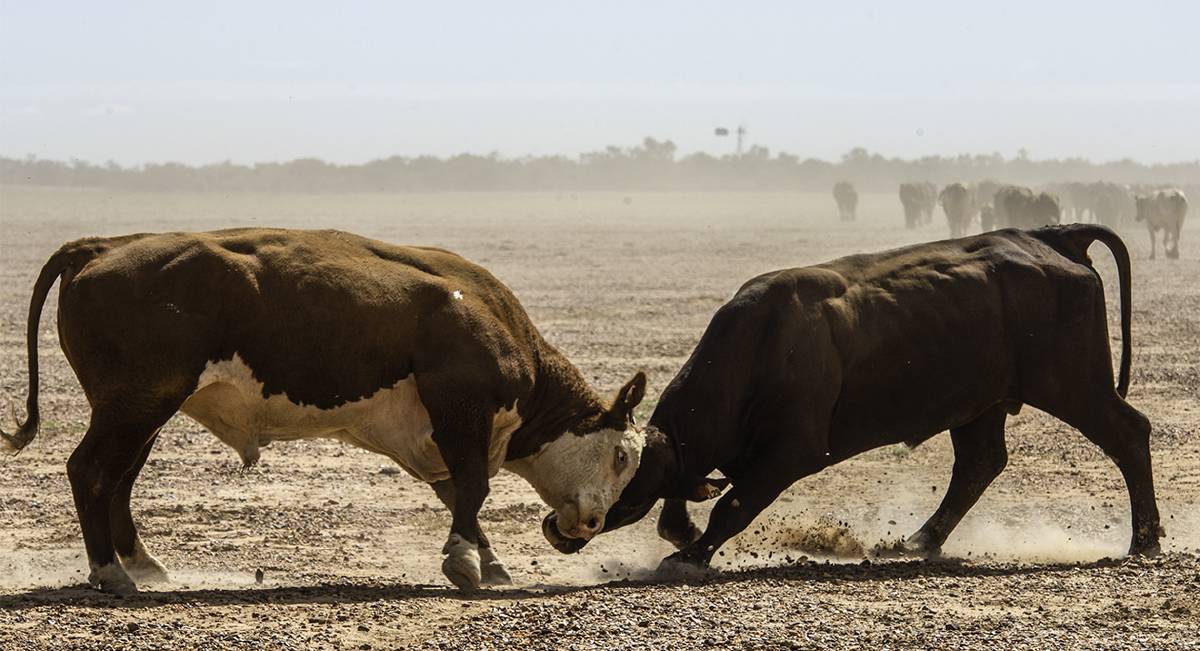 EYCI nips at the heels of the $9 mark.

SEVERE lack of supply is butting heads ferociously with feed in paddocks, a wetter-than-average outlook and a general optimism in the long-term strength of the Australian beef industry.

The tension is pushing the cattle market skyward, with agents reporting there are plenty of buyers leaving saleyards empty-handed who will no doubt keep turning up, maintaining the upward pressure.

The benchmark Eastern Young Cattle Indicator set a new record after the results of Monday's sales were collated, jumping 33 cents a kilogram carcase weight in a week to sit at 896.50. The previous record of 888c was only set in February.

The EYCI is now at a solid 205c above the year-ago level, which itself was well on the way up.

It still, however, has a bit more climbing to do to reach a record in inflation-adjusted terms, which Thomas Elders Markets calculates to be 936c/kg. That all-time real high for young cattle prices was reached in mid 1965 when the nominal price was around 68c.

Even with the rain-induced disruptions in processing applying some brakes, agents say there is widespread confidence among producers that the market is going to linger in record territory now for a while.

The rain has exacerbated supply constraints and it is restockers pushing the market up, they said.

Agents report yardings since have more than half what would normally be expected, especially for a shorter week.

Elders southern zone livestock manager Matt Tinkler said buyers leaving sales disappointed had been a common occurrence since January but those buyers had now 'got their head around' the current rates and were active.

"Now, at any southern saleyard on any given day, you'll find no gaps in the market," he said.

"That's what the latest rain has done. Everyone has the utmost confidence right now."

Elders northern livestock manager Paul Holm said where the 'biggest paddock' (Queensland) wasn't putting a lot of new stock in, there had now been what could be termed general rain and that was creating stiff competition for what's available - which isn't a lot.

There had been numbers running in some parts, such as central Queensland, but the rain had stopped that now, he said.

While the market remains solid in South Australia, the price jumps seen in other Eastern States in the past week haven't been as dramatic.

SA agents do, however, report increased northern demand for smaller cattle this week.

Mt Gambier agent Andrew Whan said his region had experienced a good season but was now waiting on an autumn break.

Lack of supply was expected to bite harder from here, he said.

"Due to higher prices right from the weaner sales in January, a lot of our restockers haven't put the amount of cattle back in paddocks they normally would," he said.

National Australia Bank has just revised upwards its average EYCI forecast for the second quarter of 2021 to 850c, citing the expected resurgence courtesy of solid rain in previously-dry areas of Queensland.

That will turn many producers from sellers to buyers, according to the bank.

NAB Queensland agribusiness customer executive John Avent said while the three-month rainfall outlook for the state was wetter-than-average, challenges for the Queensland cattle industry were not over.

"With the national cattle herd so depleted, it will be an ongoing challenge to restock and we know herd rebuilding will take considerable time," he said.

"Any meaningful herd rebuild will put upward pressure on young cattle prices, especially given the herd is at a 27-year low."