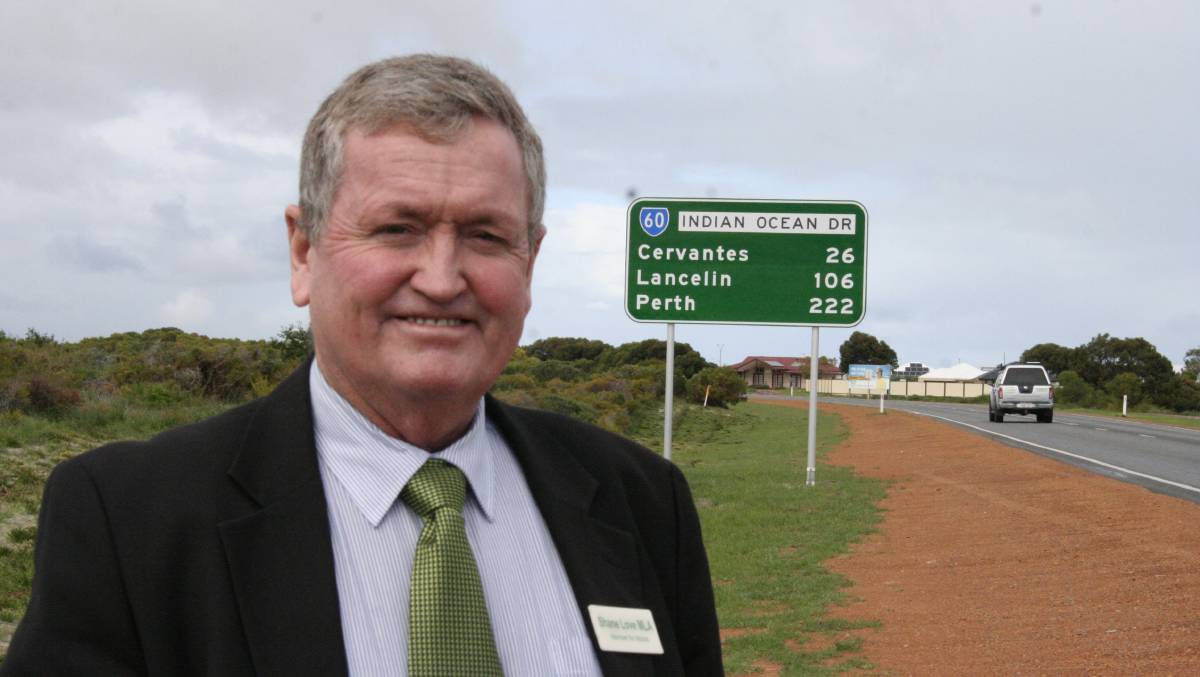 The Nationals WA deputy leader Shane Love was one of ten delegates who travelled to Canberra in late March to attend The Nationals federal conference.

TEN delegates from The Nationals WA, including deputy leader Shane Love, travelled to Canberra to advocate for regional Western Australia at the Nationals federal conference in late March.

"There have been a lot of issues with telecommunications not being up to scratch and our mobile towers not performing very well," Mr Love said.

"I get reports as a local member from all over the place, where people tell me they can't get reliable access from towers.

"Sometimes the tower might have been there for a while but its not working as well as it used to and while some of the more modern towers have put in longer life batteries, some of the earlier towers only have a minimal battery backup

"During emergencies the towers get absolutely flooded because people are trying to get their information and then it collapses and they are left high and dry, so it's a real safety issue as well."

Mr Love said the frustration of not being able to reliably make a phone call, whether it's a life-saving one or not, was being felt by those living in regional WA.

"In some areas the landline has been run down and on a lot of isolated farms they are being replaced with mobile patch-over services where instead of a landline you get a dedicated service into your home, which is basically a substitute landline that isn't a mobile," Mr Love said.

As a result of these issues the party has called upon the Federal government to deliver minimum network standards for mobile network performance and develop initiatives and policies to deploy standalone power solutions to improve the reliability of Australia's regional telecommunications services.

"We think if instead of relying on power lines there was a solar set up or something it would probably be cheaper than connecting to the power anyway."

Mr Love said the current visa process was also restrictive and costly for unskilled working-holiday makers or backpackers who provided essential support for our agriculture and horticulture sectors.

"The agricultural sector right across Australia is experiencing a critical worker shortage, so it's important that we make the process of attracting workers as easy as possible once international travel resumes," Mr Love said.

"This will help our essential industries and have economic benefits across Australia, but particularly in regional areas where our food and fibre industries are primarily located."

With the Federal government introducing travel quarantine trials to address the need to urgently fly-in seasonal workers to regional areas, by way of amendment the Nationals moved that the process be taken up by the individual States.

"This way worker shortages could be relieved more quickly by allowing people that have been appropriately quarantined to come straight into the region in which they are needed," Mr Love said.

"Basically we are calling on the State governments to act more quickly to ensure that everyone can benefit from those programs."

The Nationals WA also backed an RAC-supported proposal to extend ANCAP safety ratings to new and used cars at the point of sale to increase consumer awareness of vehicle safety and passed motions calling for greater protections from cyber-attacks for small businesses.