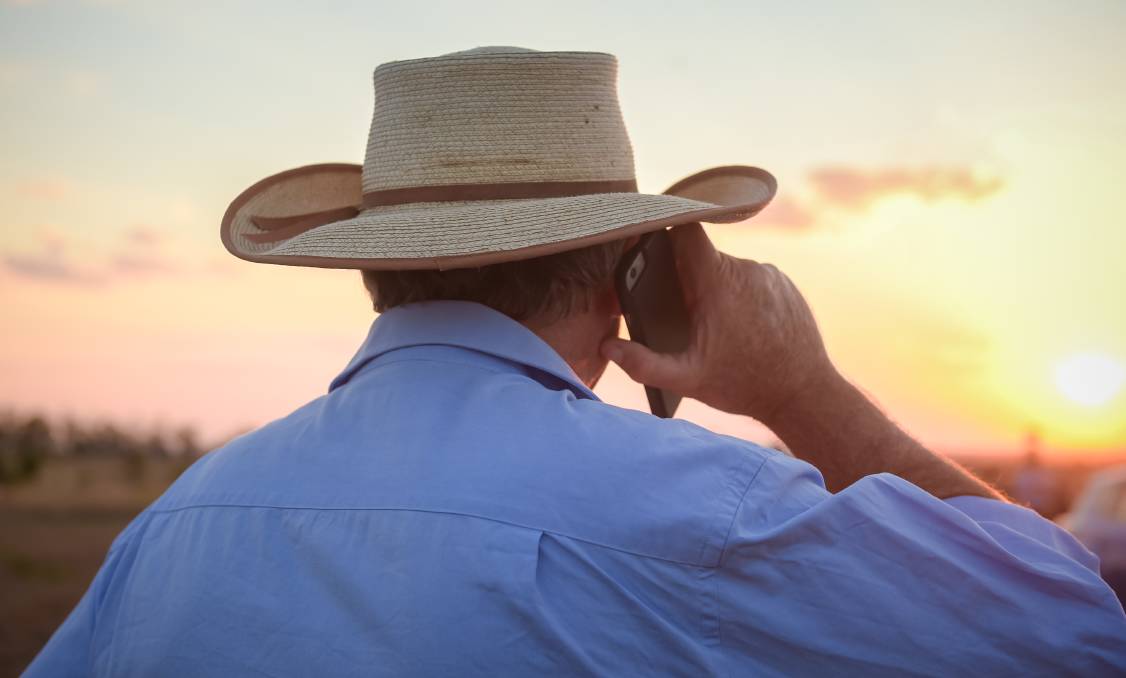 I'LL TAKE IT: Crunch the numbers before handing over that hard-earned, even when cattle prices are at records and government incentives are enticing spending.

Record cattle prices, gov't incentives mean producers are looking to spend - but what's worth it?

THE ABILITY to gauge whether an investment is worthy or a tad rash has never been more critical, with record cattle prices boosting cash flow and government incentives aimed at turbocharging bush spending.

The advice from all is first and foremost create a plan - whether that be a strategic business plan or just a capital investment plan.

Agribusiness consultant with Pinion Advisory in South Australia Royce Pitchford said the key was not to jump the gun on things here and now, when there were longer-term strategic items that need to be considered.

"A plan will naturally flow into a priority order and give structure as to how things will be funded," he said.

"The next step is to have a rational, calculated approach rather than purchasing on gut feel, whatever the planned investment might be," he said.

An important tip when calculating labour savings, Mr Pitchford said, was to use a real value of time labour - time needs to be leveraged in a livestock operation as best as possible.

"Labour has a wide impact. It's more than just the per hour amount you save. It has flow-on impacts by improving overall business timeliness, with is a key profit driver," he said.

With plant and equipment purchases, producers should take into account all costs, including fuel, financing, depreciation at market rates and the year-in year-out costs, in order to get a true balance between machinery efficiency and labour efficiency, Mr Pitchford advised.

Plans should include both business and personal goals, be focused on the end game and include everyone, as another generation may have different ideas, Meridian Agriculture farm business consultant Emma Bolding, Victoria, said.

On the business side, consider how an investment might improve productivity, drought resilience for the future or workplace health and safety.

Look for choices that will result in reduced energy or fuel costs, improved efficiency, reduced labour or bring extra expertise into the operation or build on infrastructure values.

"Be aware of considering all aspects - buying a bigger tractor, for example, might improve labour efficiency but how much will it be utilised? Will the pay-off be there compared to other options for the money that would be spent," Ms Bolding said.

The other part of this conversation was non-farming spends, which can be just as deserving.

Setting up for succession, planning for retirement, diversification of assets and provision for education, a holiday or improved living quarters are all areas that should be considered, Ms Bolding said.

Decision making was a complex process and understanding what was happening behind-the-scenes was valuable, she said.

"There are three parts to decision-making. Your gut, or intuition, will guide you based on previous experience. Your heart will draw on emotion and come at the task from the perspective of your values and beliefs. And your head is the logical, evidence-based side," she said.

"Be aware they all play into a decision, and a good decision is when they all point in the same direction."

There are a number of tools that can be drawn on to analyse whether a particular investment is a go or no go, and to rank different options, Ms Bolding said.

These include cash-flow budgets, net present value assessments, internal rate of return analysis, running benefit-to-cost ratios and looking at how many years it will take to break even on the expense.

Overall, her advice: Have a plan for guiding the use of profits, use evidence to assist with decisions, spend money in areas of the business that will increase profitability, reduce risk and improve resilience - and take a well-deserved break while times are good.

However, it was important to look beyond the tax deductibility of the investment when weighing up capital allocation options.

"Capital allocation is a very important aspect of business, where those precious funds that are left over after running costs and finance expenses can be reinvested in the future of the business," he said.

Some items aren't a deduction, such as provisioning for succession or retirement and paying down debt, and have to come from after tax-profits.

"So spending money on something to avoid 30 cents in the dollar of tax means you miss out on 70 cents in those dollars to put towards retirement, succession or debt reduction," Mr McLean said.

The investments to pursue are the ones which provide the best return relative to the outlay in the shortest period, and with the least risk, he said.

"If the investment options don't meet some pretty high hurdles, then the money may be better spent on retirement, succession or debt," Mr McLean said.

When assessing the returns from an investment on the property, it can be tempting to include a likely increase in land value into the equation.

"This is fine, if the intention of the investment is to increase the value of the property for sale. If that is not the intention then this line of thought is delusional," Mr McLean said.

"An inherent feature of agriculture is that there is a high asset base that, generally, earns low relative returns. So, if valuable, discretionary dollars are to be invested back into the business, then they should be directed where they are going to increase the returns from the asset, over and above the investment.

"Using an increase in asset value, rather than increased returns, to justify an investment in a low yielding asset defies logic."

Rather than focus on reducing tax payable, profitable well managed businesses focus on maximising after-tax profits in the long term, he said.

The story How to gauge what's worth your money on farm first appeared on Farm Online.