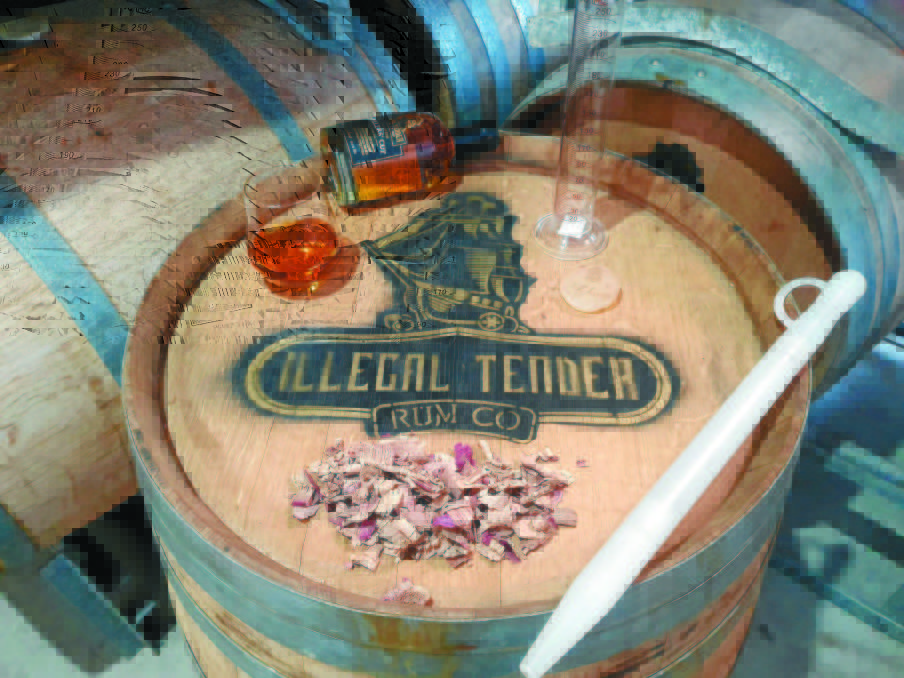 Founders, owners, distillers and husband and wife team Codie and Hayley Palmer have shown that with patience, dedication, know-how and quality ingredients, the sky really is the limit.

A desire to make a truly 100 per cent Australian owned, Australian made spirit, utilising quality Australian grown ingredients has proven its worth with the products winning major international awards.

They can also announce that they have since taken out the prestigious award again at the 2021 World Rum Awards proving the quality of their products twice over, which is no easy feat. 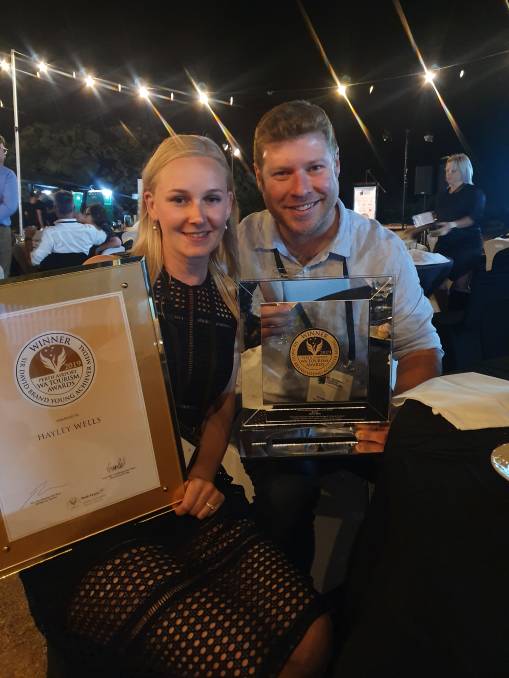 Founders, owners, distillers and husband and wife team Codie and Hayley Palmer have shown that with patience, dedication, know-how and quality ingredients, the sky really is the limit.

"I noticed that nothing behind any bars was Australian anymore back in the early 2000s," Mr Palmer said.

"For me primarily the focus was rum.

"I grew up in the Pilbara, in Dampier, and rum was the spirit of choice you could say, the most popular form of spirit drunk by the majority of people and one that I enjoyed."

He said that not even the one popular rum that everyone associated with being Australian, was actually Australian anymore, as it had been sold and had become a multi-national business.

"So even then I wanted to know why there weren't any true Australian products," Mr Palmer said.

He said his early working life included washing dishes at local restaurant the Dampier Mermaid when he was 15 and this was where his passion for distilling alcohol was first awakened.

"One of the head chefs made his own homebrew," Mr Palmer said.

"He also had his own little hobby still - the amazement of it all, the ability to produce something yourself and have the satisfaction of knowing what you had put into it and seeing the end product, was something I was in awe of.

"This really ignited my passion for brewing and spirit distilling."

With having been brewing, commercially brewing and distilling for more than half his life now, Mr Palmer said this early passion turned to almost an obsession.

Lucky for us this penchant for distilling has awoken a real talent and led to the quality products being produced at the Illegal Tender Rum Co.

Mr Palmer's passion for history is almost as strong as his passion for distilling and this is how the name for the company, the products and the labelling for the rum side of the business came about.

"The history of rum in Australia is amazing," he said.

"Learning all about the history of rum in Australia really resonated with me, facts like at the Sydney Mint, there is still a part

of the Sydney Rum hospital.

"It was the first hospital built after colonisation and it was built with 45,000 gallons of rum.

"There is a plaque there, I cannot really explain how much I love the spirit and the history.

"The great rum rebellion of 1808 was how our name Illegal Tender Rum Co came about."

Rum had become an unofficial form of legal tender during the early years of colonisation and this continued until 1808 when the Governor of New South Wales, William Bligh, ordered that rum be made an illegal tender, bringing about the event marked in our country's history as the Great Rum Rebellion. 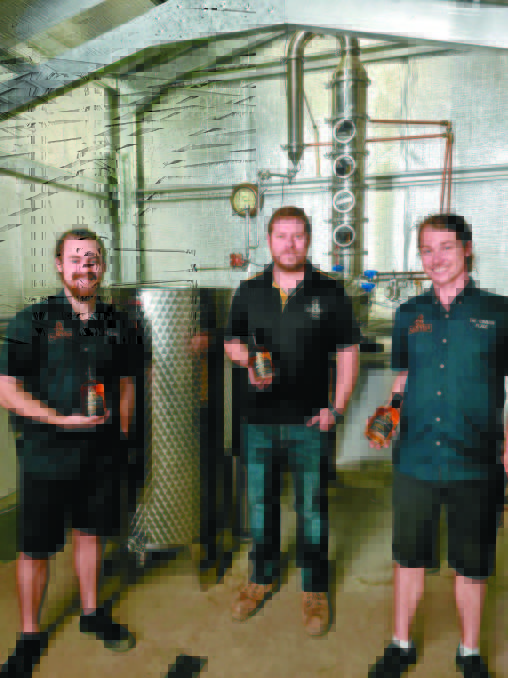 Fittingly Mr Palmer's admiration for rum and history has certainly made him part of the story that is still being created and documented today, through his production of a unique and obviously impeccable quality spirit.

But what is so special about Illegal Tender Rum Co products and what is it that sets them apart?

According to Mr Palmer it is their ingredients and how these affect the final product.

"As a boutique/craft producer we use better quality ingredients," he said.

"Rum is a very universal spirit and there are so many ways to produce it, it is not all about molasses.

"We source our dark brown sugar from sugar cane farmers in Queensland.

"Under Australian law you can use any ingredient from the sugar cane stalk itself, which means you can use virtually the juice that is crushed out of the stalk and ferment that, you can use raw sugar, brown sugar, dark brown sugar or molasses or any of those variants.

"With these five ingredients you have around 120 theoretical styles of rum you can produce, but 97 per cent of the world produces rum just using molasses, which is the cheapest option virtually, although it is the very traditional option and can produce a fine rum"

Mr Palmer said that he had tried virtually every style possible with those key ingredients and the one that stood out and resonated with him was the dark brown sugar, saying it tasted so much better and was better quality.

The choice to use Australian Dark Brown Sugar was a much harder one to swallow with sugar being a world commodity, meaning the price fluctuates from day to day, making it one of the most difficult ingredients to get at the same price every time creating havoc on the balance sheet.

"Although it is a more expensive ingredient the 100pc Australian, 100pc natural moist Dark Brown Cane Sugar we use has a rich distinctive full flavour and creates a far superior spirit than those made with molasses," Mr Palmer said.

All the spirits are fermented in-house before being distilled twice, effectively removing all the sugar, and keeping all of the flavour. 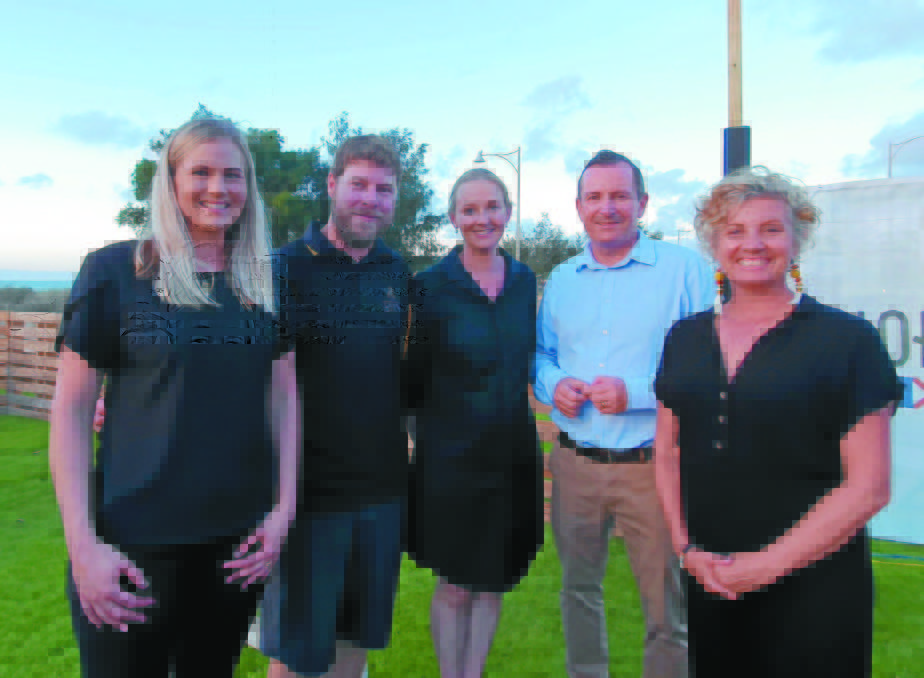 Another distinctive ingredient for Illegal Tender is its water.

The distillery is in Dongara, a three and a half hour drive north of Perth on the family's farm.

There is no scheme water on the property, so everything hinges on rainwater.

"The collection of soft rainwater is crucial to making our rums," Mr Palmer said.

"Obviously, the water is treated, but it still carries that low mineral content that differentiates it from ground or spring water."

The distillery has so many inimitable elements in the way it makes its spirits and one of the very distinctive ones is the zero sugar end product - in particular The Spiced.

"As far as we know and can tell, we are the only NATA (National Association of Testing Authorities) sugar free final product spiced anywhere in the world," Mr Palmer said.

"A lot of people will just distil it and it comes out clear and they add sugars to make it look like it has been barrel aged.

"Then they fill it full of more sugar.

"The average rum these days, just the spirit, is 40pc sugar before you even mix it with anything.

"It comes from sugar, but you convert that sugar to alcohol and distil it out.

"We are literally just barrel ageing it for colour, then proofing it with rainwater and then we add distilled essential oils."

Mr Palmer said their spiced was a labour of love as they spent the time distilling each of the 20 essential oils themselves. 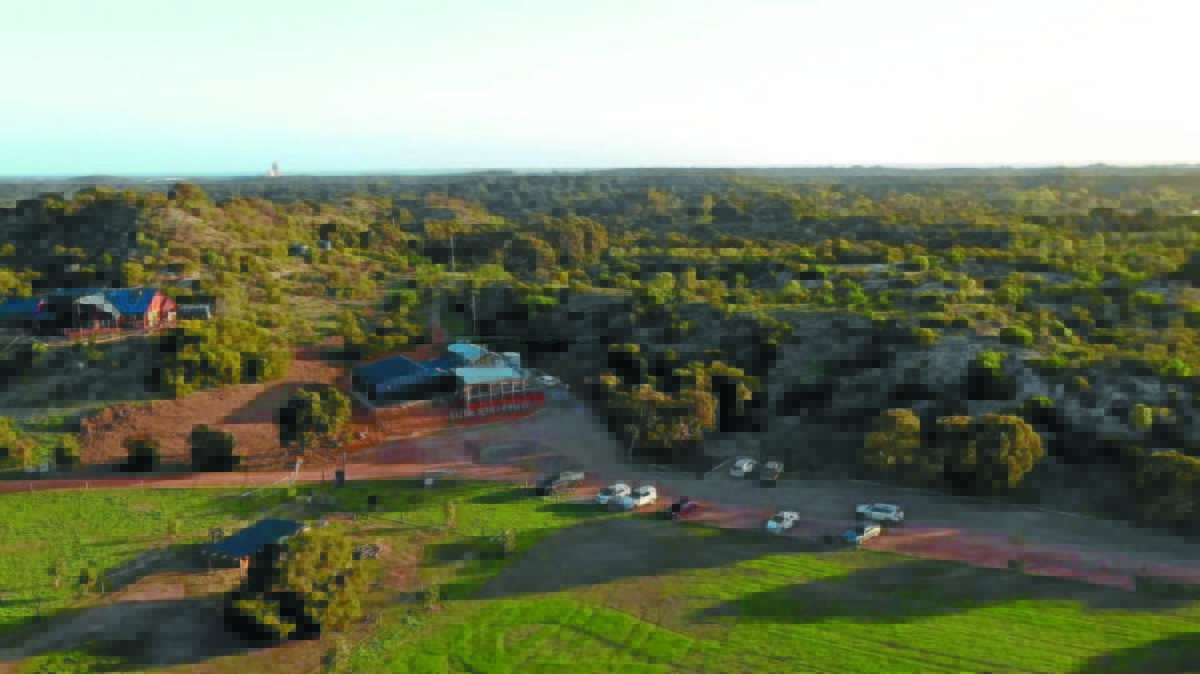 An aerial view of the distillery and open air restaurant in Dongara.

The spirit is considered smoother than traditional molasses based rums because of its use of dark brown sugar.

It is mellowed in French oak casks, previously used for shiraz, for a month, after which it is then spiced.

Other Illegal Rum Co products include the 1808 Barely Legal white and the acclaimed Distillers' Cut.

The tasting notes claim that at 45pc ABV the Distillers' Cut is sure to be the smoothest rum you will ever have the pleasure to sip, the rum is also zero sugar and aged in French oak, ex-shiraz casks, for a minimum of two years or eight maturation seasonal variances - something of which Dongara has a perfect climate for maturing spirits.

The Stableviews Gin is the final product produced at the distillery.

Stableviews is actually the name of the family property the distillery is located on.

The gin is also very singularly Australian, using a juniper forward recipe base that is then infused with wattleseed, lemon myrtle and wild hibiscus.

While the spirits were the focus of the business, the Palmers found they needed to expand the business to include a cellar door, after their numerous international awards had tourists turning up at their premises, even though they were not listed as a sales site.

In 2017 they opened their cellar door and tours after officially starting their distilling onsite in August 2015 and putting their first cask away in April 2016.

"We have what we call an open air restaurant with a little kitchen and we serve local produce platters.

"It is only local WA produce and produce vendors.

"The cheese is from a farm halfway to Geraldton from here, the meat is from farms around Dongara - we only have local and we also have WA made and owned wine, beers and ciders."

They have the complete backing of family and can say that not only are they 100pc local, they are also a family business.

A passion for making rum and for Australian ingredients has seen this family shine on the international stage, but their popularity is also evident on the home front.

After the effects of COVID-19 meant they closed their front of house operations for a total of 14 months, they finally opened in time for Easter weekend 2021 to a full house, under COVID-19 rules. 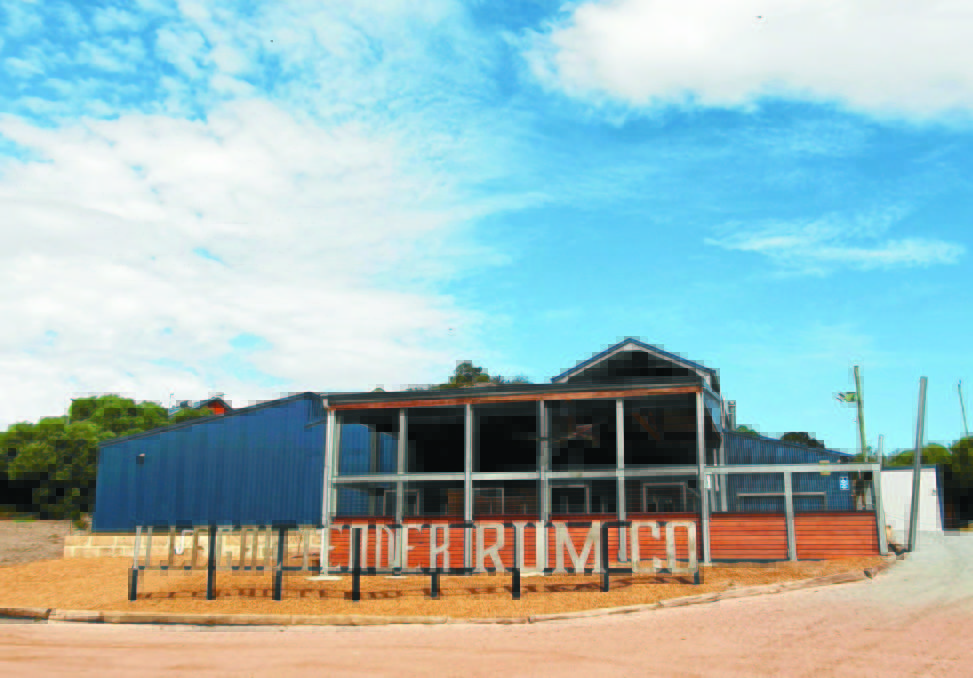 However, ex-Tropical Cyclone Seroja meant they had to close the following weekend and pack down.

"We were very lucky to not have had any damage to our property," Mr Palmer said.

"But going forward we will re - reopen on Saturdays and Sundays, from 11am till 5pm.

"We have a really amazing bartender, and our signature cocktail list really has something for everyone, so people can come in, do a tour of the distillery or tasting and then sit out in the open air restaurant and enjoy the local produce- it's actually quite an experience.

"And I enjoy having people enjoying themselves after getting an appreciation of the hard work myself and our team put in daily for their drinking pleasure."

If you want to try some of the famed Illegal Tender Rum Co or Stableviews spirits for yourself then you can visit the distillery at 35 Illyarrie Road, Springfield.