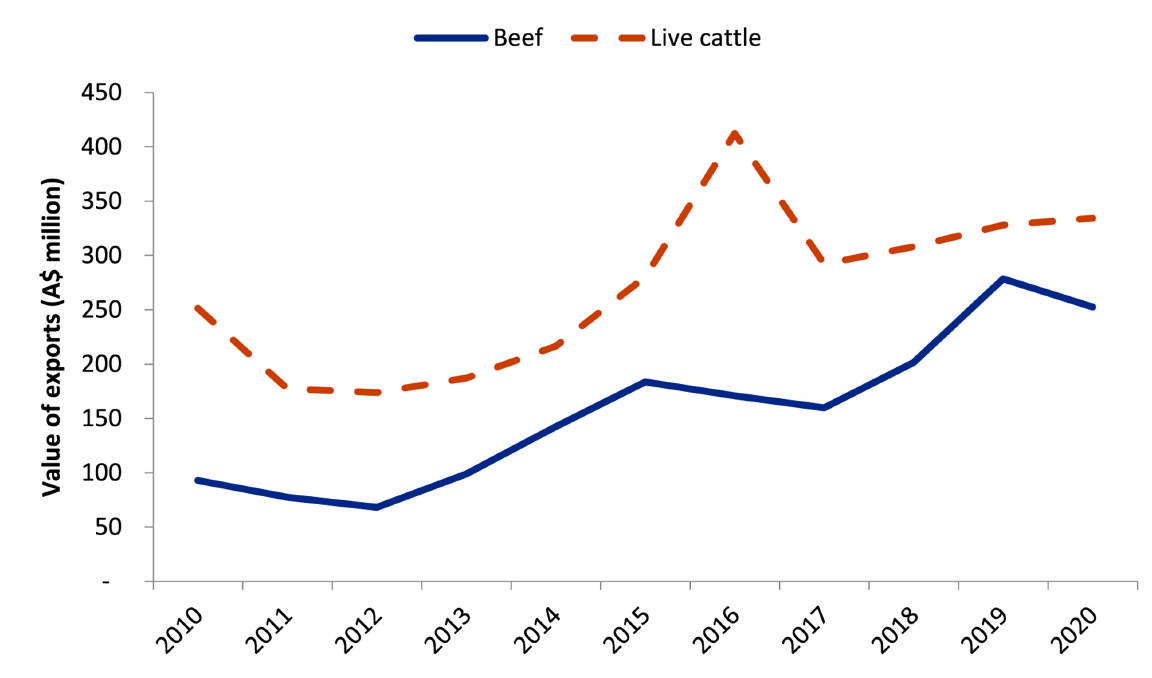 LAST year was a challenging one for Australian beef exports, but despite the impacts of COVID-19 held up extremely well and look set for growth in 2021.

The report said while Australia produced only four per cent of global beef, it accounted for about 17pc of world trade, and has consistently been one of the top three global exporters for several decades.

It said while 2020 was a particularly challenging year, characterised by the far-reaching impact of COVID-19 and tight levels of Australian livestock supply, many opportunities for targeted growth remained for Australian beef exports.

In its Cattle Industry Projections 2021 report in February, MLA said in 2020 Australian beef exports reached 1.04 million tonnes shipped weight (swt) which was a decline of 15pc on 2019 levels when dry conditions drove elevated stock turn-off for the entire year.

In terms of WA in 2020, according to the Department of Primary Industries and Regional Development's (DPIRD) Western Australian Beef Commentary released in March, WA beef exports were valued at $252.6 million, the second highest value on record behind the record value of $278.4m set in 2019.

DPIRD said the volume of WA beef exports in 2020 was also the second largest ever despite declining 12pc on 2019, which was WA's biggest year. 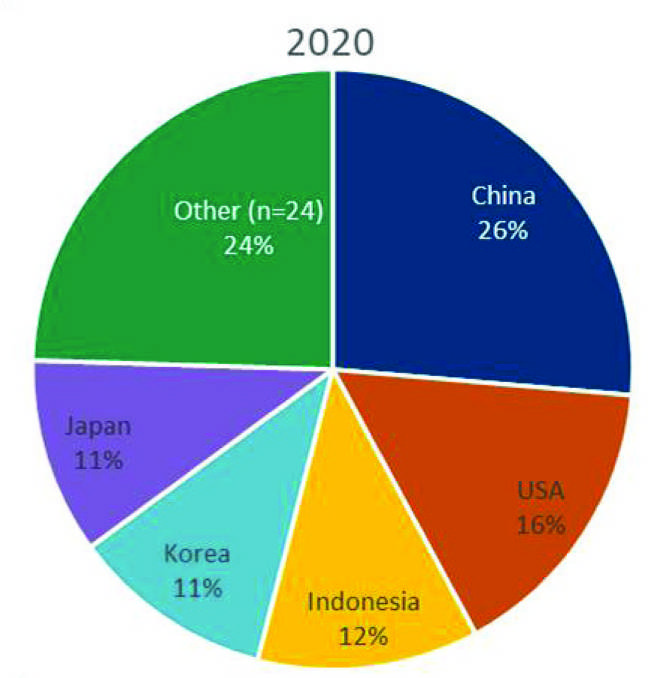 Export markets for WA beef by value in 2020 (based on ABS data, DPIRD analysis)

In the past decade there had been a 38pc increase in the volume of boxed beef exported from WA.

According to DPIRD the largest market for WA beef in volume terms is China and in 2020 it imported 12.8m kg ceq of WA beef, accounting for 25pc of WA's total beef exports.

The second largest market for boxed WA beef in volume was Indonesia which imported 8.6m kg ceq (17pc of WA beef exports), while third was the US with 15pc of exports.

Looking more broadly at Australia's markets, the top destination for Australian beef in 2020 according to the MLA industry projections report, was Japan taking 269,000t swt, which was down 6pc on 2019 levels.

According to MLA, Australia remains the largest supplier to the Japanese market in volume, however, the US has closed the gap in recent years.

Manufacturing cuts accounted for 43pc of Australian beef traded with Japan in 2020, which was on the back of strong demand from hamburger chains and casual dining restaurants.

After being surpassed by China in 2019 as Australia's second biggest export destination, MLA reported the US narrowly regained the title in 2020, taking 211,000t swt, down 16pc on 2019.

MLA said while the beef export volume to the US was back, the value only fell 3pc (to November), indicating a solid market under the circumstances.

The relatively small fall in value was due to the average Australian beef export price to the US rising 11pc in 2020.

MLA said the rising demand had been driven by a growing affluent consumer class discovering a taste for quality beef, and the huge meat deficit resulting from ASF.

When it came to the live cattle export market, MLA reported the Australian industry faced many challenges in 2020, with high cattle prices, a rising Australian dollar during the second half of the year and weakened consumer purchasing power in Indonesia.

It reported there was a 26pc fall in feeder exports, a 17pc fall in breeder exports and a slight rise in exports of slaughter cattle, driven primarily by Malaysia.

In terms of WA's place in the live export market, DPIRD reported in 2020 the number of cattle exported live from WA for both breeding and non-breeding purposes decreased to 256,000 head, which accounted for 24pc of the national total.

In 2020 Vietnam not only ranked as WA's largest market when it came to numbers imported, but it was also WA's biggest market in terms of value at $114.3m, which represented 34pc of the total.

According to MLA demand for live cattle from Australia's key market, South East Asia, is expected to see some recovery during 2021.