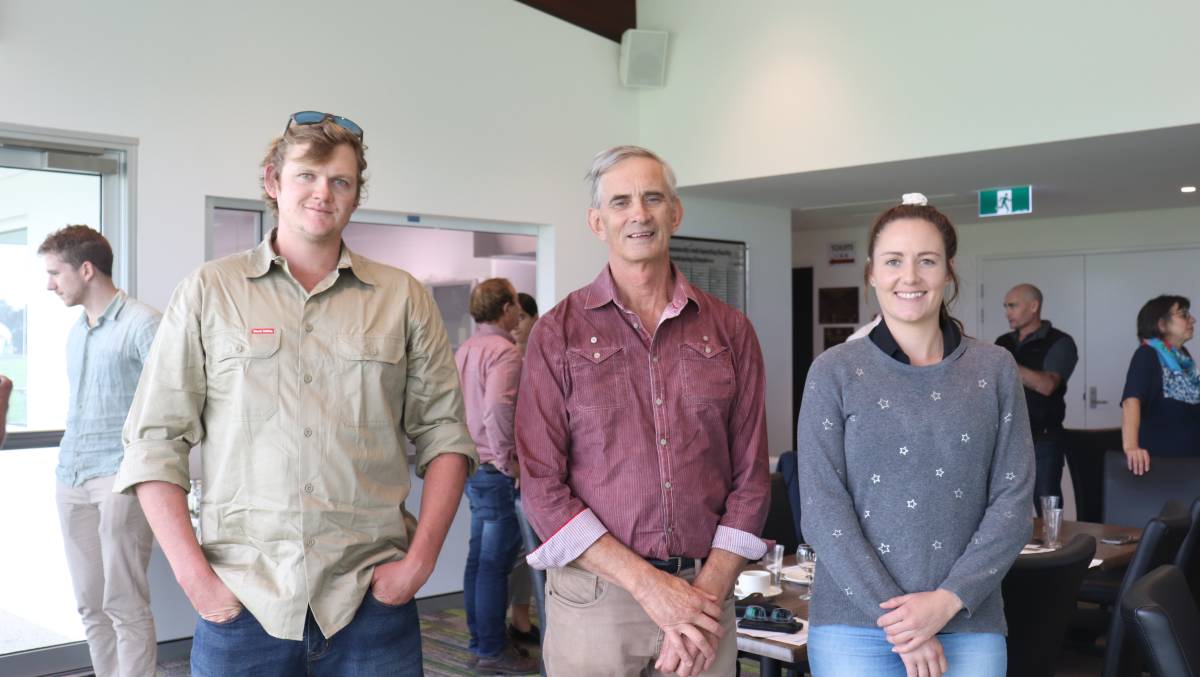 DAIRY farmers at a Harvey industry meeting recently were warned the next battle they face will be to retain lucrative live heifer shipping exports.

"So the pressure is going to be on - it's already started - to ban live shipping of dairy cattle from Australia," Mr Noakes told the meeting.

"We know what our next battle is going to be.

Mr Noakes said he had tried to find out how many of those were sourced from WA.

"That's about 60 to 70 heifers per farm, according to my calculations

"For the cost of three quarters of a heifer you can become a WAFarmers member and we'll keep fighting the fight for you," he told farmers at the meeting.

Mr Noakes also told farmers he was awaiting further information on the creation of a WA dairy industry working group and development of a local five-year dairy plan in line with a national dairy plan.

The working group and WA dairy plan had been agreed to at a January 19 industry roundtable with Regional Development, Agriculture and Food Minister Alannah MacTiernan, State government officials and representatives from WA's three biggest milk processors, he said.

From those discussions Mr Noakes and Mr Partridge said two of the three processors were very confident about the future of the State's dairy industry and had picked up some good dairy farmers as suppliers during industry changes arising from the introduction of the Dairy Code of Conduct in January last year and Coles Supermarkets buying milk directly off farmers since October last year.

Mr Noakes said he and other dairy farmer representatives at the roundtable had asked the State government for assistance on a retail levy on fresh milk to provide a greater return to dairy farmers and potential to set up a farmer-owned processing facility so dairy farmers had greater control of their milk.

He and Mr Partridge said dairy farmers had made a "strong presentation" to Ms MacTiernan that supermarkets, through setting the retail price of fresh milk, had too much power over the whole dairy industry when they had "least skin in the game".

Supermarkets' power in determining retail price controlled the flow of income down the supply pipeline to processors and dairy farmers who, if the value of total dairy assets including land were calculated, had more invested in the industry than processors or supermarkets chains, they said.

Mr Noakes said the WA retail price of fresh milk was seven cents a litre less than in any other State.

"Because of that, the money coming through to processors from retailers is less because of the lower price."

He and Mr Partridge said they believed part of the problem is industry "snapshot" data provided by Dairy Australia's Dairy Farm Monitor program and other surveys "is being used against us" by supermarkets to support their policy of using milk as a price leader for consumers.

"We are being penalised (on price for supplying milk in WA) by our own efficiency," Mr Noakes said.

"We're disappointed Dairy Farm Monitor statistics for WA are used by supermarkets, processors and governments to give a snapshot of what they think the cost of production is on farms.

"Only figures from a small proportion of dairy farmers are being used to determine industry performance.

"We believe that the supermarkets are using that Dairy Farm Monitor data to say that dairy farmers are doing alright, because those figures show some are.

"But it is not a true and accurate picture of the whole industry."

Mr Noakes said the ongoing Senate inquiry into the performance and profitability of Australia's dairy industry was "not opposed" to setting a minimum retail milk price and had already said the dairy industry needed better statistics to measure its performance.

Other topics discussed included bulk milk freight costs and how they were apportioned to dairy farmers and how a shrinking local dairy industry has left processors seeking an extra 20-30 million litres a year.

Despite some processors seeking extra milk, smaller dairy farmers in the Harvey area were "feeling unloved", being paid less per litre on volume and not being rewarded by lower transport costs for being close to the factory, the meeting was told.

Apart from the Harvey meeting, WAFarmers organised Regional Roundabouts at Albany, Northcliffe and Margaret River last week to update farmers on what its dairy section and national advocacy group Dairy Farmers Australia have been doing on their behalf.

The meetings also heard from SafeFarms WA and alternative power provider Clear Energy who suggested dairy farmers with generators should be negotiating with their supplier for a discount if they run their generator at specified peak demand periods.