The world's biggest meat processing company, JBS, has made another play into the plant-based protein market, paying about $530 million for Europe's third largest "fake meat" producer.

The Netherlands-based Vivera company has been producing vegetarian meat substitute burgers, sausages and other meat-free products for 30 years.

It supplies more than 50 lines to about 27,000 supermarkets across 25 European countries, with a particularly strong market footprint in Britain, Germany and The Netherlands.

Australian beef industry leaders say the JBS move - like other global meat companies investing in plant-based protein, including Tyson Foods and Cargill - is about looking at all ways to meet growing global demand for protein.

Meat & Livestock Australia's general manager Jason Strong warned against jumping to any "irrational and unjustified conclusions" that the Vivera acquisition suggested JBS was shying away from red meat.

Worldwide, Brazilan-based JBS packs more than 10 million tonnes of beef, pork chicken and sheep meat a year, including in Australia where it dominates the abattoir sector.

It made a big move into the meat substitute market last year launching its vegan-based subsidiary Planterra Foods in Colorado as a stand alone rival to its own US real meat businesses.

At the launch of Planterra's Ozo plant-based burgers and chorizo alternatives a year ago, the new company's chief executive officer Darcey Macken was quick to emphasise "we're not saying that meat is bad".

Consumers were paying increasing attention to plant-based products for different reasons, "whether it's about earth and sustainability or just not eating animals".

"Vivera will give us a stronghold in the plant-based sector, with technological knowledge and capacity for innovation," he said.

Strong global growth was expected in the plant protein category and Vivera would add a brand to JBS' portfolio which was well established in consumer preference, strengthening the company's focus on value-added products. 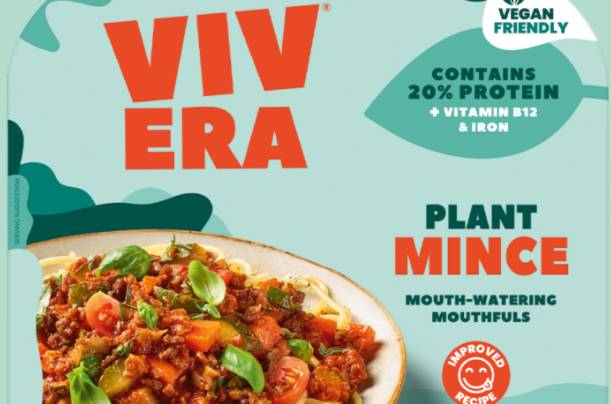 The deal includes three Vivera manufacturing plants and a research and development centre in The Netherlands.

MLA's Mr Strong said Australia's red meat industry had to think about how to work sensibly in an environment with alternative proteins.

"That includes goat and chicken too. Plant-based is just part of the protein mix," he said.

"It is confronting and easy for us to not like them (plant protein producers), and we can't be naive to the threat of those who misrepresent their products.

"If people are genuinely concerned about how the world is going to respond to the growing global demand for protein and want to collectively respond, we should work with them."

He also noted it was highly unlikely JBS, as the largest red meat processor in the world, would now be thinking of shunning meat and believing plant-based meat alternatives were "a better idea".

"We might like them to be our friends, and our friends only, but this is a business decision," he said.

"It is a response to increasing global demand for protein.

"And all indications are that demand is something that is going to keep growing."

JBS' latest deal includes three manufacturing plants and a research and development center in The Netherlands.

Vivera would remain a standalone business unit with its current leadership team and 400 staff, but its ties to JBS would give the parent meat business access to significant resources and capabilities to accelerate and diversify its growth.

JBS, which employs 245,000 people globally, also has investments in by-product businesses such as leather, biodiesel and collagen, as well as cleaning products, natural wrapping, waste management, recycling, packaging and transport.