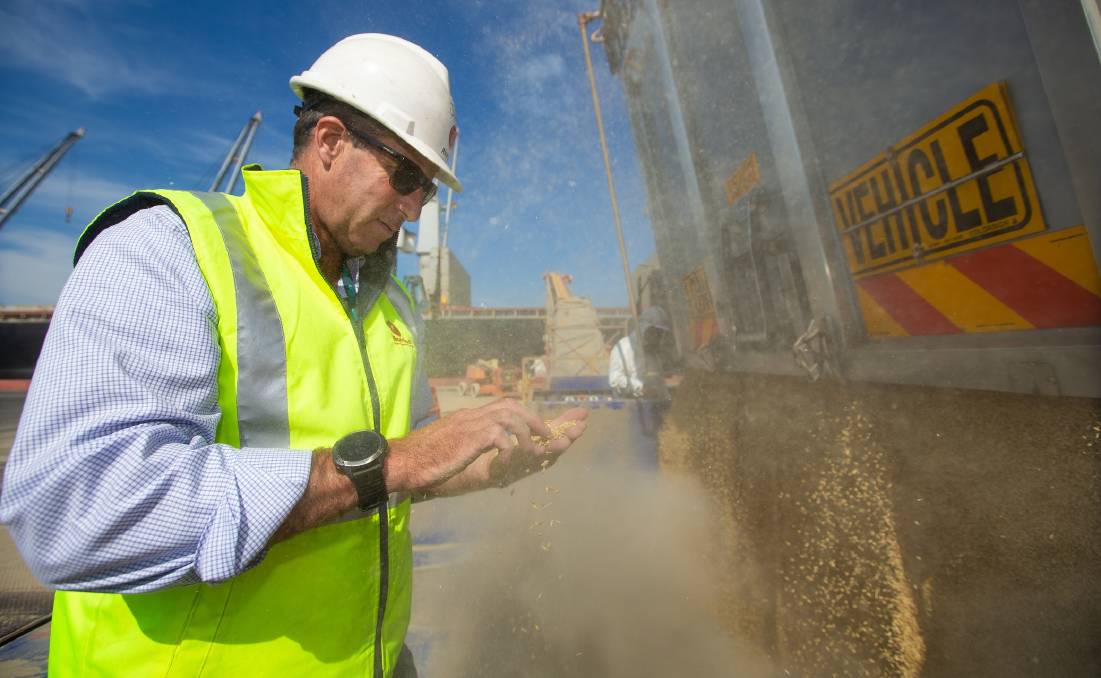 FROM humble beginnings as a one-man operation out of the small western Victorian town of Winchelsea, grain exporter Riordan Grain Services is now firmly entrenched in both the bulk and containerised export scene.

Last week Riordan Grain Services celebrated the execution of a million tonnes of bulk exports out of the Geelong and Portland export facilities.

The company first ventured into bulk exports in 2017 after operating in the container market since around 2000.

The million tonne milestone coincides with the 25th anniversary of the company, which moved from Winchelsea to Lara, on Geelong's outskirts, in 1998, where it focused on storage and handling and servicing Geelong's malt barley sector.

Today it is a $300 million business, employing 100 permanent staff along with contractors.

Riordan Grain Services managing director, Jim Riordan paid tribute to his staff, family and friends, saying the milestone would not be possible without them.

"The ability for our business to start in 1996 and be where we are today is probably beyond what I'd ever expect we could have achieved," Mr Riordan said.

He said the business had also been helped by government and the wider Geelong community.

"The support of the council, government, the port and the community has been critical to achieving the million bulk export milestone," he said.

Mr Riordan said the company had a simple philosophy of keeping the supply chain as uncomplicated as possible.

"For us as a business that's our ultimate goal; to see farmers be involved in the whole process from the paddock right through to the ship, which then goes straight to the customers overseas.

"It's as direct as we can make our supply chain."

Mr Riordan said the company had benefited from deregulation of grain markets.

He said the industry, regulators and government helped Riordan Grain, back in 2013, to develop a system that worked to support a fully deregulated grain marketplace.

"While it was some way there, we still had what I deemed to be a regulated supply chain," he explained.

"With bulk ship loading we've managed to develop a system that enables us to now go from farms direct onto ships, with no need to go through major port terminals.

"As you see we've done over a million tonnes of grain on to bulk vessels, and on top of that we've also been supplying our domestic customers and our export container customers."

He said the western Victorian grain industry is now a very stable marketplace where a lot of people have their own customers and supply chains.

"I think it can operate as a mutually successful system for the industry long term.

"It enables us to have a transparent pricing mechanism when we're exporting grain, and so the whole marketplace has growers who can sell to many participants, you have a flow of grain, you have liquidity in a marketplace and you have a secure industry that's paying its bills on time.

"That's the real bonus for the industry and us as a business."