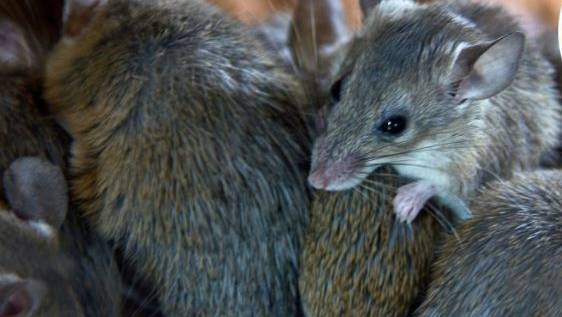 Mouse numbers have been at plague levels in many parts of the country, particularly NSW, through the start to 2021.

The issues with mouse faeces contaminating sorghum are just one of a range of health woes possible due to current high levels of the pests.

A UNIVERSITY professor has said the current issue with mouse faeces contaminating sorghum crop samples is just one example of a range of health risks posed by the rodents.

Farmers in northern NSW and southern Queensland have had loads knocked back at bulk handling sites and at port due to the presence of mouse droppings, with Australian grain standards having zero tolerance for any 'objectionable material', which includes animal waste.

Charles Sturt University associate professor in wildlife health and pathology Andrew Peters said while the focus was currently on trapping mice, there needed to be equal thought put to how to safely and hygienically dispose of them.

Along with contaminating grain, Dr Peters said there was a risk of mouse urine and faeces getting into other food, along with dead mice, which can be a problem both in stored grain and in water tanks.

"There are a number of infectious diseases in mice that can cause illness in people, especially through contamination of food or water," he said.

In terms of disposing with dead mice, Dr Peters urged for care to be taken, even though people were often dealing with big numbers of mouse carcasses to dispose of.

"It's important to make sure that, when handling mouse carcasses especially, adequate care is taken to protect yourself and others," he said.

When faced with having to dispose of hundreds of mouse carcasses a day, Dr Peters advised residents to contact the local council of their plans due to potential risk to council staff.

"While we don't know exactly how serious the health risk is to people during mouse plagues, the extra level of contact with wild mice during these events probably causes additional risk, and that is worth trying to prevent," Dr Peters said.

Dr Peters said there were precautions people can take if they have contact with wild mice to limit the chance of infection or disease.

These include common sense measures such as regular washing of hands, wearing gloves when handling live or dead mice, keeping mice away from food and seeking expert advice on water treatment.

Disposal of dead mice should follow local Council advice but can include commercial bio-waste composting (e.g. 'green bin' disposal in some areas) or double-bagging for removal with standard waste.

Dr Peters recommends that experts in water quality management or the local council should be contacted if it is suspected that water tanks or supplies might be contaminated.