A quick look at what some of the players have been up to and talking about around the agribusiness traps.

The Federal Court has ruled the prominent regional lender cannot prevent others from using the promotional term.

Bendigo and Adelaide Bank registered a trade mark over the words "community bank" 22 years ago and had its claim supported by the Registrar of Trade Marks in 2017 when Community First attempted to register its own name as a bank.

The Federal Court has, however, now ruled that the words were inherently incapable of distinguishing Bendigo and Adelaide bank's services from those of others and were therefore "invalid for registration as trade marks".

As a result, the bank's registrations of "community bank" have been cancelled and it cannot prevent others from using the term, although Bendigo Bank can still continue to describe itself as a "community bank".

Community First Credit Union, which dates its origins back to 1959, has branches in Sydney and the NSW Central Coast. RAI chief executive officer Liz Ritchie said the shortage was the largest since records began, surpassing the demand during the mining construction boom a decade ago.

"Regional job vacancies now account for nearly one third of all vacancies across the country," she said.

"The current strength in the regional labour market is broadly based across all states and territories and occupations, with the greatest demand being for professionals and skilled tradespeople."

In March a record number of jobs were advertised in regional areas of NSW, Victoria, South Australia, Tasmania and the Australian Capital Territory.

In Queensland and Western Australia, regional job vacancies were not far below previous records.

Dubbo and western NSW recorded the strongest annual growth, with job advertisings up by 117 per cent in the year to March 2021.

Fertilizer Australia has a new leadership team for the next three years following the election of Stephan Titze from Incitec Pivot Fertilisers as chairman of the peak industry body and Adam Richardson from Summit Fertilisers as his deputy. The organisation represents the fertiliser manufacturers, importers, distributors and service providers of more than 95 per cent of all fertilisers products used in Australia.

Mr Titze (pictured) is president of Incitec Pivot and has an impressive international background in the agricultural inputs industry, including 25 years in crop protection, seeds and irrigation with companies ICI Australia, Syngenta and Netafim in Australia, Europe and Asia and as chairman of CropLife China.

He thanked former chair Tanya Rybarczyk for her leadership and support to the fertiliser industry during her three-year term.

Mr Richardson, based in Western Australia, has worked in the fertilizer industry for a decade and been a long-serving Fertilizer Australia director, including previously holding the chairman and deputy chairman's jobs.

Mr Kilpatrick runs two farms near Koroit, milking 1200 cows, and is a former director of the Murray Goulburn co-operative and West Vic Dairy.

He has held overseas agribusiness roles with Glenfarm Holdings in Britain and the Almarai Company in Saudi Arabia, and is currently finance director of the Australian Dairy Conference.

The price war over cheap flights triggered by Regional Express' recent entry into the capital city market with its own jet aircraft continues to gain intensity with Jetstar offering fares as low as $30 for flights between Melbourne and Sydney.

Rex and Virgin Australia had already cut their one-way fares between the two capitals to $39.

Jetstar and Rex's fares are available until the late August, while Virgin is taking bookings as far forward as December 15.

Established at the University of New England (UNE) by Arthur Rickards in 1970, and still a wholly-owned university subsidiary, ABRI has provided an increasingly important performance analysis service to Australia's beef cattle industry since 1972.

ABRI's digitisation of livestock performance records, which became the basis of the BREEDPLAN recording program in 1985, is now supporting livestock development in 15 countries. 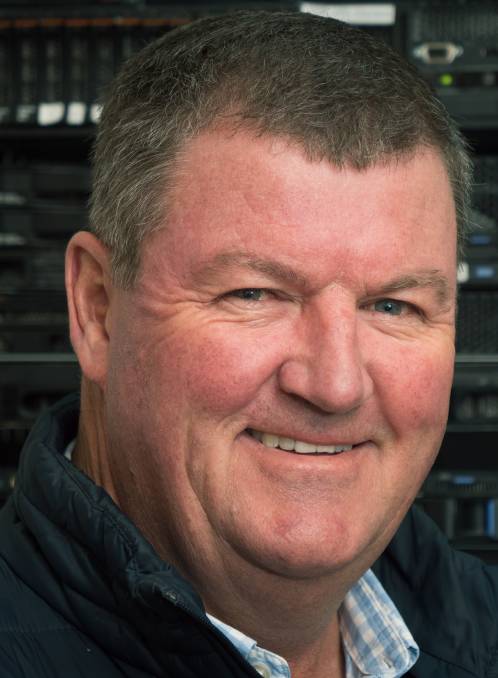 In 1972 computing was in its infancy and ABRI was digitising livestock records in an era when even the Apollo 11 space mission to the moon relied on computer guidance modules about 100,000 times less powerful than today's typical smartphone.

The institute's managing director, Hugh Nivison (pictured) said ABRI software led the world in 1972, and still does despite much more competition.

"The work done for the beef industry 50 years ago built a platform for innovation and value which revolutionised livestock industries across the world," he said

"Before BREEDPLAN, the only way to assess the worth of a bull was to visually make educated guesses about its traits, or to draw on a breeder's hand-written records."

The partnership will release the Myriota certified Taggle Cockatoo, a telemetry device supporting data collection from a range of common commercial and industrial protocols, enabling a range of sensors, including water meters, to be easily monitored.

It will be able to provide regional councils, water utilities and water regulators with timely water consumption data from even the most remotely located assets.

Using Myriota's constellation of nanosatellites, the Taggle Cockatoo is designed to support rural water utility providers with accurate reporting data which avoids the need for manual checks of monitoring and management devices and detects leaks or other potential problems.

Myriota is also involved in a word-first program to improve remote-area groundwater management in South Australia, supporting development of a system to demonstrate how IoT and nanosatellite technology can transmit and aggregate groundwater bore data.

SA has 3500 bores in remote and regional locations.