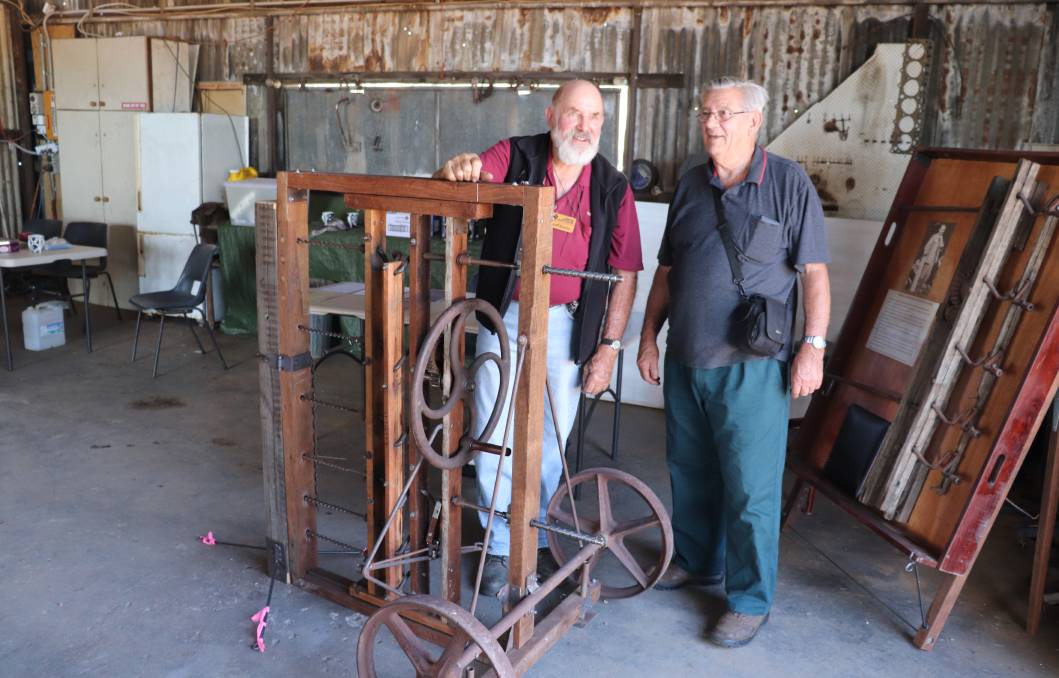 Hand powered post hole drill that could bore six holes at one time on show.

Geoff Emms (left) from the Handtool Preservation Society of WA, had an unusual display at the Vintage Tractor and Machinery Association of WA (Trachmach) rally at Brunswick on April 17.

It was a hand powered post hole drill that could bore six holes at one time.

Mr Emms finished building the drill six months ago, based on the 1893 patented design of William Smith - which was called "a portable and multiple post boring machine".

Mr Smith held a demonstration of it in 1895 at Bunbury which reportedly was well received, although Mr Emms said the drill "didn't really take off" and only six were ever made.

His replica was the seventh produced.

The vintage tractor rally was only the third time that Mr Emms' replica had been on display and it was also accompanied by what remained of the 1920 remnants of what he believed was the original Smith build, owned by Cranbrook pioneer Charles Stevenson.

Mr Stevenson's family was happy for the society to keep the drill and display as it as a reminder of days gone by.

He put the drill to work on his Cranbrook farm after returning from World War I with serious injuries that limited his physical abilities.

Mr Emms said the drill was rather heavy and would have to be placed on flat ground to be effective. It is possible that the drill was used in a stationary capacity in the field and once the holes were drilled in the posts they were placed in the ground - speeding up the fencing process.

"It would have had to be used on flat ground," Mr Emms said.

"It was too awkward or heavy for hill country."

The society also had a range of other woodworking and metal tools on display - some which had also been made for sale.