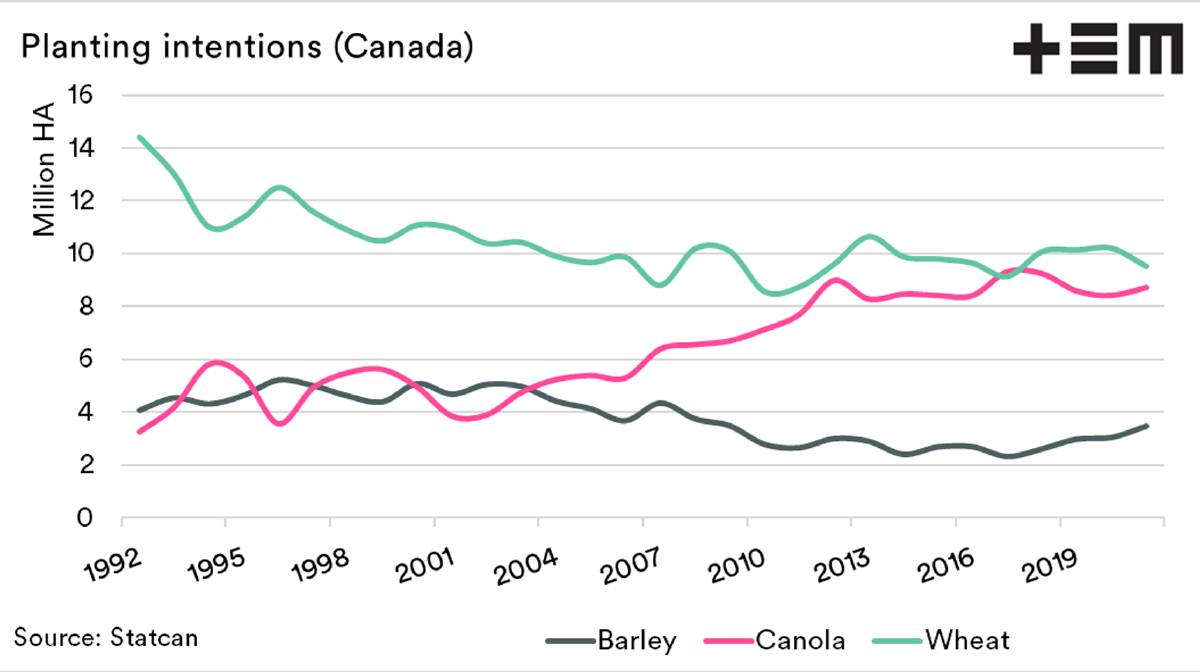 OUR Commonwealth cousins in Canada are at the start of their seeding phase, and their national statistics agency has released their updated planting intentions.

While this information is important, and the best we will get, there are question marks around grower surveys.

Do growers respond honestly, or do they talk their hectares down?

The big one we are concerned with is the canola acreage, as Canada has a huge influence on the global trade, and the area they plant will impact our pricing.

This is lower than most analyst expectations (6-8pc higher).

Many analysts expected that the area planted to canola would be massively up due to the price signals a move we see in Australia.

That being said, conditions are dry, and that may have discouraged a few growers, or was it growers holding back their numbers from the stats man?

Wheat is on the chopping board of the Canadian farmer, with a fall of 6.9pc, the largest year-on-year decline since 2014.

Barley estimates, on the other hand, has seen an increase of 14pc, year-on-year.

The area set to go into barley is the highest since 2009. 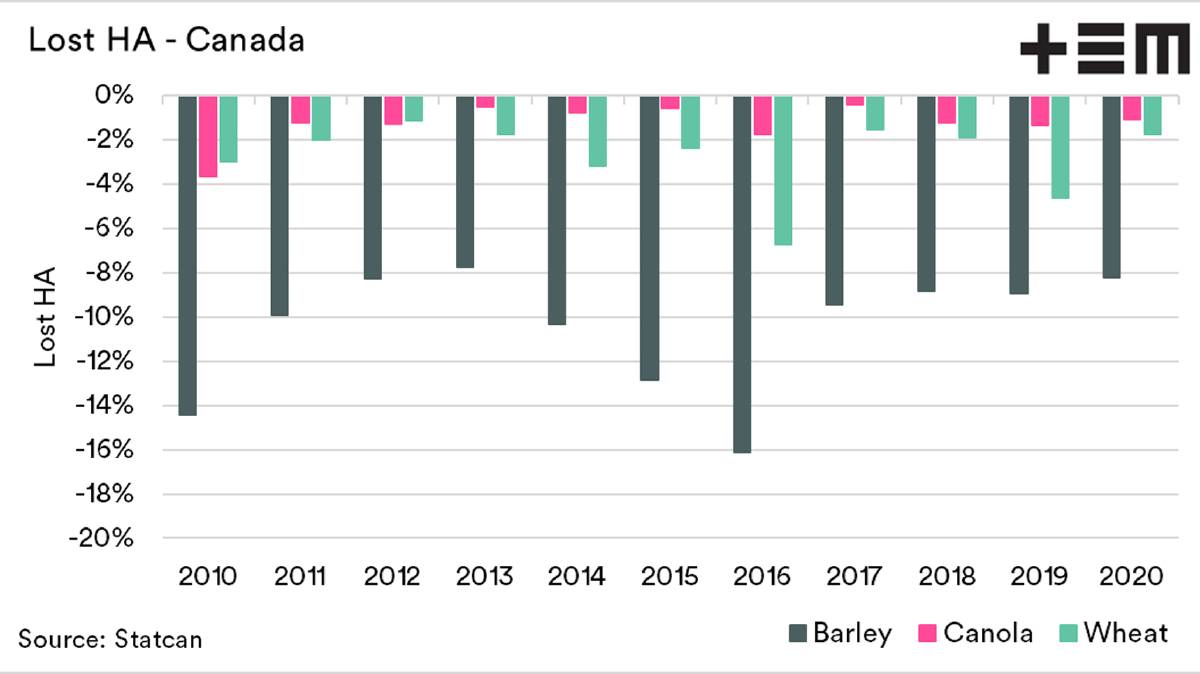 This is at a time when with Australia locked out of China, Canada is winning volume into our old customer.

Anyone with an ounce of knowledge of cropping would know that events can transpire, which cause us not to harvest a paddock.

What is seeded, or more appropriately in this case intended to be planted, will change by the time harvest rolls around.

There will be hectares lost - refer to chart 2.

As we can see in the chart, there are regularly very large hectare losses.

The story of Canadian seeding is not over yet - while there have been swings in barley and canola, we could feasibly see abandonment - especially if a dry season persists.