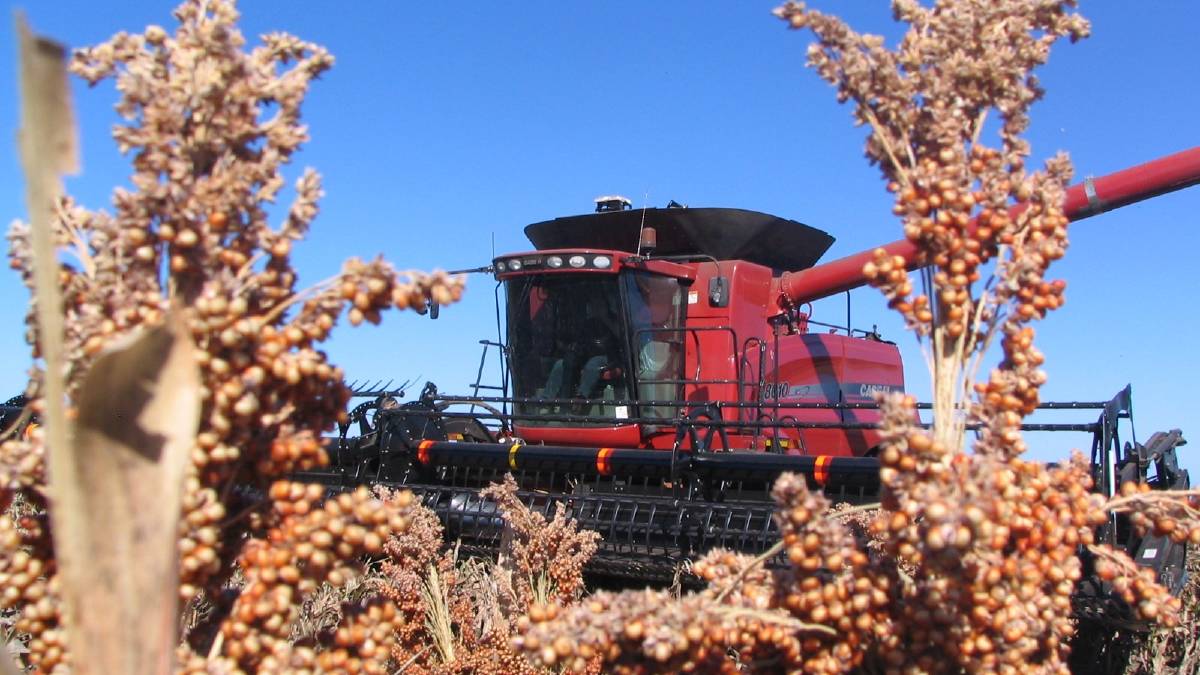 There have been some big yields and plenty of solid results in this year's sorghum harvest.

Many sorghum producers have reported a strong harvest, with later sown crops in particular performing well.

THERE have been some issues with mice, but by and large the nation's sorghum producers are delighted with a big crop.

In Queensland, there have been pockets advantaged by storm rainfall that have pushed the 8 tonne a hectare mark, with consistent yields around 4-4.5t/ha, while on the Liverpool Plains in NSW croppers have also been able to hit the 7-8t/ha mark where they have been able to avoid mouse damage.

Prices for the feed grain remain high, with Chinese demand from both the livestock feeder and alcohol manufacturing sectors strong.

It means prices have held firm at around $270 a tonne delivered upcountry or around $300/t port for quality product.

Brendan Taylor, AgForce Queensland grains president, said the earlier sown crops in the January planting window, the second opportunity to plant through much of Queensland, were among the best.

"The early January crops managed to get under some of that really good March rain at a good time in their development and we've seen phenomenal yields of up to 8t/ha around parts of the Darling Downs.

"They were obviously the exception rather than the rule, but a lot of people are recording very handy 4-5t/ha crops."

He said contrary to other years, where early planted crops performed best, the timing of the rain definitely suited crops planted after Christmas.

"There has been some damage from mice, particularly on the Liverpool Plains, but the flip side to that those that avoided the damage have had a fantastic year," Mr Madden said.

He said the big March rain had generally not impacted quality too badly.

"On the Liverpool Plains the crop was not quite ready, while others had finished already, there were a few guys in the middle that got caught and have stained grain, but generally it has not been too bad."

And the outlook is already good for a strong sorghum plant next season.

"It obviously depends on what happens from here, but at this stage you'd expect a good plant next season."