FIT FOR PURPOSE: Elders South Australian district wool manager for the south east, Stephanie Brooker-Jones, said Merinos were ideal for all types of sheep systems in her region. 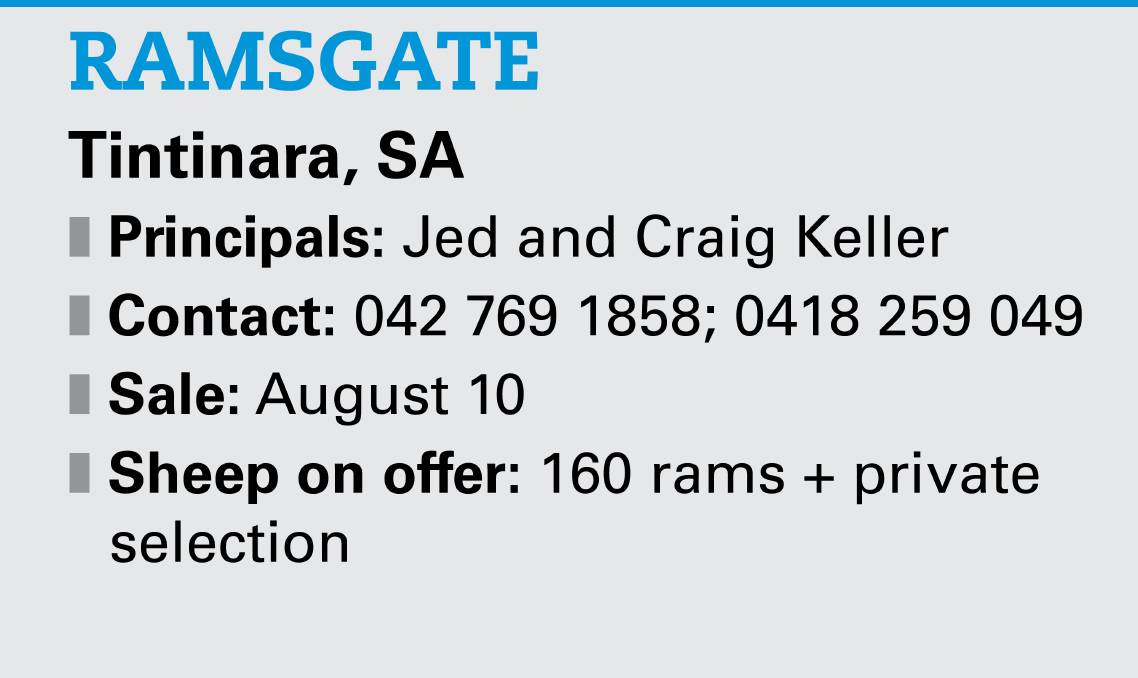 Providing the best advice to growers about how to optimise sheep and wool production in a range of livestock and farming systems is essential for Stephanie Brooker-Jones.

Her clients rely on her for guidance in sourcing the best genetics to improve key profit-driving fibre, fertility and meat traits and then helping with monitoring, managing and analysing results to ensure continued gross margin, profit and business growth.

Ms Brooker-Jones, who is based at Lucindale in South Australia and is the Elders district wool manager for the state's south east, has several clients who are long-term users of the Ramsgate Poll Merino stud.

Run by Jed and Craig Keller, the relatively young stud has quickly built a solid reputation for breeding hardy, plain-bodied sheep that stand-up to the region's high rainfall conditions.

All its stud stock are backed-up by independent performance testing information.

BREEDERS: Jed and Craig Keller have a passion for Polls at Ramsgate stud, SA.

"In our region, we need sound sheep that are bred with good feet, are not prone to footrot or other diseases and have a deep, plain body that produces top quality wool and lamb progeny," Ms Brooker-Jones said.

"As a sheep producer and woolclasser myself, I take an active role in helping growers choose the best genetics from Ramsgate to suit their particular enterprise.

"What is highly beneficial to them is the stud's benchmarking data generated from the South Australian sire evaluation scheme and its use and provision of Australian Sheep Breeding Values (ASBV) in its breeding program.

"I also advise my grower clients about woolclip preparation and undertake post-shearing and wool sale analysis."

Ms Brooker-Jones said the benefit of Merino production in the upper and south east of SA was the breed had a multitude of uses, which provided commercial graziers with a range of target markets for all types of sheep systems.

"They are undertaking Merino-to-Merino joining, or Merino to Border Leicester for first-cross ewe production to suit terminal sire systems, or for direct mating to terminal sires for meat production.

"Merinos are really the base of most wool and sheepmeat enterprises nationally, and growers aim to produce the most productive animals that they can.

"A plainer body, such as those bred by Ramsgate Poll Merinos, means sheep are easy-care and have heavy wool cuts that don't sacrifice micron.

"There are also positive spin-offs in that flocks are fertile and produce excellent sized lambs to then breed for growth and quality carcases."

Most of the stud's clients aim for a wool fibre diameter of 18 to 20-micron - finer for younger stock - and wool cuts averaging about five to seven kilograms per head.

"We feel that micron range is the best value across the long-term, giving us a foot-in-the-door at the finer end of the market with young sheep, and a foot in the camp of the more medium types for adults," Ms Brooker-Jones said.

"This can suit a six to eight month shearing interval - without loosing too much of that length - and there are associated micron benefits."

In terms of crossbreeding, Ms Brooker-Jones said some of her clients used Ramsgate progeny over White and Black Suffolks and Poll Dorset ewes to achieve a fast-turnoff lamb without sacrificing wool cut or quality. 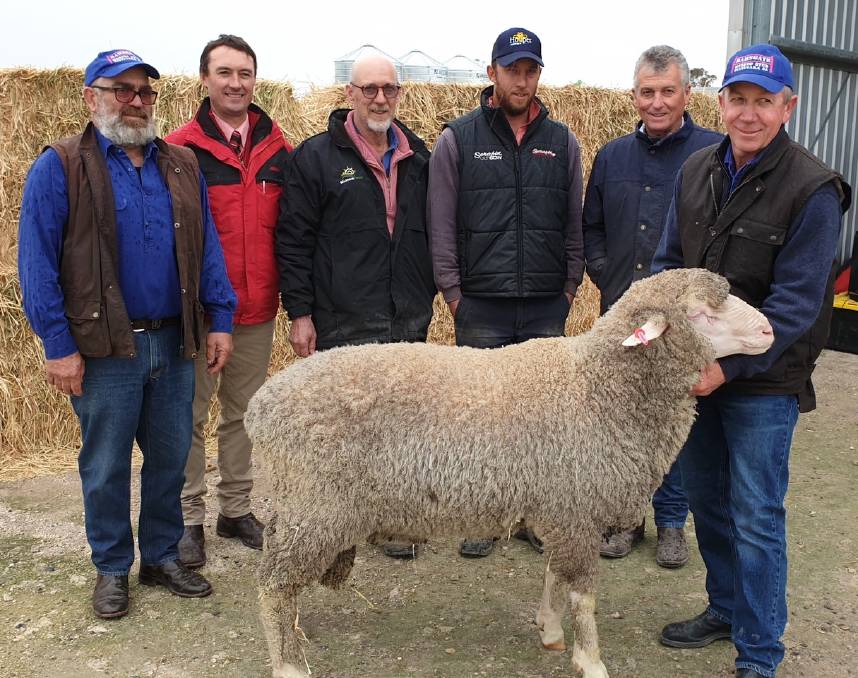 Jed Keller said the stud had a good handle on what was needed for commercial sheep operations.

"We, ourselves, have a diverse and very commercially-focused farming system that incorporates cropping, sheep and centre-pivot irrigation for the production of lucerne seed and hay," he said.

"Our main goal is to breed profitable rams for our clients, complete with objective data, and we focus on fibre, fertility and frame - as these are the three main profit-drivers.

"In recent years there has been a particular emphasis on selection for the right carcase eye muscle and fat levels and production of non-mulesed wool."

Mr Keller said participating in the SA sire evaluation trial was also proving highly beneficial in enabling the stud to assess its performance against other studs across the state.

"We are more than holding our own against some of the bigger operators," he said.

"This is because we have a firm focus on producing commercially-profitable sheep."

In the 2000s, Ramsgate Poll Merino bought in sires from the Marnoo district of Victoria.

Private selection sales started in 2008, and followed with the first on-property auction offering 40 rams the next year.

Since then, Ramsgate's clientele has steadily increased, and in 2021 the stud will offer 160 rams at its 12th annual auction - with private selection.

The story A focus on fibre and fertility at SA's Ramsgate Poll Merino stud first appeared on Farm Online.