CS and EA Wilkins and Sons, Kelleberrin, had 13.8mm of rainfall over the weekend. Photo by Susie Dale.

"We haven't put in a program with completely wet conditions in about five years."

POSITIVITY and optimism is in the air as Western Australian growers across most areas have said the 2021 season has kicked off with an exceptional start.

After many growers have sown into optimal ideal conditions and widespread follow-up rainfall was received throughout May, farmers were hopeful that the great growing conditions would continue.

"In the agricultural region the rain first arrived across the Mid West on Friday morning," said Bureau of Meteorology duty forecaster, Luke Huntington.

"It then extended to most parts during the day, although the Esperance region didn't see anything until Saturday.

"The rain was associated with a cloud band from the north bringing tropical moisture that moved south east and was joined by a cold front and cut off low in waters south west of the State.

"Temperatures dropped to the mid to high teens on Sunday." 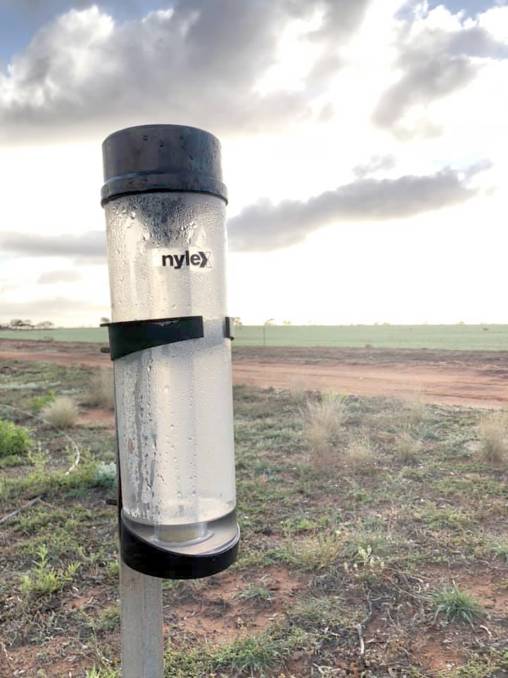 Brendon Hulme, Ajana, said after returning to the farm from a couple of days away and seeing 57mm in the rain gauge, "things are looking pretty good on the farm now".

"Except our canola we put it in after the cyclone (Seroja) and had a split germination and haven't had enough rain to get it up until now so I'm thinking that we will have to reseed a fair bit of that - by the end of the week I will know for sure," Mr Hulme said.

"We will reseed it to wheat if it does not come up.

"All the wheat we have put in is coming up very nicely - we managed to get 15mm of rain down one end of the farm a few weeks ago so we went and seeded there and it looks very nice.

"I am feeling very confident about this season - it's not often in this area that we have such good subsoil moisture at this time of year.

"Wheat and especially canola prices are very good at the moment, so everything should fall into place."

This rainfall event has certainly added some positivity the region after ex-Tropical Cyclone Seroja hit the Mid West in April.

"It has definitely been a bit of a battle this year," Mr Hulme said.

"I have had three workmen that were seriously affected by the cyclone - two have lost their houses completely.

"We were very lucky on our farm we only had minor damage in comparison to many of my neighbours.

"We did lose a few windmills which meant we couldn't spray for a while until we could replace them with solar pumps as we needed water for the sheep.

"Being without power for I think eight weeks has been a challenge also - we have only just got it back on.

"You have to remain positive if you're going to be a farmer." 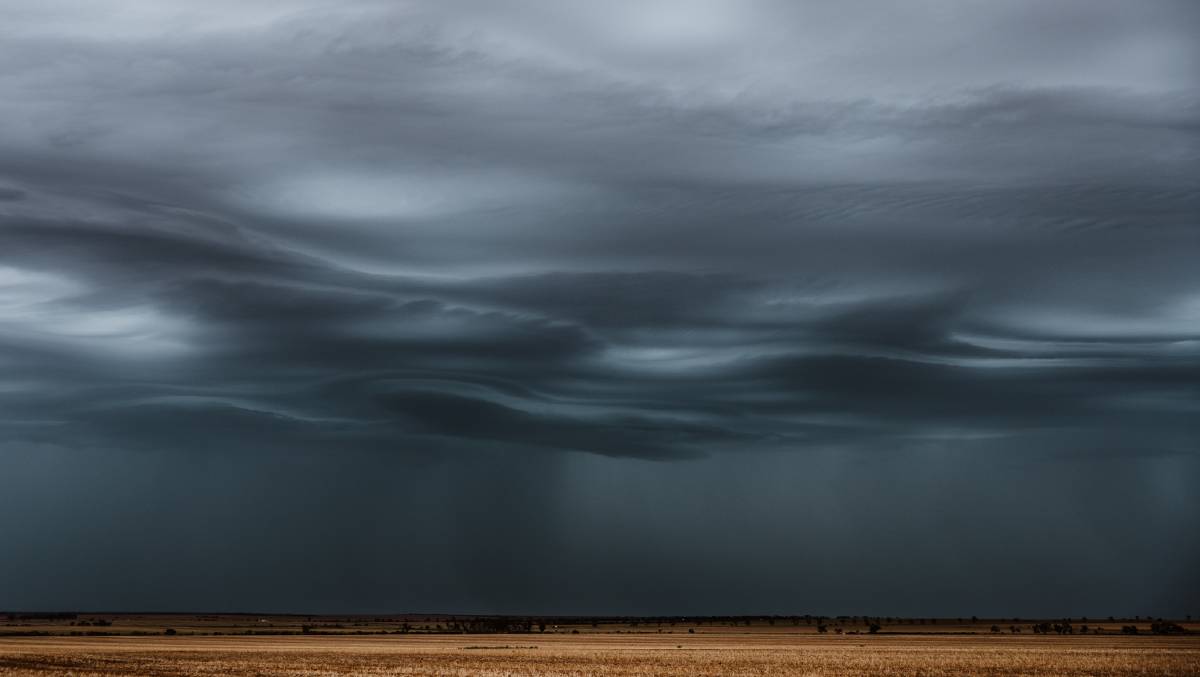 Storm clouds rolling in at Perenjori. Photo by Ellie Morris.

Ellie Morris works on a farm at Perenjori which had close to 50mm fall over the weekend.

"It's looking pretty good if rain keeps coming like it has - the past few days have provided a lovely soaking," Ms Morris said.

"We've just finished seeding too, so it's good timing."

Rachel Clarke, Bolgart, after finishing seeding on Wednesday last week, said all the crops were out of the ground the following Monday.

The Clarke family's farm received 29mm over the weekend and 77mm for May.

"It has been a good start to the season and was nice seeding without a cloud of dust," Ms Clarke said.

"We haven't put in a program with completely wet conditions in about five years." 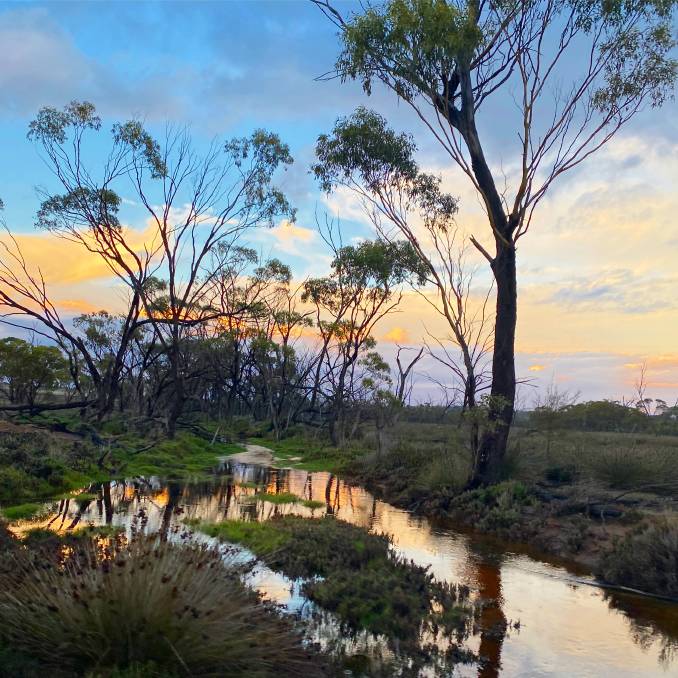 Puddles on the Clarke family farm is a welcome sight. Photo by Tamara Clarke.

At Kellerberrin, Susie Dale of CS and EA Wilkins and Sons had 13.8mm fall over the weekend, bringing the May total to 48.2mm.

"Seeding was completed Sunday night and the season so far is looking promising," Ms Dale said.

West Kulin farmer Tim Barndon junior had 32mm fall over the weekend and said it provided a nice end to his seeding program, which wrapped last Friday afternoon.

"We were just constantly seeding into moisture, which was due to good summer rainfall and good rain early into the seeding season."

While optimistic with a great start to the season, Mr Barndon said he was still cautious as plenty could still change throughout the season.

"There's still a long way to go until we get the header in the paddock, so at the moment we're happy but cautious," he said. 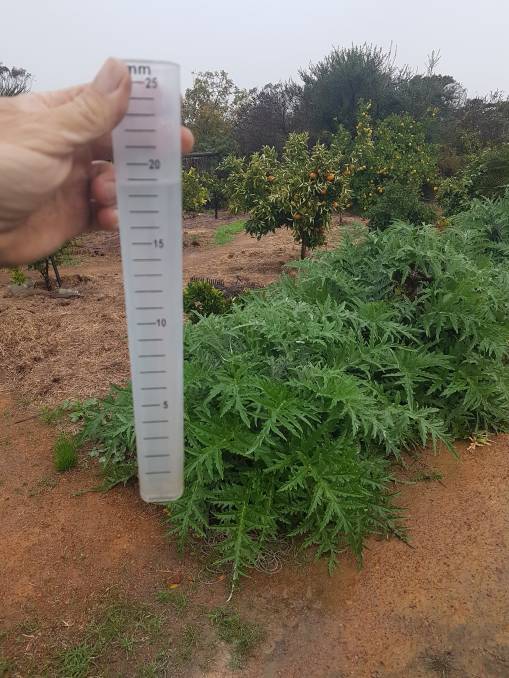 A soaking of 40mm of rain falling west of Cascade has made for an excellent start to the season. Photo by Graham Barrett-Lennard.

Grower Graham Barrett-Lennard had 40mm of rain drop west of Cascade and said it has been the "best start to the season ever".

"(We had) a few machinery issues during seeding but managed to get most of our program in on time," Mr Barrett-Lennard said.

Pastoralists also benefited from the weekend's cold front, with the Pilbara, Gascoyne, Murchison and Goldfields all receiving varying amounts of rain.

The rain stretched as far east as Telfer in the north, Laverton in the central area and out to Eucla.

Generally the rain was heavier towards the coast but some far eastern areas had substantial rainfall.

On Mt Gould station, about 150 kilometres north west of Meekatharra, pastoralist Murray Pens had 53mm of rain drop from the weekend. Pastoralist Lara Jensen, Wondinong station, about 80 kilometres north east of Mt Magnet in the Murchison was stoked to receive 34mm over the weekend, which added to a fantastic year so far for the property.

For May the station received 67.4mm.

"The season is shaping up absolutely fantastic for us, particularly after receiving 80.8mm in February this year and a further 42mm in March," Ms Jensen said.

"(There's) lots of feed on the ground which will keep growing beautifully now."

Ms Jensen said the station was doing well for water, with lots of clay pans full of water and surface water across the property, in addition to windmills.

"(We) couldn't have asked for better rainfall," she said.

"In the past couple of decades the winter rainfall in the Murchison has really waned - it's been more a case of summer storms that have bumped up rainfall totals.

"We bought this place in 2013 and have only seen one May that was wetter - 71.9mm in 2014 but traditionally May is pretty low on rainfall, not even close to this total." 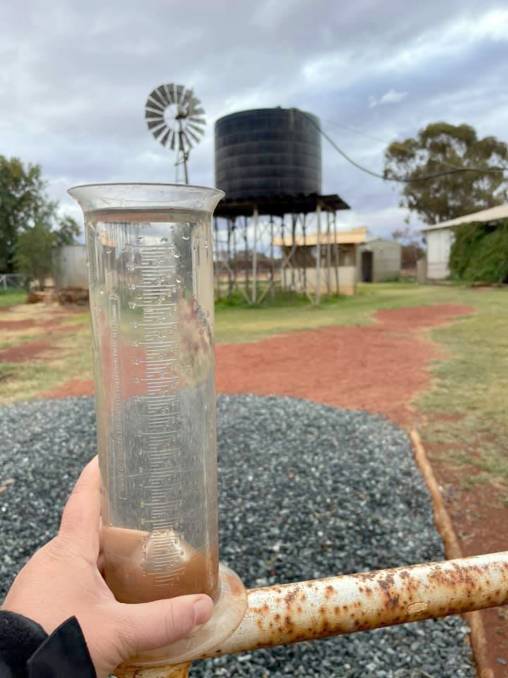 Barwidgee station, near Wiluna had 25mm of rain fell over the weekend, bringing the property's total for the year to about 209mm. Photo by Cammie Densley.

Further east, Cammie Densley, of Barwidgee station,100km south east of Wiluna, said 25mm of rain fell over the weekend, taking the property's total for the year to about 209mm.

"My husband Jake took over as manager in August and this has been the most rainfall that Barwidgee has had in a while," Ms Densley said.

"The country is looking 100 per cent, the cattle have (lots to) pick and we're hoping for more to come."

"It's been a long time since we had a nice early winter rain.

"The rainfall was widespread over the whole property and in fact most of the immediate region received nice, steady rain over the weekend."

Ms Willett said she was feeling positive about the upcoming season

"Going forward, it looks very promising with evidence of seed germination starting to happen," she said.

"All creek systems and waterways are now full.

"Further follow up rainfall over the next month will do amazing things for the rangelands." 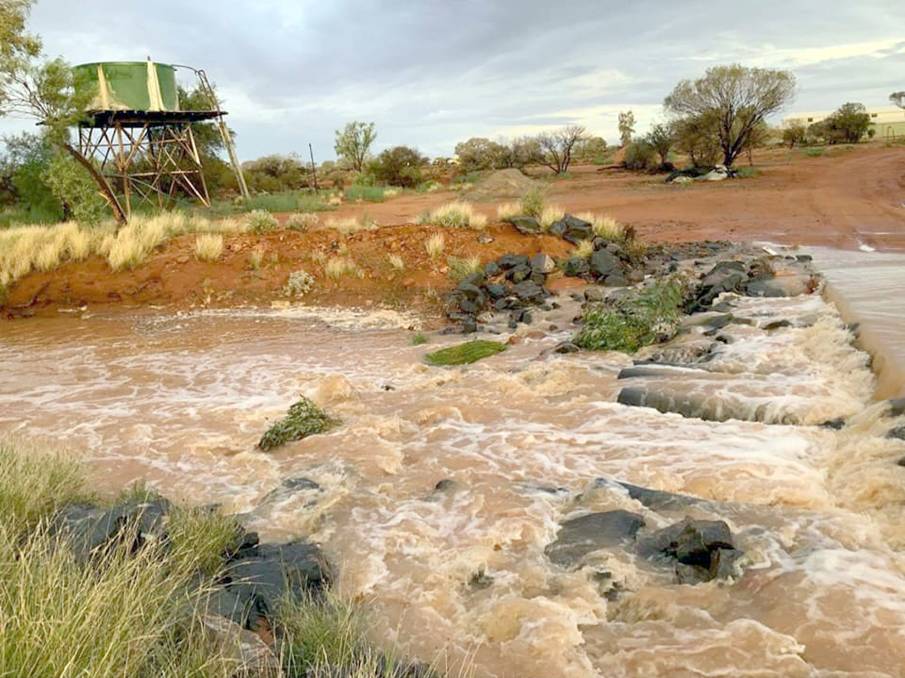 Creeks and waterways are flowing on Coodardy, near Cue, after 31mm fell over the weekend. Photo by Catherine Willett.