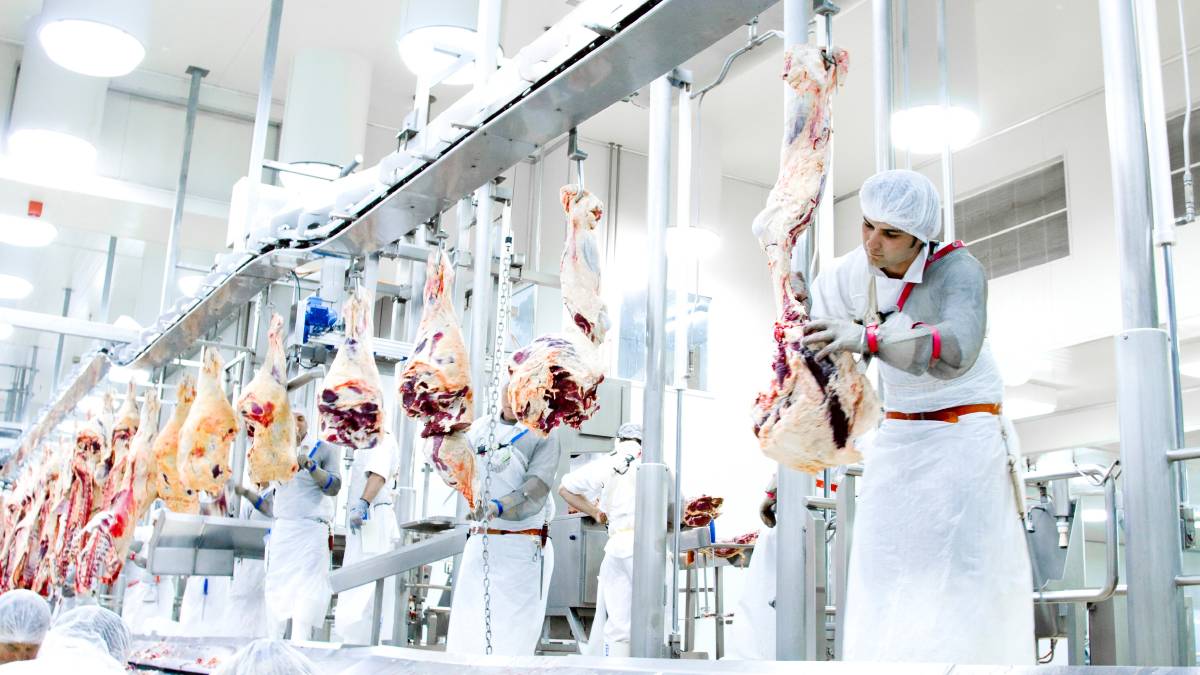 RECORD high livestock prices, red hot demand for Australian red meat both domestically and internationally and a massive herd and flock rebuild - never before has there been such an ideal time for cattle and sheep producers to 'reset' and make sure they have in place the foundations to fully capitalise on the enormous potential emerging.

Understanding the profit drivers on-farm is one part of the equation. Knowing what drives the value of a carcase is another.

It's far more than weight and yield.

One of Australia's largest beef processors, Teys, has provided candid insight into what it believes will underpin the prosperity of Australia's beef industry going forward.

The producers and processors who will achieve the best results will be the ones that work collaboratively and share market intelligence and knowledge on the different product attributes for which their customer base is willing to pay a premium, according to Teys.

Every year, Teys produces around 1.7 billion beef meals globally. It exports to 60 different countries, employs close to 5000 people and is at the forefront of some of the most innovative agtech happening.

Teys believes being consumer-led is critical.

The company's corporate and industry affairs manager John Langbridge says the value of a carcase is determined primarily by what customers are prepared to pay.

"So customers are global, with Australian meat exporters sending product to over 170 countries.

"Customers domestically and overseas are willing to pay a premium for both the consistency of year-round supply and a product that consistently meets customer eating quality expectations."

While the attributes that determine the overall value of a carcase include weight and yield and the eating quality derived from the Meat Standards Australia grading outcome, other raising claim such as certified grass-fed, grain-fed, organic, or particular breeds also come into play.

So too the number of animals that can be supplied at one time, regularity of the supply of those animals through-out the year and the demand from the customer base for that type of product, Dr Langbridge said.

"An identical carcase in terms of yield, grading outcome and other attributes can be worth quite different amounts, depending on the ability of the processor or carcase owner to market the product to their customer base," he said.

As they grow a loyal customer base, knowing they can depend on the regularity and consistency of supply improves the product premium and reduces the impact of the types of economic conditions that affect the basic commodity, Dr Langbridge explained.

Why is it important for producers to understand what different programs offer?

"Dollars and cents are a universal language. It drives investment decisions and continual improvement.

Teys believes there would be value in developing tools to allow producers to better understand what programs are out there and how their animals can meet those programs.

"Processors will generate more income from those animals that align best with their brands," Dr Langbridge said.

"With processing costs the same for each animal through the room, branded product grids are designed to encourage producers to grow and turnoff their animals when they hit the branded sweet spot."

Teys, and other processors in Australia, have livestock teams to assist producers in understanding grids but many believe there is a shortfall at present in the lack of a tool that enables a producer to easily compare different branded program grids from several processors.

Having a consistent and industry-wide measure that can form the basis for payment grids and enable producers to gain the right price signals, delivered in a transparent way, is imperative for the continuous improvement of the industry, according to Teys.

With most programs underpinned by the MSA grading outcome, this could be formed by a measure that was based around a standard set of MSA cut grading outputs, Dr Langbridge said.

"Whilst the MSA Index does this as a means of providing producer feedback, it does not align with the realised value of the meat in the marketplace," he said.

"The weighted average nature of the index means that different animals can have varying eating quality scores for their loin cuts, yet still achieve the same index outcome.

"This goes against what drives value for the processor, where consistency of eating quality is key for their customers."

By developing a tool that forms the standard foundation for payment, a processor can then add additional premiums for those attributes that increase the overall value of the carcase to them, including yield, raising claims, marbling, breed and so on.

"What would also help is the development of attribute-measuring tools that could provide the producer with a measure of things such as weight, fat cover, and potentially marbling, that enables them to calculate with a high degree of certainty, the best return against various processor grids," Dr Langbridge said.

Efforts are underway in the research space to develop these type of tools.

Meat & Livestock Australia, the Rural Research and Development for profit program funded by the Commonwealth and the ALMTech collaboration all have in their sights.

"Doing so also creates operational complexity and cost," he said.

"Scale, or larger production runs, is one lever we have to help manage complexity.

"Another possibility, particularly now that the ACCC has provided some latitude around collective bargaining for smaller entities, would be for a few smaller but similar producers to collaboratively develop a supply chain of similar types of livestock to a branded program."

This would then provide additional leverage to those small producers who would be better placed to guarantee minimum numbers of cattle for that brand regularly.

In a sense, they would be combining resources to behave like a larger pastoral company.

The story The drivers of carcase value first appeared on Farm Online.