Helping those who are experiencing tough times and circumstances that leave them feeling very isolated, alone and powerless is something that Mr Hollywood feels passionately about. 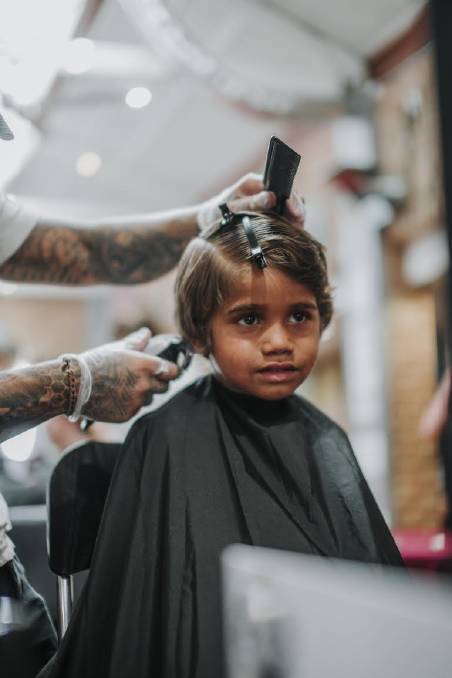 A desire to break down the stigma associated with at-risk youth, homelessness and rough sleeping/living was the inspiration behind Short Back & Sidewalks. Photos (including cover shot) by Jacqueline Jane Van Grootel, Ta-ku, Matsu.

CHANGING perceptions surrounding how we look at and think about marginalised sectors of our community is a mammoth task.

Championing a movement to change these views is an undertaking only the most dedicated people would attempt.

History has shown that the bulk of society will follow the leader and even without any experience, one way or another, will form an opinion of people based on their appearance and social circumstance.

The complete dominance of social media platforms like Instagram are perfect examples of this theory in practice - a picture perfect image, even if fake, is seen as the 'ideal'.

However, for many people from all walks of life, different races, gender identities, and ages, circumstances have found them in a position where they feel judged, marginalised, cast out and rejected and ultimately unable to break this cycle.

Seeing a way to assist in helping to make these people feel good about themselves, for even the briefest amount of time, through a thing as simple as a free haircut was the brainchild of Craig Hollywood.

Short Back & Sidewalks was born in March 2015, the name incorporates what this not-for-profit charity does and where it all began - a carpark in Northbridge. Many people take getting a haircut for granted but a haircut for someone going through hardship can really change their whole outlook, it is a very moving and emotional experience.

Helping those who are experiencing tough times and circumstances that leave them feeling very isolated, alone and powerless is something that Mr Hollywood feels passionately about.

"If you can make someone feel better about themselves, it will lead them to having a better overall attitude toward themselves and life," Mr Hollywood said.

"Whether that be making them feel better about their appearance or making a connection with them through listening to what they have to say."

Having had a family member who endured through their own battles and suffered the inevitable physical and mental strain accompanying the consequences of rough living, Mr Hollywood said he knew how hard it could be to be in the cycle of being labelled in need.

A desire to break down the stigma associated with at-risk youth, homelessness and rough sleeping/living was the inspiration behind Short Back & Sidewalks.

It is a volunteer charitable not-for-profit organisation with the overarching aim of providing free haircuts to those in the community, who for whatever reason, are unable to access or afford the 'luxury' of a visit to the barber or hairdresser.

The majority of the population would not think twice about their visit to have their coiffure cut and styled, but for those that find this unattainable - Short Back & Sidewalks aims to make it a regular service.

"Short Back & Sidewalks is an Australian not-for-profit providing haircuts to people in need," Mr Hollywood said.

"Making a deeper connection to people and giving them the ability to be seen and know they matter, regardless of their circumstance." 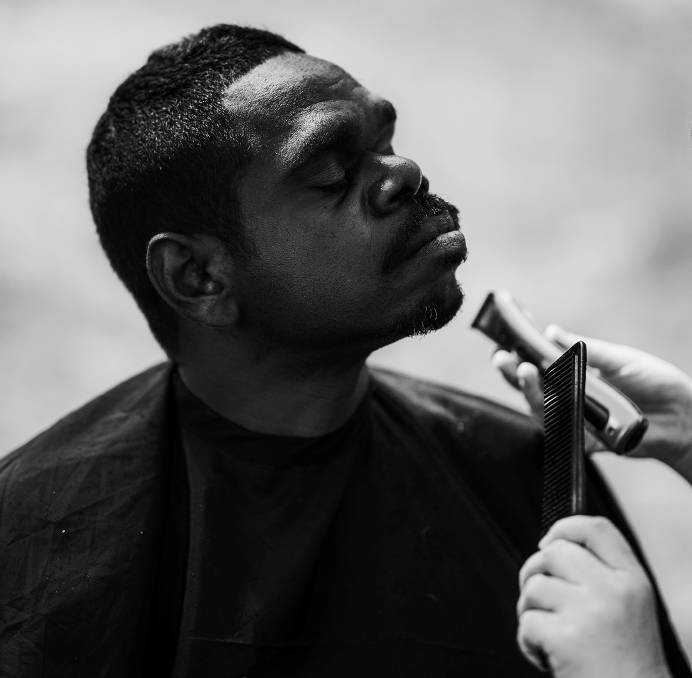 For some, barbers and hairdressers are not accessible - whether it is due to circumstance or location, so having the ability to walk in and have a Short Back & Sidewalks haircut is a really important event.

The dual role hairdressers and barbers can play in anyone's life, is part of the reason that Short Back & Sidewalks has made such a difference to so many people.

Sitting down in the hairdresser's chair can be life changing, no matter what your circumstance, you leave the salon feeling like a different person, for more than one reason.

Firstly you have a different appearance, you feel good because your haircut is refreshing, it is transforming.

But the second, less recognised, part of a hairdresser/barber's job is often that of confidante, some would even go so far as to say therapist.

The act of sitting down and chatting to someone you don't actually know about your life, a third party who isn't involved in your situation, one way or another can be very freeing.

"Going to a hairdresser or barber is not just about the aesthetic results," Mr Hollywood said.

"You feel better about yourself because they also listen to you, they hear you, and they speak to you, it is like counselling.

"It is a connection.

"People feel empowered to talk about anything they want."

He said having experience from volunteering himself had shown him that resources in the community were stretched and there was a real need for that connection for many people.

"There is a gap there, there aren't enough service providers to be one-on- one with people," he said.

"We saw that gap and wanted to help fill it in some way." It can be a very emotional experience for participants and volunteers.

Discussing the lack of provision for counselling for many with a friend, from Weston's Barbers on William Street in Northbridge, Mr Hollywood said they had the initial idea to start Short Back & Sidewalks.

"It seems so simple and it really is," he said.

"In saying that though, a lot has changed in six years to how we do things."

It was a simple set up for a simple idea that has gone on to grow, help and inspire across Australia.

"Now we have 150 volunteers in WA alone.

"We have 40 in New South Wales, Victoria are just starting up and we have been working with the indigenous communities in the Northern Territory.

"We have a national team and we're always on the lookout for new volunteers and new partners." 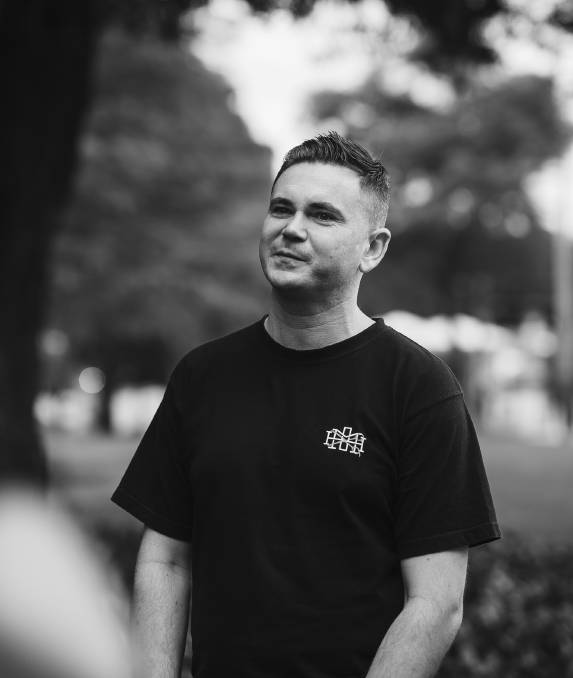 Over time they developed relationships with a number of service providers/partners, and started delivering haircuts onsite at their premises.

"We have found that meeting our clients in safe, familiar spaces, and tying in with existing service providers, is the most effective way to engage," Mr Hollywood said.

"It also provides a level of consistency.

"Often for these people, life is really inconsistent, so being able to rely on something and someone that is constant is really important.

"It is a constant positive element and something to look forward to for those suffering so much hardship.

"COVID has definitely ramped up the need for ours and so many other services in the community." 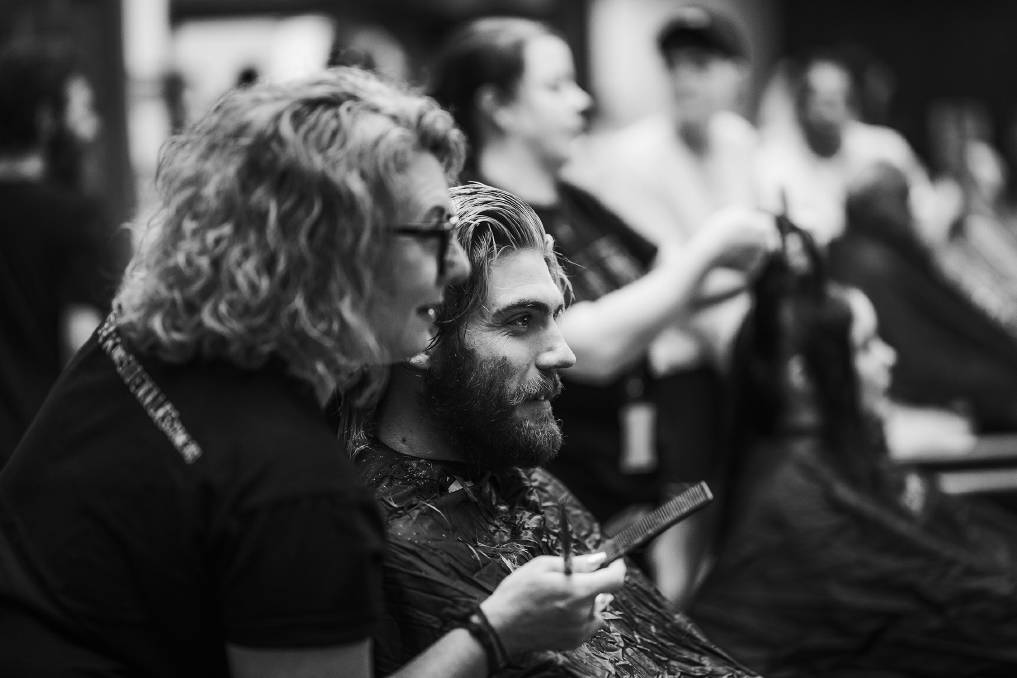 Making a connection is such an intergral part for the volunteers and the people they are serving.

In 2017, Short Back & Sidewalks expanded its services to Sydney, NSW, working in a similar onsite delivery model alongside Orange Sky Laundry in Martin Place and Rough Edges in Darlinghurst.

Orange Sky Laundry provides mobile vans that are set up with washing machines and others with shower facilities, to give those who are rough sleeping and living on the streets a place to clean themselves and their clothes.

Rough Edges is a local non-government community centre run by the St John's Anglican church that opens its doors to anyone in need.

Then in 2018, the Short Back & Sidewalks team began delivering services to the Northern Territory, where they were invited to participate in the Garma Festival of Traditional Culture in North East Arnhem Land, providing free haircuts for festival attendees. Craig Hollywood with some of the Short Back & Sidewalks volunteering team at the Garma Festival of Traditional Culture in North East Arnhem Land in the Northern Territory.

"And so, our new community engagement model was born," Mr Hollywood said.

"In 2019 we returned to the Garma Festival and also began a new school holiday program with the Mutitjulu Community, at Uluru, in the Northern Territory.

"In 2020, we were invited to give free haircuts to the community at the One Day In Fremantle Festival, in WA, and have now expanded our services into Melbourne, Victoria, in collaboration with HoMie."

HoMie is a clothing brand and store that was set up to support young people affected by homelessness or hardship to equip them with skills, confidence and experiences to be more work-ready and better prepared for their future.

HoMie not only provides clothing for those in need, but also trains them through a program, setting them up with the necessary retail skills to go out and find jobs in the retail sector. 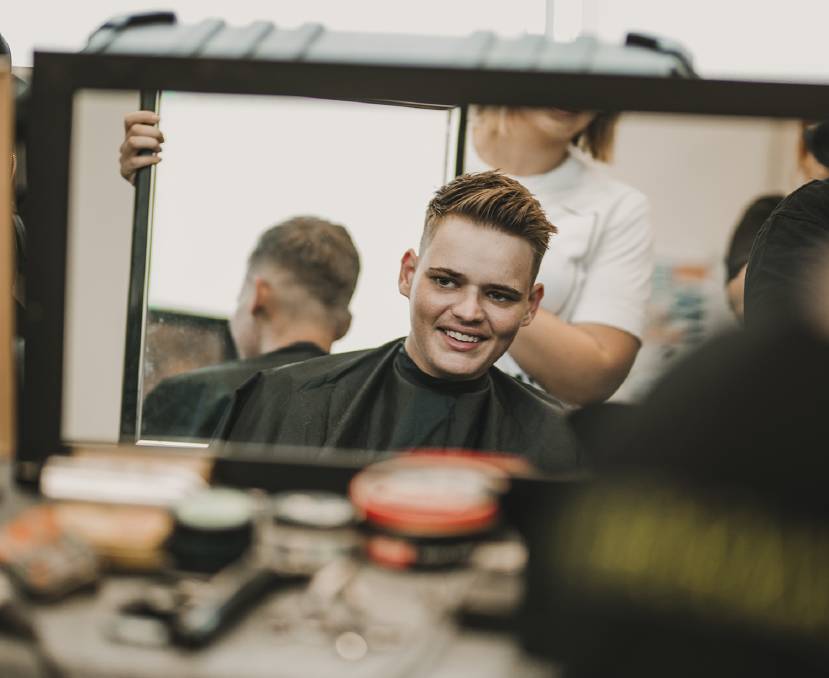 Knowing you have made a difference to someone's day, no matter how big or small, is part of the benefits of volunteering according to the team from Short Back & Sidewalks.

From its humble beginnings Short Back & Sidewalks has gone from strength to strength and is now a nationwide not-for-profit movement rather than organisation, as it partners with other groups and service providers throughout the country in both cities and regional and remote areas.

Such is the way Short Back & Sidewalks works, it is happy to collaborate with other service providers and organisations or individuals, in rural and remote communities, to facilitate their own free haircuts and connections events.

"The model we have set up is always going to be scalable," Mr Hollywood said.

"We are very open to collaborating with communities and organisations.

"We are always willing to aid in the facilitation of events.

"One of the things we have learnt over the last six years is to make sure we are very open to any and all ideas." 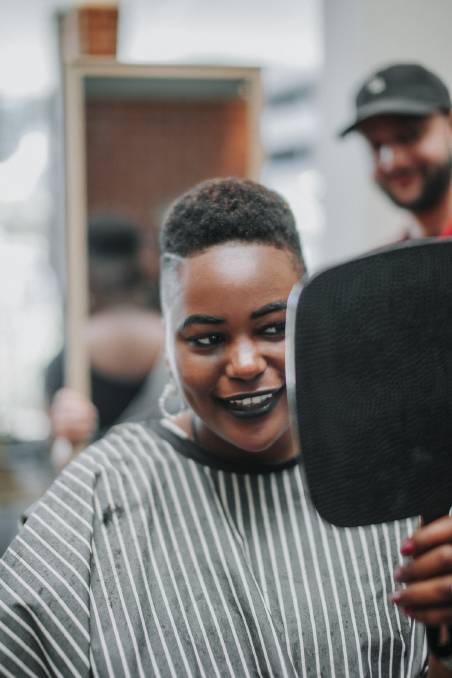 Satisfaction is the ultimate outcome and the happy faces of those who have participated is the best possible outcome the team at Short Back & Sidewalks can wish for.

Mr Hollywood is very modest and self-effacing when discussing his involvement in the rise of such a diverse and inspiring community outreach program and its success.

But the difference Short Back & Sidewalks can make to those who feel like life can be too hard, whether they are homeless or at risk youth, can be the catalyst for brighter days ahead.

"We encounter those who have suffered domestic violence, substance abuse and young people who have been kicked out of home for their gender identity," Mr Hollywood said.

"To us they are all people who deserve a better life, a chance at achieving that better life and they have become our friends.

"Our volunteers get just as much out of giving haircuts or braiding people's hair and making those connections.

"It is a boomerang effect.

"Not only do we provide a service for those in need, but it makes a difference to us too."

Short Back & Sidewalks has made an undeniable impact since its inception and while changing societies perceptions may take time - they have certainly made extremely good use of their time thus far.

If you have been inspired to either volunteer or donate to such a worthy charity please take the time to look them up and help them to continue to make a difference across a range of communities.