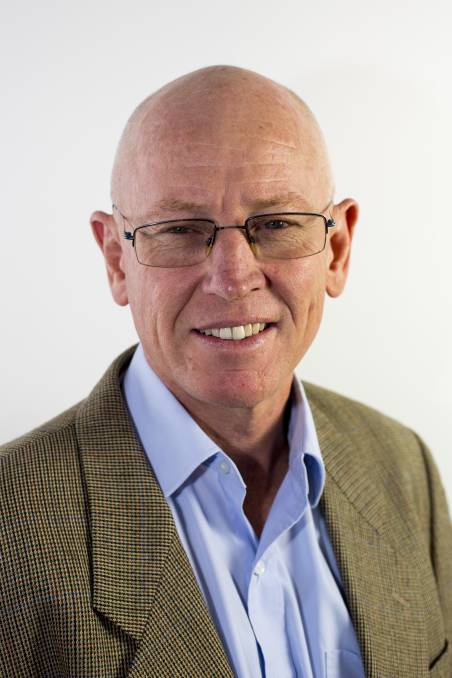 A pending European Union labelling legislation which intends to provide information on a product's environmental credentials will significantly disadvantage all natural fibres, including wool, if released in its current state.

And according to newly elected Australian Wool Innovation chair Jock Laurie, the proposed labelling laws are a critical threat to Australia's wool industry

"We need to make sure we are all on a level playing field, particularly at a time when you have everyone talking about environmental issues and sustainability," Mr Laurie said.

"A sustainable fibre like wool struggling because of labelling laws to compete with synthetics......that's quite extraordinary.

"If it plays through in Europe, that model could be utilised by any of the other major wool destined markets around the world."

AWI's program manager for fibre advocacy and eco credentials Angus Ireland said the EU's intent is to have all of their products with an environmental label showing the size of their footprint through a scheme called PEF - Product Environmental Footprint.

The PEF project could soon become the most influential market-facing reporting system for environmental credentials.

"The EU Council are confident that EU consumers, if they are confronted with an easily understood label, will always vote through their wallets in favour of the planet," Mr Ireland said.

"The whole system is designed to discriminate based on footprint size and using consumers as the tool.

"Our concern for wool is that is the label goes out in its current form, which is not credible, it will have significant harm on the fibre types that are disadvantaged, and pretty much that is all natural fibres."

Mr Ireland is heading the group lobbying against the EU Council labelling laws in their current form.

He said they have raised their concerns as well as posed solutions and provided improved methodology to the EU's deputy director of environment, Joanna Drake.

"Ms Drake was open to our ideas and welcomed future meetings, as well as for us to put forward discussion papers," Mr Ireland said.

"We are not throwing stones. Part of the lobby process is pointing out the flaws and weaknesses before the legislation decisions are made at the end of the year."

One of the concerns raised was the disconnect between the EU Council's circular economy plan and PEF.

According to Mr Ireland, the circular economy action plan says when it comes to textiles, long-life clothing that is used for a long time by the first owner, then is used by a second owner and ultimately recycled at the end of life will save the planet from a textiles perspective.

"That is clothing like wool, one that has a long life and then is readily recycled, either pulled apart and spun into new clothing or down-cycled into insulation products because of wool's flame resistance," Mr Ireland said.

"When we pointed out those things to Ms Drake, she admitted they have more work to do."

AWI are also working closely with other natural fibre industries including cotton to achieve common wording in their responses to the EU Council.

"We are working on getting a huge ground swell of responses from across the globe pointing out these deficiencies to the EU Council so they can see it is a big deal and it is going to have serious adverse impacts," Mr Ireland said.

"There are solutions, we just want to get the EU Council on board before their deadlines for adoption."

The EU Council had 2021 earmarked that the legislation would be decided in 2021, but the PEF labelling scheme has fallen behind due to COVID interruptions.

Mr Ireland expects the legislation adoption will now look more like 2023, or at best, the end of 2022.

Mr Laurie said it is critical to continue the work against the proposed legislation to ensure the wool industry remains profitable and to keep people in Merino productions.

"We have to continue to fight so we don't get impediments in the market lie this and we actually have people that want to purchase wool," he said.

"We need as many buyers on the rail that we can get for our product so that we can continue to get increased competition which will lead to a far more sustainable industry longer term."

Mr Laurie said as markets reopen after COVID, what their requirements are when it comes to environmental issues is also going to be a challenge.