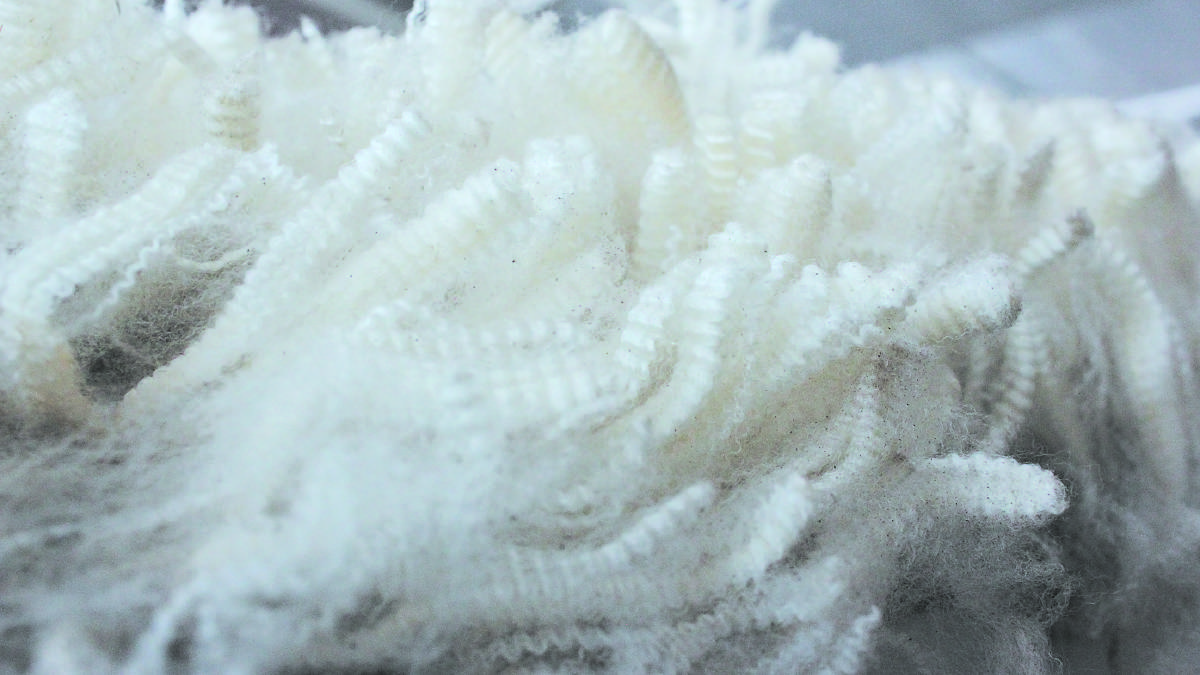 WOOLGROWERS and brokers saved their biggest offering of the 2020-21 selling program at the Western Wool Centre (WWC) for the final week, last week.

Returning to the WWC after a previous week without live wool auctions, brokers put 11,291 bales up for auction last week.

Sales reflected the 2020-21 season generally, when compared to the previous season - more wool was offered and sold, but sold on average at lower prices.

This was borne out by Australian Wool Exchange (AWEX) statistics on national turnover from wool sales - AWEX does not publish stand-alone turnover figures for the WWC.

According to AWEX, gross national turnover from those bales sold last season topped $2.246 billion, which was $274 million more than the previous season's turnover. 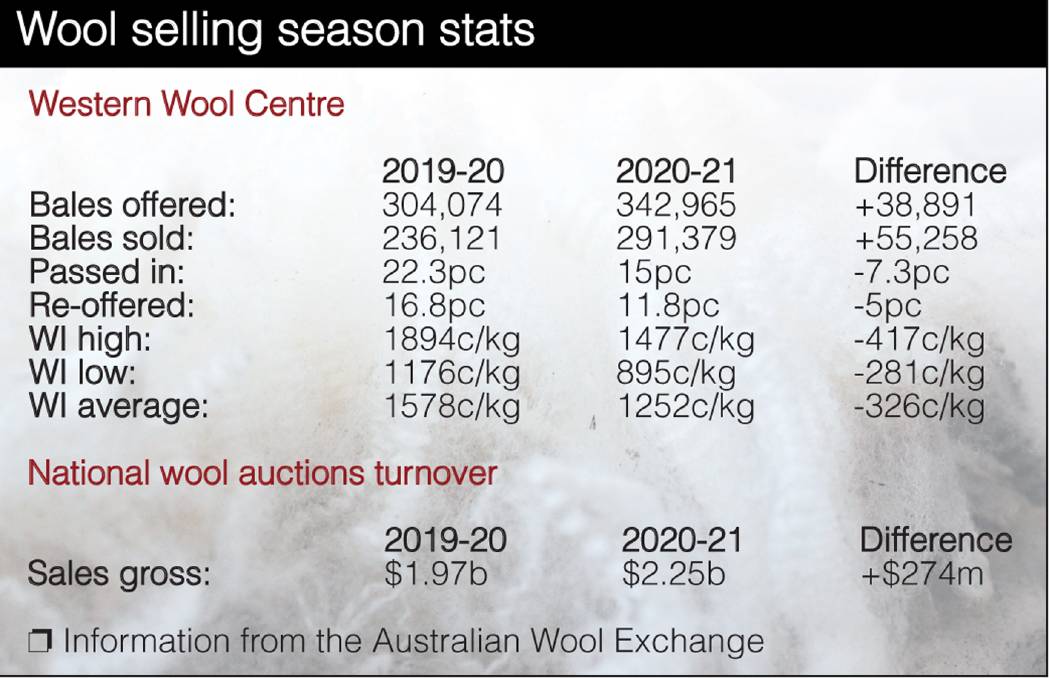 At the WWC, the overall passed-in rate last season was back to 15.2pc of lots offered, compared to 22.3pc the previous season, with a smaller percentage - 11.8pc compared to 16.8pc - of the larger WWC offerings having been put up and rejected by buyers previously.

Whether a very promising early start to the cropping season across WA had convinced mixed farmers to declare farm income from wool sales in tax returns for the just-ended financial year, rather than carrying it over to the current tax year, is unknown, but could well be a factor driving bigger than usual wool volumes in the last quarter of the season, according to brokers.

When offerings began to shrink, dropping several hundred bales for the past two weeks of May and the first week of June, two weeks a fortnight apart in June without live auctions at the WWC restored supply and, to some extent, demand.

"There's still quite a lot of wool about, which is unusual for this time of year," said Australian Wool Network 's WA wool manager Greg Tilbrook last week.

"Unfortunately, a lot of the wool that is about is towards the broader end (of the micron range) and that has proved to be less in favour with buyers," Mr Tilbrook said.

"But the good support that we've seen for the finer, better types continues."

The WWC's final-week biggest seasonal offering coincided with a large national offering and wool buyers who appeared to have already closed off their accounts after paying season-high prices in all WWC micron segments except Merino cardings, a fortnight earlier.

In the intervening week when the WWC had not traded, prices at Eastern States' selling centres increased further, which meant woolgrowers there had more to lose than WA woolgrowers in the price slide on the first trading day last week.

As technical controller Andrew Rickwood explained in his WWC market report, "as Fremantle (WWC) did not sell last week, it did not enjoy the gains felt in the east".

"Due to this fact losses, experienced in the east today, were not as severe in the west," Mr Rickwood said.

The WWC mid to broader micron price guides lost most the first day and the finer microns caught them up on the final trading day of 2020-21.

Merino carding maintained a seasonal trend of doing the opposite to Merino fleece by gaining 29c in the past week of 2020-21 to finish at a seasonal high of 1303c/kg.

Traditionally at the WWC, the first week of the new selling program is a big one.

But, given the prices slide with the big offering at the WWC last week and the size of the national offering this week, brokers are tipping many of the bales listed in this week's catalogues will be withdrawn from sale before they go under the hammer at the WWC.

After this week, AWEX selling centres are scheduled to auction wool next week and then shut down for the annual three-week recess.

Demand for wool this week and next week is likely to largely depend on how many and how big the orders are that buyers are still trying to complete before the recess.