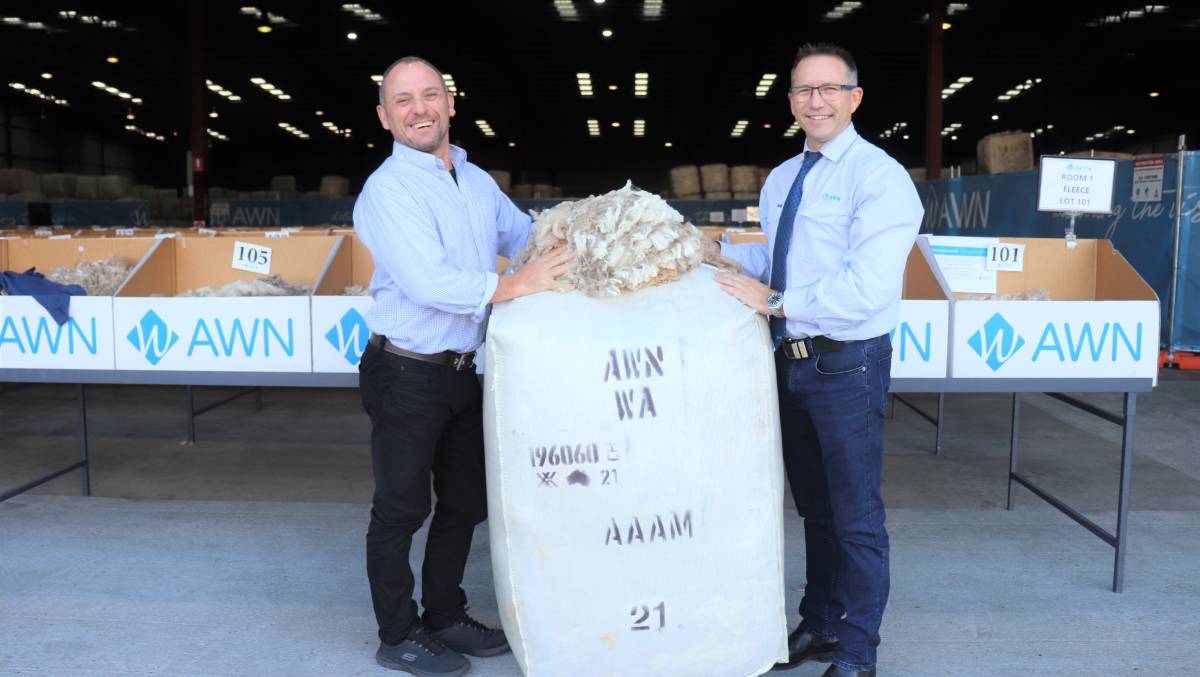 Endeavour Wool Exports' Western Australian buyer Steve Noa (left) and Australian Wool Network's State wool manager Greg Tilbrook with the bale and a sample of the wool inside it, which raised more than $2000 for the Royal Flying Doctor Service.

"We are very aware of how important the RFDS is to families in country areas..."

MORE than $8000 from the final sales for the 2020-21 season at the Western Wool Centre (WWC) two weeks ago will be donated to the Royal Flying Doctor Service (RFDS).

Between them, wool brokers Dyson Jones Wool Marketing Services and the Western Australian branch of Australian Wool Network (AWN) donated three bales of wool, which were auctioned as part of their fleece catalogues but with the proceeds donated to the RFDS.

Both brokers are part of the national AWN organisation, which has made an annual donation to the RFDS from the final wool auctions each season at Australian Wool Exchange (AWEX) live auction selling centres - WWC, Melbourne and Sydney - for about the past 17 years.

Over those years, AWN has raised more than $180,000 for the RFDS to help reduce the disparity of health service access in rural and regional areas.

It was a good price achieved in a softening market with mid to broader micron wools most out of favour with buyers. 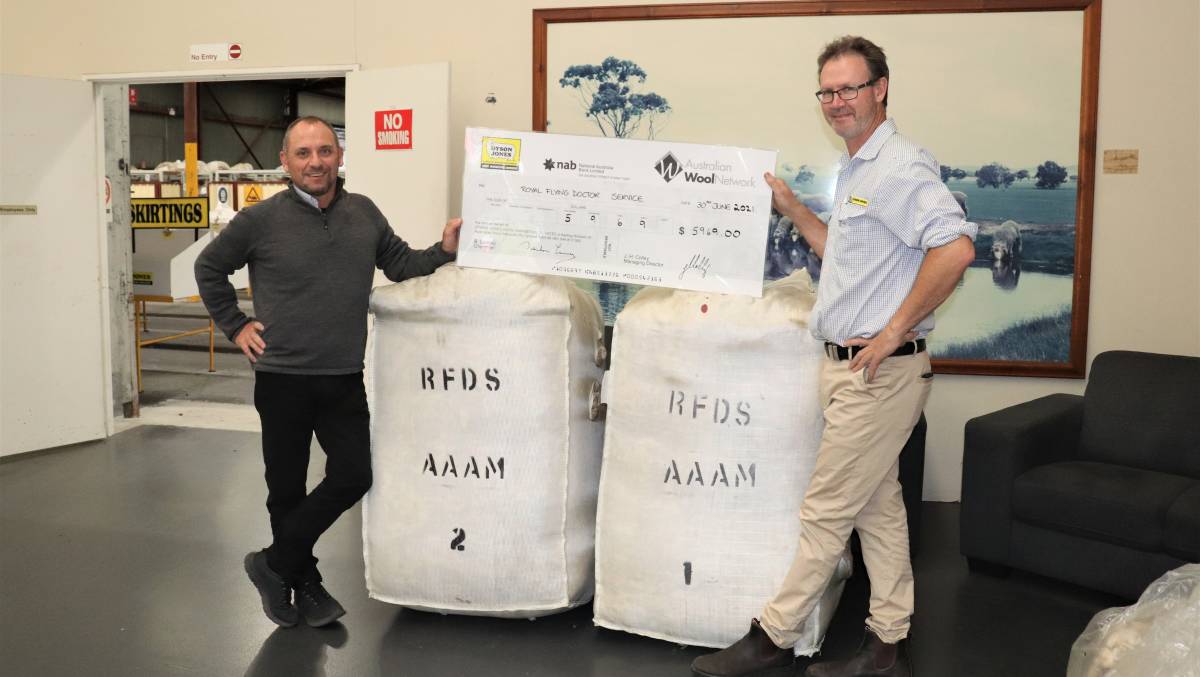 AWN opened its WA branch 12 months ago at the height of the COVID-19 pandemic.

"AWN has supported the RFDS for a long time and as the new local branch in WA, we thought we would like to join the rest of the organisation in doing that, so we donated a bale," said AWN State wool manager Greg Tilbrook.

"We are very aware of how important the RFDS is to families in country areas and we personally know some clients and (retired) former clients who have been transported by the service in an emergency situation who are still with us, probably because of it," he said.

Again, this was a good price in a market continuing to slide and with fine wools also out of favour on the day.

"We (Dyson Jones) have been doing this (donating proceeds from part of a wool sale) for at least the past 10 years and are happy to do it because it's such a vital cause," said State manager and director Peter Howie.

"This year we had a fine wool box and we allocated anything fine from the wool we bought to that and donated it to the RFDS."

Mr Noa said he had contacted Endeavour Wools' head office when he first heard about the donated wool lots in the catalogues and sought approval to buy them.

"(Managing director) Josh Lamb got back to me and said 'go ahead and buy them'," Mr Noa said.

"Everyone knows how valuable that service is to people right throughout regional Australia."

The brokers, AWEX and other organisations involved in the sale of wool waived their normal fees and charges on handling and sale of the three donated bales.

"I want to express how much we value the ongoing and continued support of the Australian Wool Network and Dyson Jones in raising these much-needed funds for our service to keep the Flying Doctor in the air," Ms Pritchard said.

"We all know someone that lives, works and travels around our great State and understand the importance of supporting our vital service for all Western Australians."

Across the three AWEX selling centres, AWN's donated wool raised more than $30,000 for RFDS this year.