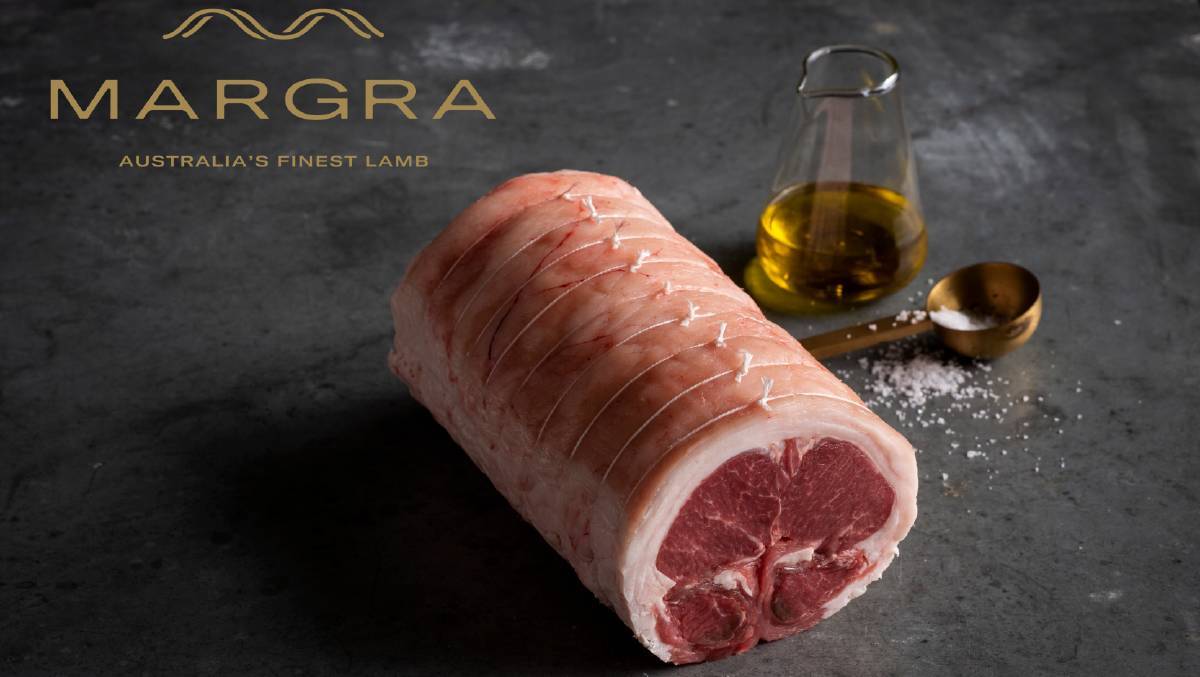 Behind the Margra lamb brand is a clear brand-building strategy.

More than a decade of investment and research into sheep breeding, product development and marketing underpins the burgeoning success of Margra Lamb, which is now being served to diners at some of the world's top restaurants.

It is an amazing success story for a brand that was launched in the middle of the 2020 COVID-19 crisis and has already won the hearts of Australia's best chefs - and several of the leading restaurateurs in Singapore and Dubai.

Margra is described as the "culinary brand" of the elite Tattykeel Meat Sheep Studs, according to company director Tim Leahy.

He said the marketing strategy for Margra was to position this unique lamb meat product for exclusive use in the best kitchens globally.

"We have made a strong start in Sydney, Singapore and Dubai," he said.

"Margra is now sitting on the best tables, in the hands of some of the best chefs in these key cities."

Mr Leahy said Margra had been driven by a clear commitment to - and investment in - knowing the exact specifications of the product, its point of different, verification of its quality, building the brand and seeking external expertise beyond the farm gate.

"We are farmers and we had limited knowledge of the hospitality sector," he said.

"The ability to understand what the best chefs and consumers want from an eat-ability perspective is something we have now learned more about.

"We haven't shirked the brand-building aspect of this project, and that has been a major aspect of making Margra the benchmark brand."

Margra employed one of Australia's top brand agencies, which had been responsible for the rebranding of RM Williams and Uber Eats marketing campaigns, to work with them creating its lamb brand.

The company has developed distribution partners In each of the three cities.

These strategic alignments and networks have been helped by a relationship with Margra brand ambassador, Mark Best.

He is one of Australia's most respected culinary experts.

Tattykeel's directors have long realised the potential of breeding and marketing outstanding genetics during their many years in the seed stock industry.

The Oberon-based stud in New South Wales is run by the Gilmore family and is the "birthplace" of the Australian White sheep breed.

The breed has since built a reputation for its eating quality and outstanding commercial applications in different climatic conditions of Australia.

The commercial relevance of the breed is now apparent, with record Australian White sheep prices being set in 2021.

Research carried out by the Gilmores and James Cook University's Associate Professor Aduli Malau-Aduli have quantified and driven the breeding program at Tattykeel to industry-leading heights.

"Discovering a lamb product with a low fat melting point between 28-35°C, rather than the typical 40-44°C, and a unique fatty acid has been a new paradigm for chefs and consumers," Mr Leahy said.

"This melting point had never been possible before in lamb.

"It means the fat in Margra lamb melts at a point below the average person's body temperature.

"The mouth feel and clean palate is the fundamental difference, compared to other lamb products, due to this melting point and the moisture storing capacity of Margra Lamb.

"It gives us a real point of difference and this is integral to brand development and brand acceptance."

Mr Leahy said it was vital to invest in marketing and distribution systems to take advantage of a product's point of difference.

"In the past, there has been real disconnect between the farm gate and what consumers are seeking," he said.

"The sheep sector has done a good job of marketing lamb but, by-and-large, it remains a commodity without much product differentiation.

"This is changing and we are likely to see more lamb products emerging in future."

Margra lamb is exclusively sourced from the Tattykeel stud and its selected farmer clients who have used Tattykeel genetics for several generations in their flocks.

Tattykeel has been breeding and accelerating the Australian White sheep for more than 10 years.

It has undertaken more than 25,000 embryo transfers in this time to advance the breed.

Australian Whites are a haired sheep that do not require shearing and have a low labour requirement, which is helping the breed make inroads into composite and second cross lamb breeding systems in Australia.

"The demand for Tattykeel sheep genetics, and transition of commercial sheep and cattle producers to the self-replacing Australian White sheep, has been exponential," Mr Leahy said.

"To protect the integrity of genetics, Tattykeel has introduced a breed verification program for commercial stock that have been bred from its rams.

"This means Tattykeel sheep are easily identified in the market and can realise the potential premiums they deserve."

To source lamb for the Margra brand, Tattykeel works with a procurement officer to ensure its clients are providing stock that meet the right genetic parameters and finishing regime.

Mr Leahy said more than 20 of Sydney's leading restaurant chefs were using Margra lamb in their kitchens, including Ross Lusted at the new Woodcut in Crown Sydney.

Celebrated as one of Australia's most original chefs, he has high praise for Margra Lamb.

"Through their rigorous development, the Gilmore family has produced an exceptional eating quality lamb of which I have never had better in Australia," Mr Lusted said.

"We are competing with all proteins on the best menus.

"It is nice to be acknowledged and supported by some of the best chefs in the markets we are working in.

Mr Leahy said the company had done a good job to date, but as it grew the hard work would really start.

It has had support from Meat & Livestock Australia during its brand-build as part of the MLA Co marketing program for brands.

Mr Leahy said the COVID-19 lockdowns in Singapore and Sydney had affected momentum in these markets in 2020-21.

He said food service was highly impacted by the shutdowns.

"Also, as a consumer, you can have a piece of lamb and you don't know the brand, the breed, age or length of ageing after processing," he said.

"By controlling the breeding, genetics, feeding regime, processing and cut specifications, we now know Margra Lamb can compete on global menus against all proteins.

"We are very optimistic about Margra's future growth."