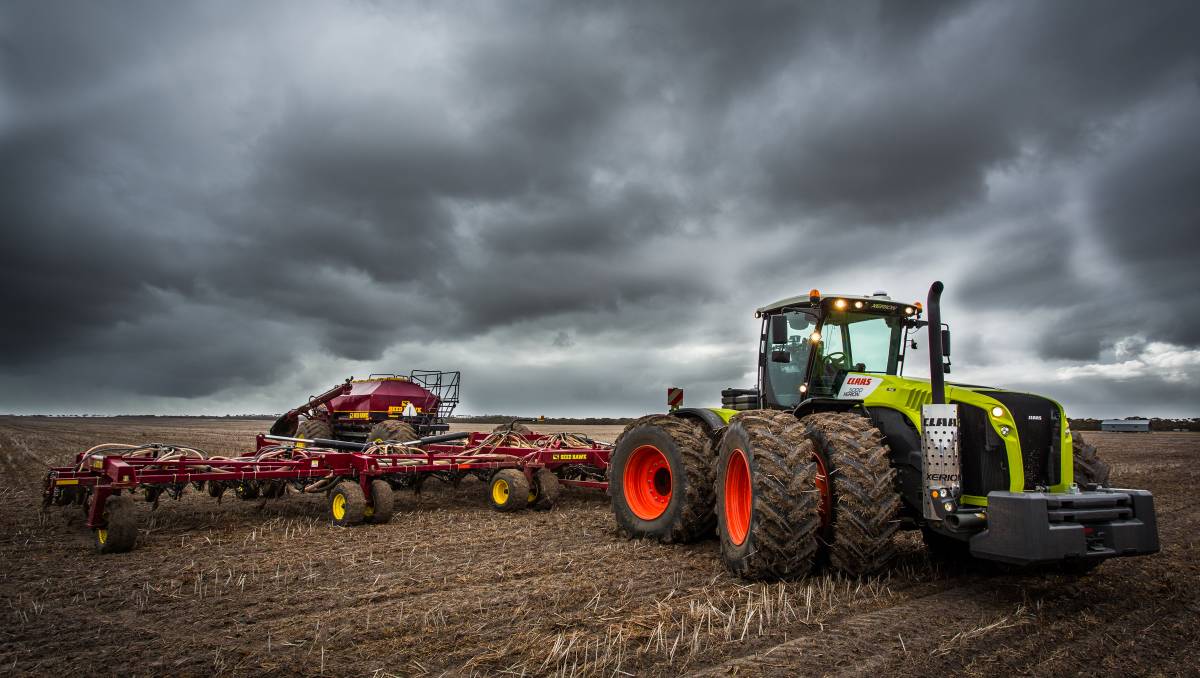 The Seed Hawk concept was developed in 1991 by two Canadian farmers to deliver a precision seeding system suitable for use in minimum and zero-till farming systems.

"This was the first seeding system that not only ensured accurate seed placement, but uniform crop emergence, higher yields and reduced inputs," Mr Tuck said.

"The heart of the unit is the company's patented 'openers', which achieve precise seed and fertiliser placement, even over uneven ground, high trash conditions or at higher operating speeds.

"Seed Hawk has also led the way in calibration, metering, monitoring and emptying systems via the development of numerous innovations, such as Sectional Control Technology, the iCon wireless control system and the Fenix III metering system."

XL and 45 toolbars can be paired with the all-new Seed Hawk 660 air cart, which incorporate independent electronic metering for each section, load cells in each bin and an iPad-based controller for easy calibration, section control or variable rate application.

The smaller Seed Hawk 30 series (6m or 8m) has a three-section frame that incorporates a 4000-litre on-board split seed and fertiliser tank and folds to a compact 3m. 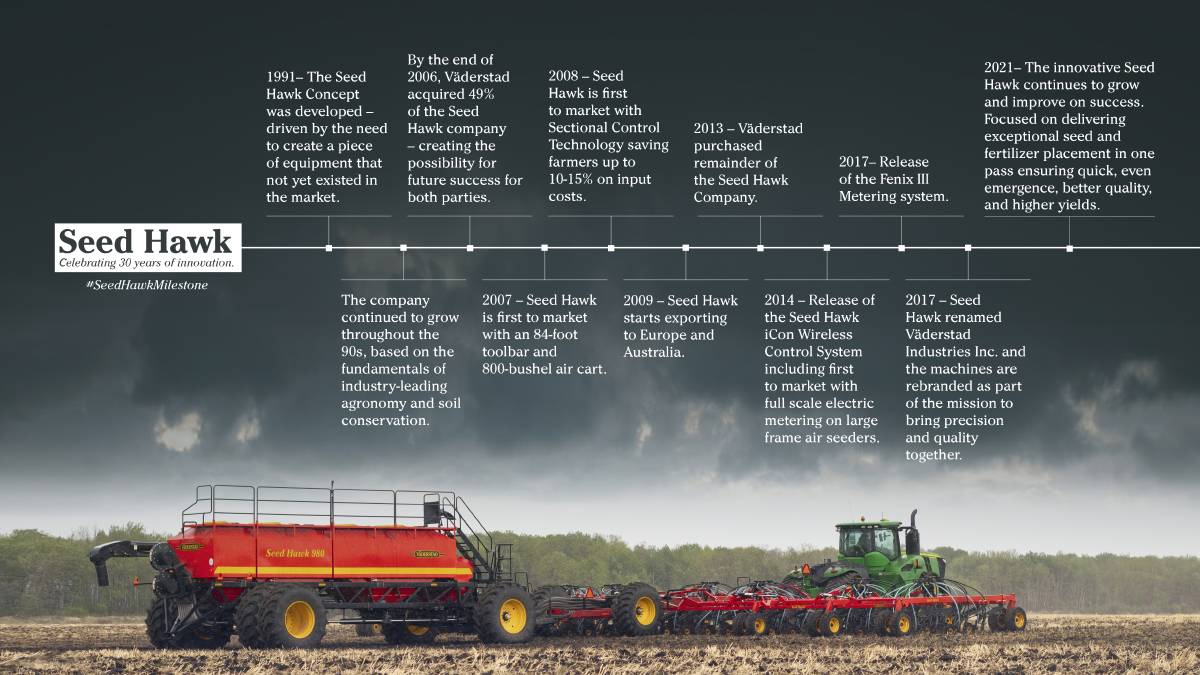 Looking back at the Seed Hawk's key milestones over the past three decades.

Australia is one of the key export markets for Seed Hawk, accounting for an estimated 25 per cent of global sales.

The Seed Hawk platform has created a loyal following for its reliable performance in a range of operating conditions, with more than 750 units now in use throughout Australia.

The first complete Seed Hawk tool bar was imported in 2004 by Coonabarabran district farmers, Ambrose and Lisa Doolan, for use in their zero-till cropping system.

Impressed by its performance, the Doolans established their own distribution business and began exhibiting at field days in NSW.

Mr Needham quickly realised the impracticality of transporting a full-scale unit around the country and set about building a unique demonstration rig that could be towed and operated by a 4WD vehicle.

"The whole thing was made in my garage - the neighbours wondered what on earth was going on," Mr Needham said.

"When we finished it, I had to take it down to the RTA to get it registered and their engineers didn't know what to make of it."

In 2011, Vaderstad appointed Landpower - one of the largest privately-owned farm machinery distributors in Australasia - as the Australian distributor for Seed Hawk.

"We went from having six dealers to 15 overnight - and now we have nearly 30 - and this had an obvious impact on sales," Mr Needham said.

Vaderstad machinery is distributed in Australia by Landpower via selected Claas Harvest Centres and independent dealerships.