BP has transferred its pine plantation contracts, which span about 2300 to 2400 hectares from Williams to Wellstead, to Ents Forestry allegedly without notifying landowners. Beverley and Geoff Kowald's pine plantation is in a poor state and some trees have been left to die. Photo by Geoff Kowald.

"I would prefer to be able to take the land & trees back & if we want to go down the path of wood chips etc, then we are in charge of that," he said.

LANDOWNERS who have pine plantation contracts with BP Kwinana Refinery say they were blindsided when they found out the contracts were being taken over by Ents Forestry.

Ents Forestry is a forest management and consulting company that has taken on 107 contracts from BP.

The plantation covers about 2300 to 2400 hectares, stretching from Williams to Wellstead.

BP contracted the Forest Products Commission (FPC) to manage the plantation and take care of any maintenance up until 2014.

Under the agreement, harvest revenue involved 70 per cent going to BP and 30pc to landowners.

The plantations were established about 25 years ago and most had a term of about 40 years, depending on the contract.

Throughout this time, landowners have said they received very little communication from BP, or FPC on behalf of BP, in regards to the upkeep of the plantations.

As a result, the landowners allege some plantations are now in a state of disarray, including many trees appearing dead on some properties. 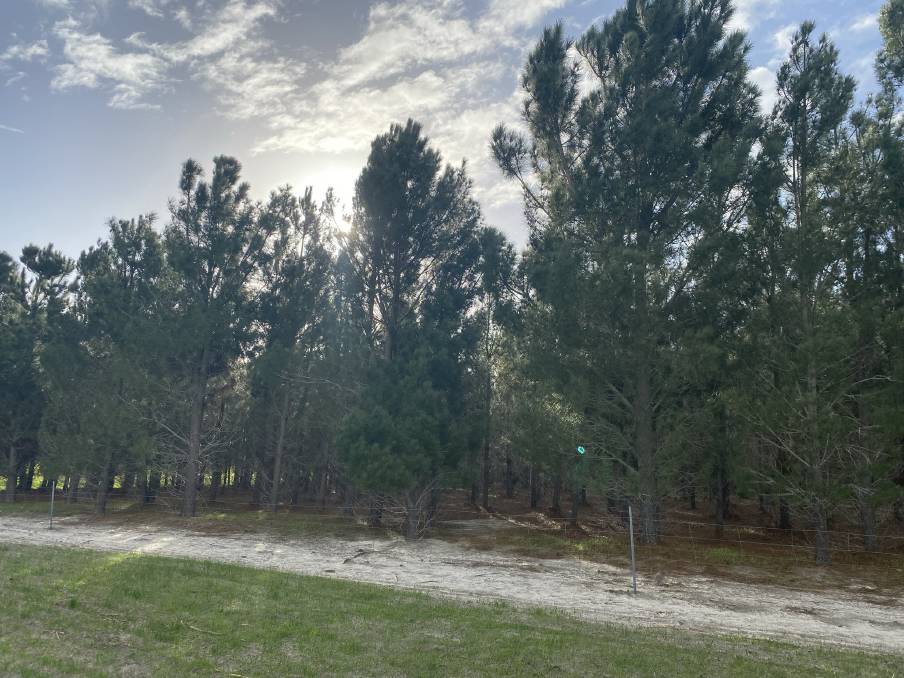 Farmer Luke Oliver, from Tambellup, hopes to take back the land and trees which are held under the contract.

And landowners said they had no idea of the contract being taken over by Ents Forestry until they received a letter from the company notifying them of that.

"BP has recently reviewed its forestry business, in particular the pine project in the western and southern Wheatbelt established in the last 1990s into 2000s and, according to our records, on your property the review concluded that the project no longer aligns with BP business or company strategy."

About two weeks later, landowners received a letter from BP confirming the change.

Farm Weekly obtained one of the contracts between a landowner and BP, where it stated "the grantee (BP) must not assign its interest or any part of its interest in this deed to any other person without prior written consent to the owner".

A BP spokesperson confirmed that the company had engaged Ents Forestry to take over its pine plantation interests under a deed of assignment.

"BP is working with Ents Forestry and affected landowners to support the transfer, which aims to understand asset opportunities and deliver value to landowners," the spokesperson said.

Luke Oliver farms in the Tambellup shire and has a 113ha pine plantation under contract.

He was disappointed with the lack of communication and was "surprised" that Ents Forestry took over the contract without consulting him.

Mr Oliver is concerned that initially he was told there was not much money in the project but has since been told there is more money in wood chips,

"It just seems to be happening too quick and without any prior notification," he said.

"And the dollar value is also a concern - have we just wasted our time and money?"

Mr Oliver said his plantation didn't seem to be in as bad shape as others he'd heard of.

"If our plantation doesn't get thinned as soon as possible it will start going downhill very quickly," he said.

"I would say we are probably one of the luckier ones, but they probably should have been thinned two or three years ago, if not earlier."

"I would prefer to be able to take the land and trees back and if we want to go down the path of wood chips etc, then we are in charge of that," he said.

"It would be quite easy to get a contractor in and do it ourselves."

Mr Oliver is also planning on starting carbon farming, which was another reason he wanted to take back the land and trees as he sees "this as an opportunity to start again".

Ents Forestry managing director Andy Wright said the company acknowledged that there was concern from landowners, but they would aim to return the plantations back to production levels wherever possible.

"It's our intention for all the contracts to be honoured," Mr Wright said.

"If there is absolutely no value in the trees, for instance if they are all dead, then the kindest thing we can do for everyone is surrender those contracts and then the farmer can get on with doing what they want to with their land again.

"But other than that, our intention is to find markets for the thinnings and try to grow them for saw logs unless the farmer says to us that they just want the trees gone and have their land back.

"So we are meeting with all the owners and getting to know each other and concurrently talking to the markets to try and find homes for those thinnings and try to find contractors who'll cut the wood."

Ents Forestry has identified both domestic and export markets for the pine wood.

"There are markets for either export woodchips for the thinnings, or for fuel wood which can be chips that go into a co-fired power station boiler or can be put into small scale generation boilers like one at Fletcher International Exports, there's one at The Sandalwood Factory (at Albany), at the local Albany swimming pool and there's also the Plantation Energy pellet plant which uses industrial wood to make densified biomass pellets which get exported to international power stations as renewable fuel," he said.

Mr Wright said they had taken on an element of risk with the contracts, particularly given the state of the plantations.

"We actually don't know if there is any value in it for anyone at this stage, we are just trying to do our best to generate some value and we think we can," he said.

"The long-term value is in growing saw logs and in 10 years' time we think there is going to be a very strong market for those saw logs; the plantation just needs to have some treatment now to give them even half the chance of doing that.

"We are taking on some risk and we share the risk in the share farm agreement in the project, but it has to be done well to produce something of value at the back end."

Beverley and Geoff Kowald farm at Katanning and have a 5.8ha plantation under contract.

Ms Kowald said she was "upset" that the contract could be signed without any communication with them.

"Ents Forestry is receiving a potential asset which could have been ours and we (have to) wait another 20 years to maybe get a return," Ms Kowald said.

"(The plantation is in a) poor state of health and unlikely to make saw logs.

"They have not been managed at all so are way too thick and some have died."

Ms Kowald wants BP to best its interest back to them, saying, "we would most definitely like the contract to end".

WA Liberal Party member for the Agricultural Region and forestry spokesman Steve Martin is a farmer from Wickepin whose family farming company has nine plantations under contract.

He said he has had several conversations with "fired up constituents" on the issue.

"The main concern from them has been around the complete lack of information - they have been kept in the dark and there's been years of silence (throughout the contract term)," Mr Martin said.

"Landowners want more information about what is going to happen next on their land."

FPC business services director Andrew Lyon said the transfer of the contracts did not involve FPC.

"Forest Products Commission does not and has never held any ownership of these plantation estates, nor does FPC have any involvement in the transfer of interests between BP Refinery Kwinana and Ents Forestry," Mr Lyon said.

"FPC was engaged by BP Refinery Kwinana as a service provider to manage their pine plantation estate up until 2014."

FPC owns and manages other plantation contracts with landowners which it plans to retain.