Performance Corriedale Group is carrying out a trial to measure the breed's quality. 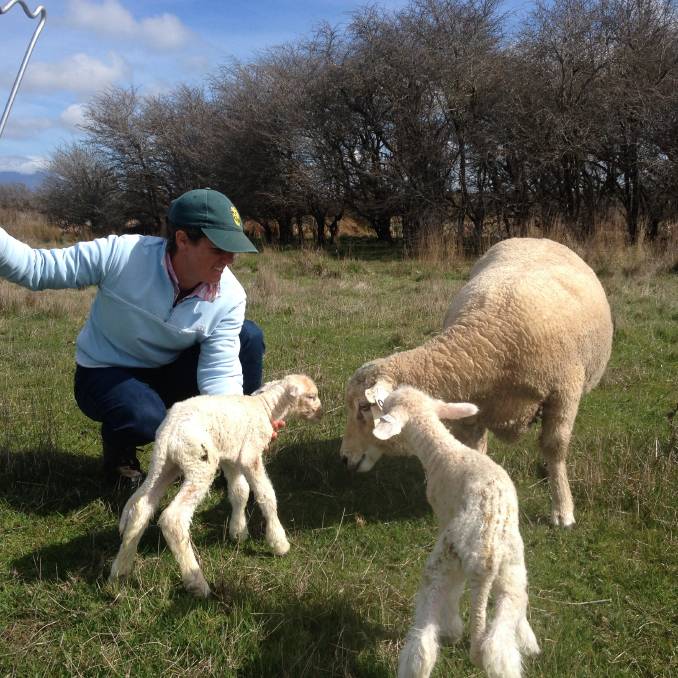 I was particularly impressed with the intramuscular fat with almost three per cent of carcases having over 8pc intramuscular fat. - Professor Wayne Pitchford, Davies Livestock Research Centre

For Peter Blackwood, the Performance Corriedale Group was focused on ASBVs for profit traits, but he felt like there was a piece of the puzzle missing.

Mr Blackwood, Blackwood Corriedales, Evandale, Tasmania, said as a group of likeminded breeders, the Corriedale Performance Group initiated a trial to find out the quality of Corriedale lamb being produced by members' flocks and the broader Corriedale breeders.

The small group then set up how to progress the idea, including numbers of sires, lambs on the ground, funding, timeframe and where to actually run the trial to achieve meaningful results.

Over three years, the group artificially inseminated, as well as naturally mated in 2019, Corriedale ewes to 44 sires at Cressy, Tasmania, with 764 lambs raised to slaughter. These lambs were weighed at birth and mothered up by Claire Blackwood and Victoria Archer, Quamby Plains.

"The measurements started from this point, and went on to weaning weights, muscle and fat scanning, wool traits measured at shearing, and physical recording of body types and fleece characteristics," Mr Blackwood said.

One breeder who participated in the trial was Brenton Lush, Corriedale Hills, South Australia. "Being a part of the trial and going to Tasmania to help do some of the work was a real highlight of the year for me," he said.

"Peter and Claire Blackwood and Victoria Archer did an outstanding job with the bulk of the trial work, but the other contributing breeders had the chance to go over and do some of the work, and it really helped us understand how the trial worked."

"By being involved in the trial, I hope to not only see where my sheep fit within the Corriedale breed, but where the Corriedale fits within the industry. Most of the work done in the sheep industry is based on four or five major breeds, so working with MLA and University of Adelaide has given us, as a smaller breed, a chance to find our place in today's industry and build into the future." 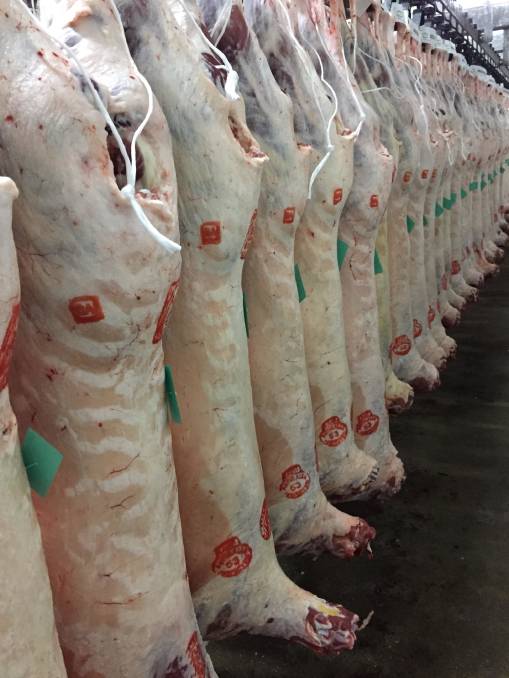 IMPRESSIVE: Corriedale carcases in the chiller at Frews Foods International, Stawell, as part of the trial.

For breeders to get value from genomics, they must have animals closely related to their own recorded and genotyped. And this was achieved by the Performance Corriedale Group working closely with Professor Wayne Pitchford from the Davies Livestock Research Centre, University of Adelaide.

The project was funded by breeders which was more than matched by the Davies Centre and then matched again by Meat and Livestock Australia's Donor Company.

Professor Pitchford said the Davies Centre was motivated to be involved due to the close involvement with breeders and for the opportunity to train Honours students.

"I was delighted that we were able to attract Hannah Gordon in 2018 and Sarah Welsh in 2019," he said. "After finishing, Hannah worked at Cox Rural in her home town of Coonalpyn, SA, and has recently returned to farming fulltime with her father. Sarah is currently doing a Masters in Education with the aim of becoming a high school agriculture teacher. Both students had a fantastic experience with access to good data, the opportunity to travel and working closely with the Performance Group members."

Lambs were slaughtered at an average carcase weight of 21 kilograms. When processing meat, Professor Pitchford said it was important to maximise meat quality both in terms of meat safety and eating quality.

"Thus, carcases are rapidly cooled to maximise shelf life," he said. "Sometimes, especially for lean carcases, they cooled too fast, which is termed cold-shortening, resulting in tough meat. This is prevented by using electrical stimulation and by ensuring carcases have sufficient fat cover. This is likely the cause of some high shear force values shown. In addition to this processing effect, there is also some (albeit small) genetic variation in tenderness."

He said high levels of IMF were associated with less likelihood of being tough as well as having direct benefits to eating quality.

"The high variation in IMF demonstrates some excellent performance and ample opportunity for ongoing improvement. I was particularly impressed with the intramuscular fat with almost three per cent of carcases having over 8pc IMF," he said.

Trial results will be reported to breeders as sire means as well as through Sheep Genetics as ASBVs.