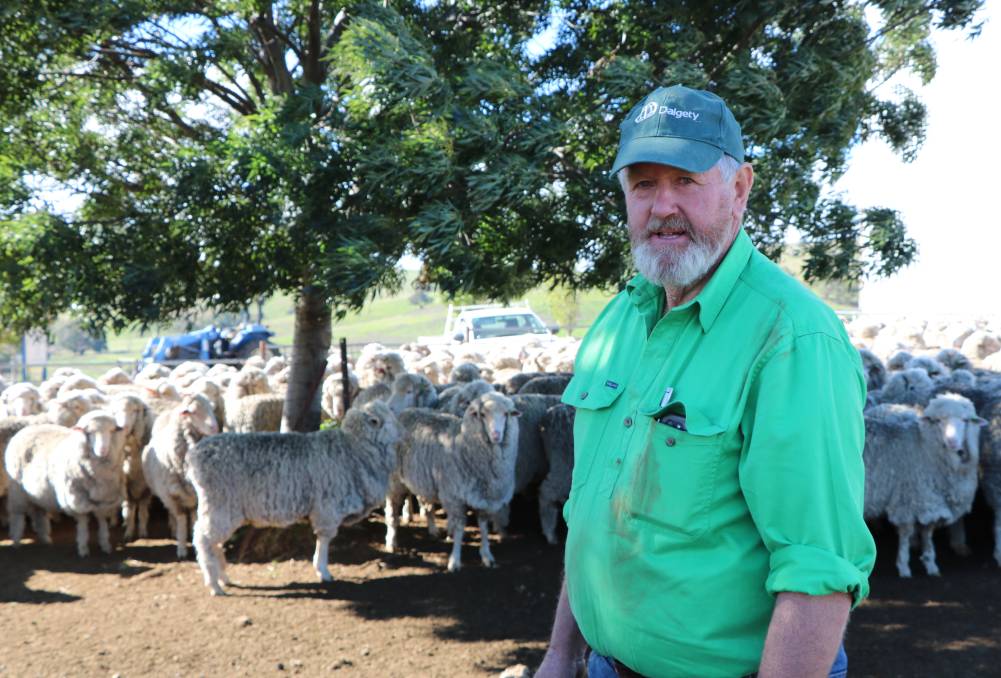 IN FOR THE LONG HAUL: Brian Anderson, Lower Sylvia Vale, Binda, has been buying Hazeldean blood for more than half a century.

Increasing wool production and quality is a focus for Hazeldean. 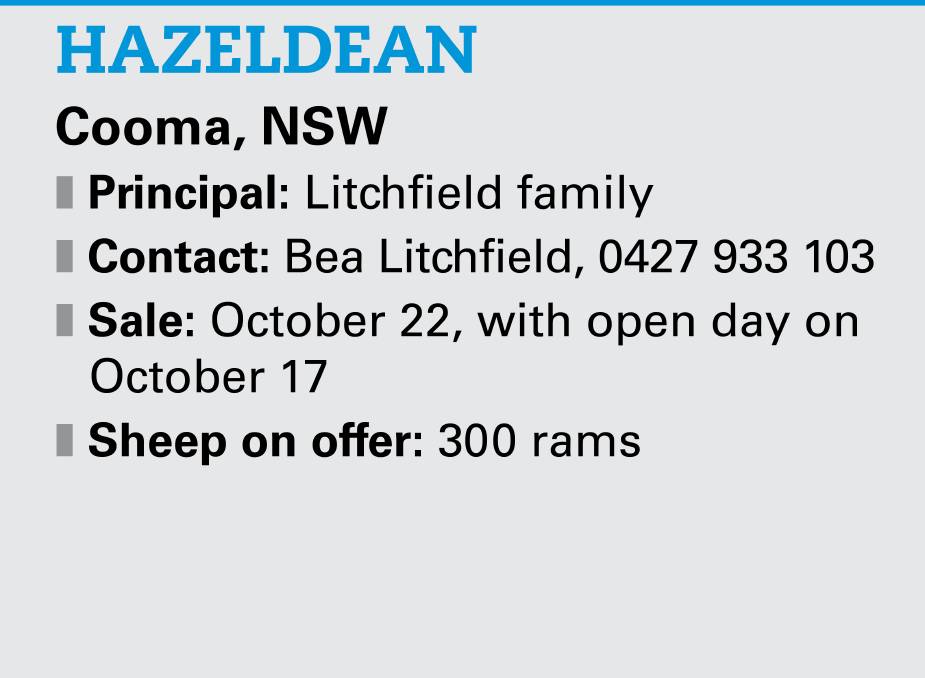 This is Brian Anderson's belief, and it seems to be working pretty well for the Binda Merino producer, who has been getting the nod in plenty of ewe competitions.

And there is one thing that has stayed constant for the lifelong Merino breeder - he has been buying Hazeldean stud, Cooma, progeny for more than half a century.

His Merino wool micron averages about 18.5, but he is expecting this year for it to be a little stronger.

He is still to hear back how this shearing went, but he said the fleeces were weighing about six kilograms skirted.

When it comes to both rams and ewes, he is looking for the same kind of animal.

"I want a sheep that stands well, good barrel, stretchy and depth of body, a good head, well-nourished wool, and an even line of ewes," he said.

He aims for rams under 20 micron when buying at least 10 a year from Hazeldean.

The Andersons' sheep used to be classed by Kevin "Dusty" Coves, but these days they are classed by Rick Power, Merino specialist with Nutrien Ag Solutions.

But it is not just the heavy fleeces that has Mr Anderson smiling. He also has sold his wethers on AuctionPlus and has been happy with the results.

In fact, rather than selling his wethers, he is planning on fattening this year's drop at home.

It turns out that Mr Anderson's focus on good, heavy cutting, well-nourished wool is paying off. He took out the 13th ANZ Crookwell Flock Ewe Competition this year, and also won the competition in 2012 and 2017.

He said ewe competitions were a great chance to help lift the performance of flocks and benchmark his flock against others.

"They are very informative, and a good opportunity for discussion with other breeders," he said.

But his best piece of advice is buying what a flock needs.

"When buying a ram, you can't go back in grade," he said.

And that's why Mr Anderson has been using Hazeldean stud rams since he was 13 years old and his father was buying them.

Mr Anderson used to also be a shearer, and he knew from his time in the sheds that Hazeldean produced heavy cutting sheep.

"If you've got a good thing, why change?" he said.

"I'm extremely happy with the wool and the rams."

And increasing fleece weight has been one of Hazeldean's priorities for decades.

Hazeldean's stud stock manager Bea Litchfield said many of the stud's long-term clients use its rams to increase their wool production and quality.

The Hazeldean breeding program has a huge focus on the versatility of rams.

"They've proven they can perform in many different areas," she said.

"We sell rams for studs and commercial operations locally around the Monaro, into the Central West and up to Burren Junction, into Queensland, Western Australia and South Australia, and sell semen to Tassie."

Hazeldean rams have impressive commercial viability when it comes to performance and production.

Ms Litchfield said the stud was continuing to work on early growth and reproduction, and focusing on the number of lambs weaned.

"The data we create makes it more accurate for both us and our clients," she said.

"The indexes of our sale teams are at the top of the industry.

"Using DNA testing is a huge opportunity to drill down on what is happening on the dam side.

"We are now able to identify if a lamb is born as a single, twin or triplet, and whether they are raised that way.

"This affects their performance traits and allows us to better identify those individuals with superior genetic performance for future breeding."

This year the Hazeldean on-property ram sale on October 22 will offer 300 rams.

To give clients an opportunity to inspect rams prior to sale day, Hazeldean will hold an open day on October 17.

The story Half a century in the making first appeared on The Land.