The Dorahy family has worked hard to optimise fertility, growth and resilience in their Cloven Hills composite stud. 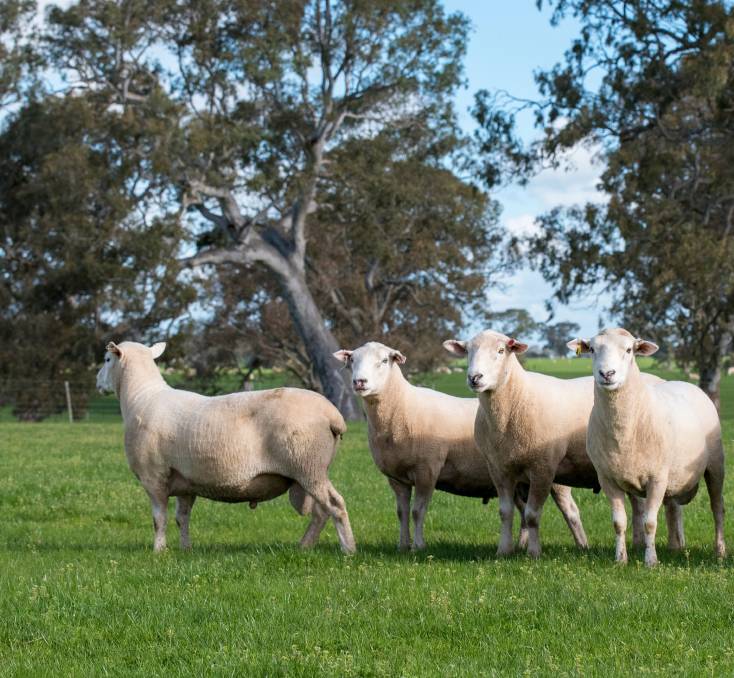 The Dorahy family has worked hard to optimise fertility, growth and resilience in their Cloven Hills composite stud, with performance recording results confirming their position as a leading producer of prime lamb maternal sires.

The Cloven Hills stud at Nareen, Victoria, consistently achieves more than 30 per cent of the top 150 rams in the Sheep Genetics Maternal Carcase Production (MCP+) index, with nine sires currently ranked in the top 10 in the maternal database.

According to Chris and Kate Dorahy, extensive data collection and analysis has underpinned the stud's genetic progress.

"You can't physically see all of the key elements required for successful prime lamb production, such as fertility, shear force and intramuscular fat," Mrs Dorahy said.

"This technology has enabled us to efficiently record large numbers of animals and apply selection pressure for the traits we want to keep, such as low adult weight.

"With the chronic shortage of labour across our industry, handling big sheep is a deterrent and with stocking rates a major consideration for producers, our moderately-sized ewes that maintain condition and fertility are in line with market expectations."

With more ex-bluegum land coming into production, Cloven Hills has joined 6550 ewes this year, averaging 180 per cent scanned in lamb, while the ewe lambs scanned at 148pc, including dry ewes.

"Our aim is to provide an animal that works for each individual client's production needs using Australian Sheep Breeding Values (ASBVs) and physical analysis to customise their ram selection," Mrs Dorahy said.

Demand for their high-indexing rams has grown significantly, with 800 rams and semen sold, including Australia's number one maternal sire, in the past year to buyers from throughout Australia.

"We have always offered very strong value for MCP+ index point and many clients comment on this and as we will offer 500, 2020-drop rams in October as well as our summer sales, we don't see this changing."

Originally running a mix of first-cross and Merino/Corriedale-cross ewes, the Jenkin family made a change to a self-replacing maternal composite flock eight years ago.

They are gradually building numbers up, with the aim of running about 4500 maternal composites on their 1000-hectare property, alongside 400 commercial Poll Hereford cows. This season they have joined 2600 adult ewes and 1200 ewe lambs.

Depending on their requirements, the Jenkin family buy five to 10 Cloven Hills rams annually, selecting for structural soundness, fertility and growth in balance with maintaining a moderate ewe size.

"We are a big believer in ASBVs and in the integrity of the Dorahys selection process and performance measurements," Mr Jenkin said.

"We want a low to moderate birth weight, good weaning weight and post-weaning weight, and a low worm egg count to reduce the amount of drenching we are doing.

"Ewe hardiness is also very important, we have black country that gets very wet and some stones, so we need a robust sheep that can cope."

"We also select for fleece quality as we are hoping to retain some of the wool quality we had with the first-cross ewe base and keep the wool measurement below 30 micron."

Ewes are joined for four weeks in February to start lambing in mid-July and Mr Jenkin has been pleased with the increased fertility of the composite ewes.

"Their maternal attributes are excellent and they are certainly more robust and resilient," he said.

"The lambs are weaned in December and the ewes are back in condition score three at joining with minimal supplementary feeding over the summer."

They have been retaining about 1000 ewe lambs each year to increase numbers, but in the future plan to sell surplus ewe lambs as breeders.

A portion will be sold on AuctionsPlus in December at 38 to 40 kilograms liveweight, while the remainder are weaned, finished on summer crops and sold to local processors at an average dressed weight of 18 to 20kg. 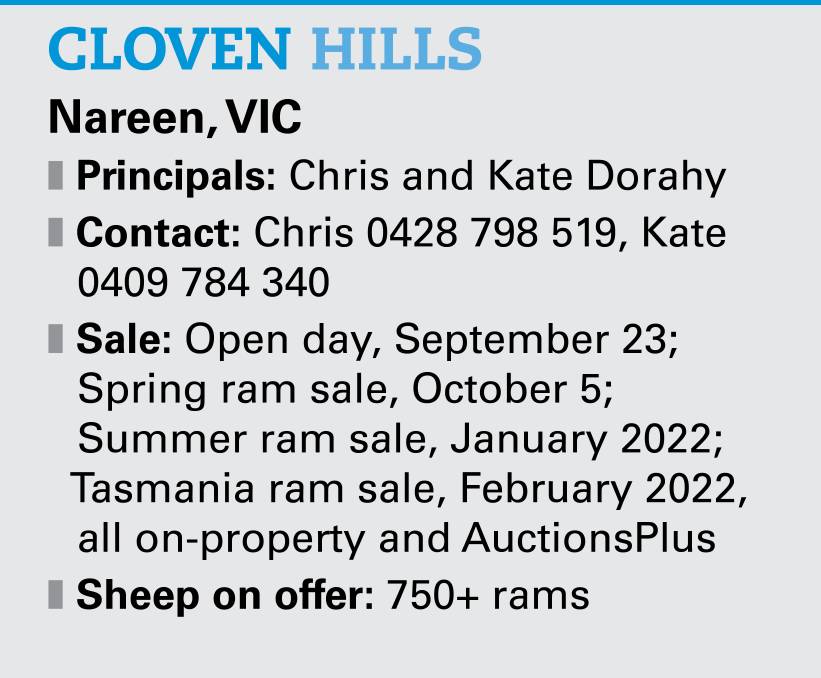